Midway through Macron’s presidency, ‘Esprit’ asks whether we have entered a new political world, with contributions on the crisis of democratic representation, the role of social networks, the mutations of political personalization and new forms of mobilization. 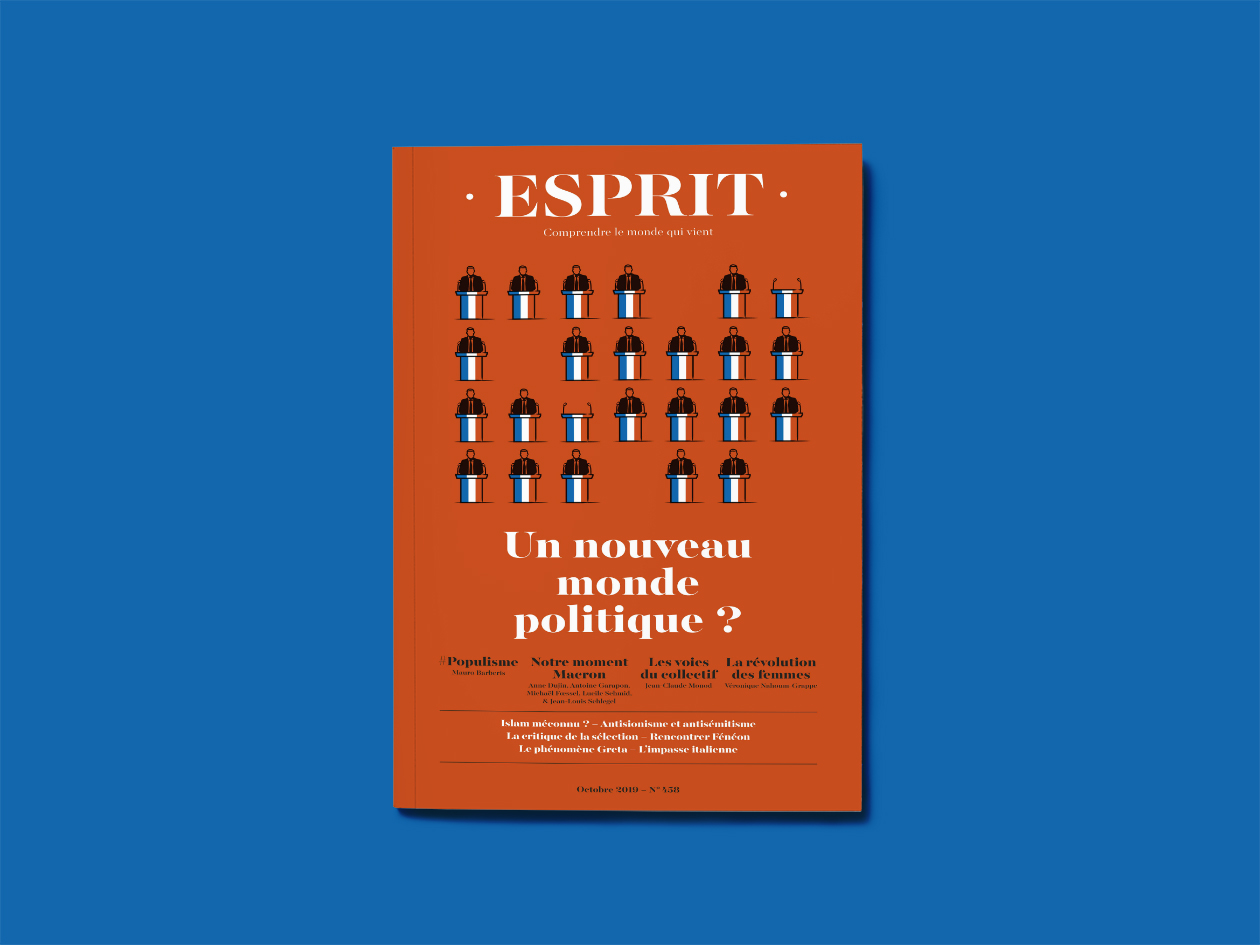 Midway through Emmanuel Macron’s presidency, the editorial board of Esprit debate the political conjuncture, insisting on the continuing importance of the left–right distinction and the relevance of political ecology and debates on social justice. Macron is himself connected to the history of Esprit, having been a member of the editorial committee in the 2000s. The editors review key concerns in the history of the journal – anti-totalitarianism, human rights, the value of civil society – and the anthropological mode in which they have been formulated. As Michaël Fœssel writes: ‘Esprit has a role to play in the coming conflict of anthropologies, which may end in the defeat of democracy.’

Considered as an anti-system candidate amidst the decline of traditional parties, Macron marks a charismatic moment in politics. Yet his power is still contained within the institutions of the Fifth Republic and must respond to democratic demands and challenges. ‘Power that is personal, solitary and top-down is doomed to fail, because it is archaic,’ writes political scientist Vincent Martigny. For Jean-Claude Monod, Trump and Macron have much in common. Today, both are being obliged to consider democratic institutions that they had overlooked. ‘Only movements outside institutions and parties appear to meet the urgency of contemporary environmental, social and cultural issues.’ 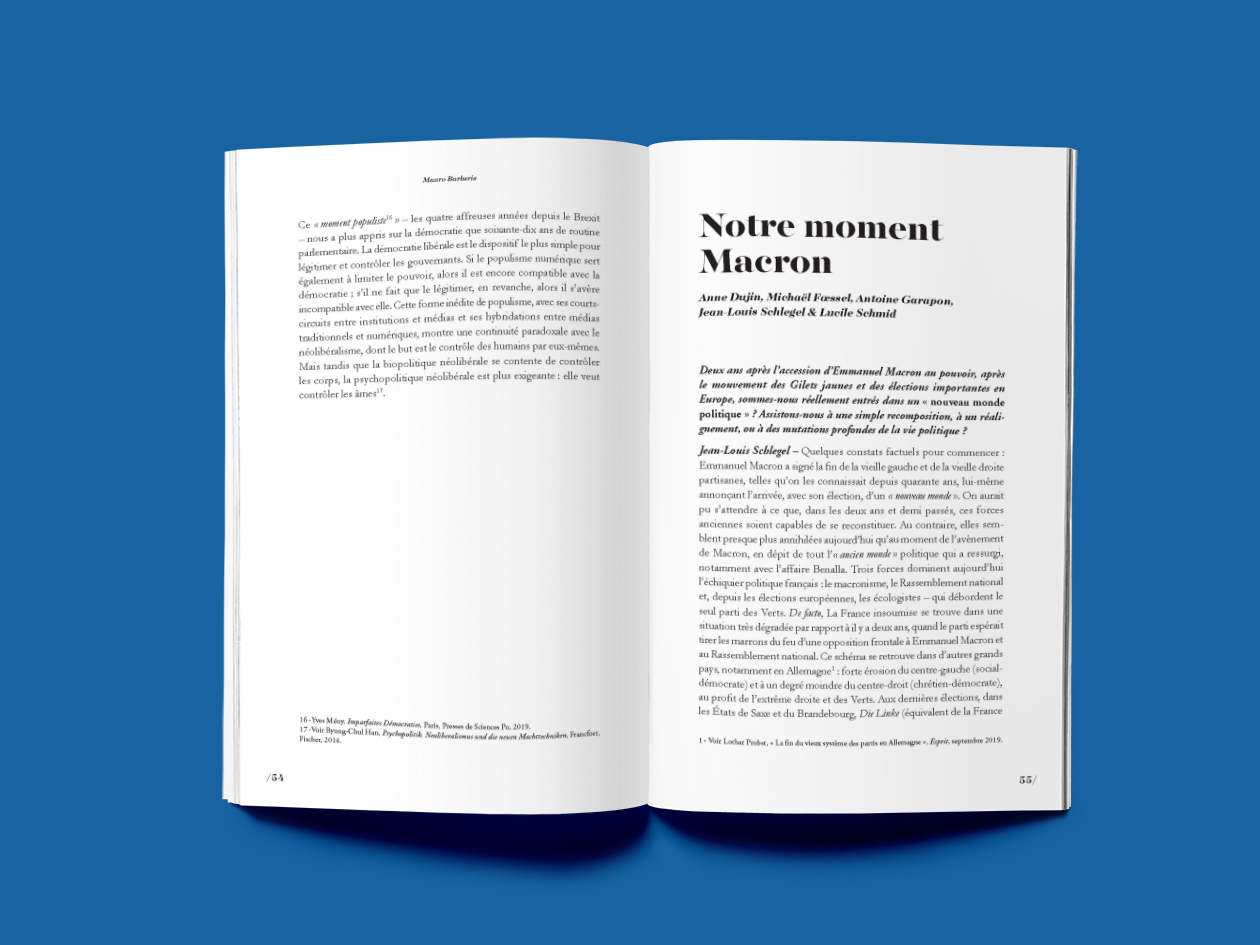 Journalist and activist Erwan Ruty looks at the suburbs as France’s political laboratories. The de-politicization of the banlieues may either result in their conforming to the liberal-consumerist pattern of the French society at large, or in communitarian and ‘indigenist’ withdrawal. ‘Political dreams haven’t disappeared completely from the French suburbs, but only traces remain, like in the rest of French society.’

Anthropologist Véronique Nahoum-Grappe sees #MeToo and demonstrations against domestic violence as signs that ‘the deep historical impunity granted to perpetrators of crimes against women is being disrupted’; and philosopher Jean-Luc Nancy argues for a reflexive relation between European and Islamic cultures, inspired by the history of mathematics and of literature. ‘We can’t expect a post-western, cosmopolitan civilization, but we have to think urgently and in common about how to avoid barbarism.’