Günter Wallraff’s 1985 bestseller The Lowest of the Low (German: Ganz Unten) is a classic of investigative journalism that turned its author into a national and international celebrity (the book was translated into 30 languages). What’s more, it succeeded in forcing improvements for the Turkish ‘guest worker’ whose working conditions it revealed. But when Wallraff tried the same thing in his 2009 film Black and White – A Journey Through Germany, he was heavily criticized, particularly by the left-liberal media that previously had fêted him. 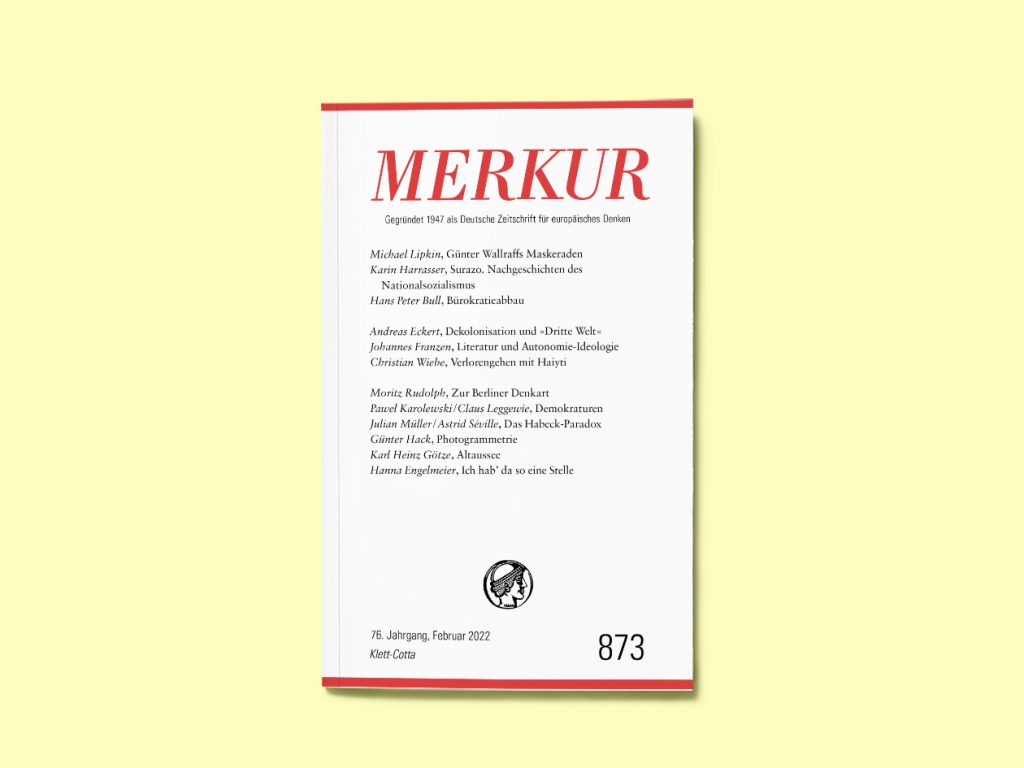 ‘What had changed in the twenty-five years separating The Lowest of the Low and Black and White, and what Wallraff had failed to take into account, was the Americanization of the German discourse around race,’ writes Michael Lipkin. Scepticism about the ability of a white person to understand the experience of racism, not to mention the legitimacy of ‘blackfacing’, caused Wallraff’s techniques to appear less as an exposé of racist structures than as an expression of them.

All critiques ‘pronounced the same contradictory, distinctly American judgment on racism: that, despite much superficial progress, out-and-out racism still exists; and yet, precisely because of this progress, racism has no obvious political or legal solution, and so must be defeated on the battlefield of culture.’

But was there something in Wallraff’s original approach after all? At the time, Wallraff’s methods were criticized from the ‘old Left’ for its ‘subjectivism’. But that was precisely their strength, argues Lipkin:

Racism, in the book’s analysis, serves above all to create the class of workers required to perform society’s most necessary, and for that reason, most degrading labour. That degradation demolishes in turn the sense of self, as well as the sense of common cause, required to organize and resist it. So where in America, the concern with racial justice continues to be regarded as a hallmark of the ‘New Left’, understood broadly as the shift away from the politics of labour the politics of ‘identity’, the racial insights of Ganz unten are wholly consonant with the old one: namely, that even after the ‘humanization of labour’ under the Brandt and Schmidt chancellorships, one of the wealthiest societies in human history still depended on modes of exploitation unchanged since the days when slaves built the pyramids.

Elsewhere in the issue…

Paweł Karolewski and Claus Leggewie on the limitations of ‘adjectival democracies’ – illiberal, authoritarian, imitation etc. – not just because they fail to reflect on the point at which democracies become distinct from non-democracies, but also because they imply that every democracy is somehow ‘defective’.

Karin Harrasser follows the trail of Nazism from the Tyrolean town of Kufstein to Bolivia and back; Julian Müller and Astrid Séville describe Germany’s Green Minister of the Economy, Robert Habeck, as a particularly contemporary politician; and Moritz Rudolph analyses the ‘Berlin mindset’ in relation to itself and rest of the world.

Why organised labour in Estonia is weaker than almost anywhere in Europe; how the gig economy could be made to work for labour; and what familiarity with everyday tools tells us about our plastic fork culture.