A four-day-working-week trial is underway in the UK. The long-awaited attempt to improve the nation’s poor work-life balance and reduce related environmental impacts coincides with the conservative government’s ‘zombie’ prime ministerial handover period – one much more seriously anticipated than the other. 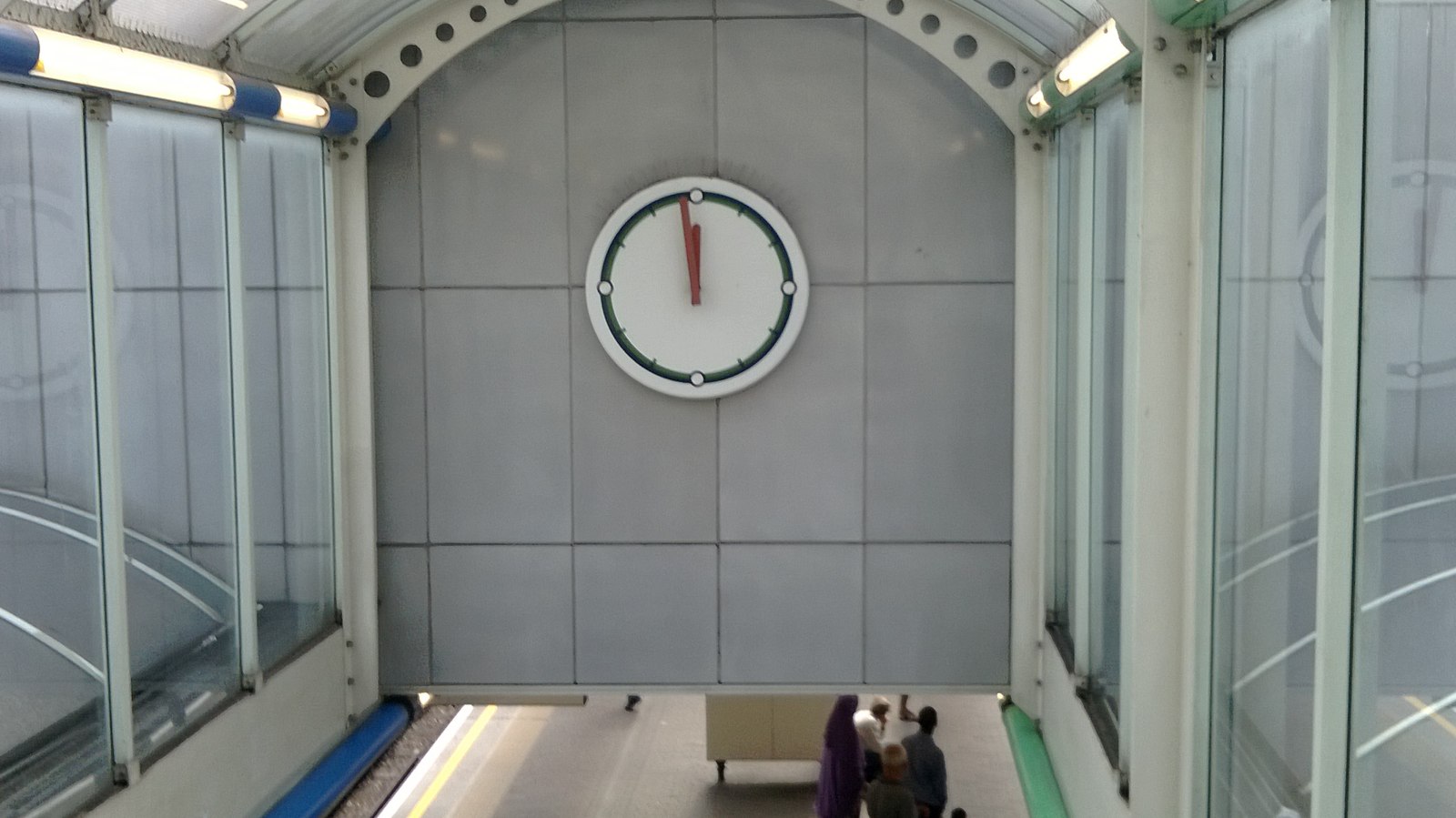 It was suitably impeccable timing. Straight off the back of an extra-long holiday weekend to mark the British Queen’s Platinum Jubilee – one of the more popular offerings of this royal family in recent years – the beginning of the world’s largest four-day week trial hit the press. Bleary-eyed workers, heaving themselves into one of the tougher Monday mornings of the year, were not only encouraged by breakfast TV hosts to imagine a life where every weekend was a long one but introduced to some of the 3,300 UK participants who are now getting that deal for real.

The breadth and almost universal positivity of the trial’s launch coverage is yet more evidence, if it were needed, of the intense appeal that working less continues to carry.

The concept is, in many ways, a communicator’s dream. It offers first a resolutely utopian proposal in a national policy landscape shaped by stunted slogans, meek electioneering and, for the next two months, the grotesque jostling for leadership of the governing party.

The shock of COVID-19 over the past two years also lent the question of working time a quite immediate gravity, and a receptive audience for upturning assumptions in the workplace, even as other aspects of daily life sprung back surprisingly quickly to our pre-pandemic mode. Furlough and Kurzarbeit-type schemes are remembered as instrumental in staving off mass unemployment, and widespread homeworking has defied the predictions that working life would simply revert to form as lockdowns ended.

And finally there is an incontestable practicality to this trial. Its sheer size and diversity are a particular affront to the ‘it’ll never happen’ brigade. Over 70 companies from different sectors, voluntarily offering reduced hours to employees on the same pay, can only give pause to even the sharpest critics, obliged now to not only accept the policy’s obvious business appeal but also reserve judgement for the results.

Despite all this, even its organizers were taken aback by the reaction. ‘The biggest surprise we didn’t anticipate is the intense media interest the companies would be subjected to,’ says Kyle Lewis, Co-Director of think tank Autonomy, which is coordinating the trial with 4 Day Week Global, the 4 Day Week Campaign, and a group of academic researchers. ‘It’s got to the point where some of the companies taking part in the trial have had to stop taking media requests due to the amount of time it was taking up.’

How will the trial work?

Large trials in the past, like in Iceland’s public sector, Unilever in New Zealand and Microsoft in Japan, have tended to be limited to one sector or workplace setting. This trial’s participants range from media start-ups to a brewery, from a seaside Fish and Chips shop to the Royal Society of Biology. Perhaps the only commonality is the task that these companies (and those partaking in upcoming pilots  in Ireland, New Zealand, Australia, the United States and Canada) have been set: to reach the 100:80:100 model – 100 percent pay, for 80 percent of the time, and 100 percent of the productivity. Organizers are keen to emphasise the range of different approaches that these parameters will allow. At environmental consultancy Tyler Grange, for example, all 70 staff will take Friday off, but client accessibility to project data will be improved, and directors will be available to clients on Friday for emergencies. Meanwhile, at the Royal Society of Biology, staff will compress their existing 35 hour, five-day week into 32 hours and four days, but with the office remaining open Monday to Friday.

For Lewis, who has undertaken consultancy for four-day week companies at Autonomy for several years now, ‘one of the issues preventing companies already implementing a trial concerns the lack of data or case studies that they perceive to be applicable to their industry. Hopefully the results of the pilot programme will begin to address this issue.’

What does the four-day week mean?

The business-friendliness, and its strict fidelity to workplace productivity, is also a central characteristic of this trial. In stark contrast to 2019, four-day week campaigners no longer have the transformative ambitions of Labour, particularly its former Shadow Chancellor John McDonnell, to tack onto. Labour’s support not only provided mainstream political patronage, but in its commitment to the creation of a Working Time Commission (with powers to increase statutory leave), stronger trade union powers in legislation, and four additional bank holidays, it gave an overtly political hue to the policy and how its oft-spoken of 21st-century inevitability would actually be achieved.

In McDonnell’s words, people should ‘work to live, not live to work’; in his world, infused with both post-work radicalism and a very orthodox trade unionism, the four-day week was about power. Too often what the electorate took from that pitch was ‘power for the Labour Party’, a reflection of the centralising tendencies that at times characterized Labour’s positioning under Jeremy Corbyn, but also the decades-long absence of a non-moralistic, popular socialist case for workers’ interests (something the UK’s recent national rail strikes have caused a resurgence in, catapulting their figurehead Mike Lynch, the head of Britain’s largest transport trade union, to unlikely media stardom).

The snubbing out of political curiosity in recent years is not entirely comprehensive. In Scotland, the governing Scottish National Party and Green Party coalition is at the early stages of designing a 10-million-pound pilot for participating companies. This could look similar to the Spanish government’s trial for 150 companies, due to launch before the end of this summer. Crucially the subsidies in each of these cases, with 10 million euros in Spain made available as a condition for the leftist Mas País party’s participation in government, could allow even shift-based companies to recruit the additional staff needed to maintain output without overworking existing employees.

For four-day week campaigners in the UK, a certain level of strategic depoliticization is an obvious step in response to the more hostile electoral prospects for the project. But a Panglossian, all-singing all-dancing narrative carries risks. Bringing productivity and profitability to the fore of the argument puts sectors that are heavily reliant on time input, such as care work, at a discursive risk of getting left behind. That is the case even if, as Lewis at Autonomy maintains, the flexibility within their application of the 100:80:100 model does not preclude prioritizing ‘outcomes’ (such as quality of care) over ‘output’ (time spent caring).

More simply, the concept will remain confusing. Many reports of the UK trial referenced Belgium’s new legislation, for example, which gives workers the choice of a four-day week. But this law simply increased rights to compressed hours, with no working time reduction involved.

The business and productivity-friendly platform also makes ambivalent the not entirely settled environmental case for the four-day week. To understand why we need to understand academic Juliet Schor’s two mechanisms by which less work can reduce emissions: the scale effect (via the amount of economic activity) and the composition effect (via the type of activity). For ‘triple dividend’ four-day week advocates of this trial, the latter is the more comfortable terrain. This stems from the environmentally friendlier consumption choices employees might make with more time on their hands – slower travel modes for example, more home-cooking, and the longer-term prospect of escaping the ‘work and spend cycle’ that can drive a high consumption lifestyle.

The scale effect on the other hand, draws a much more direct and empirically established connection between economic activity and environmental footprints. High-output and high-consumption economies tend to have higher emissions. In literature heavily informed by the degrowth school, it is this effect that drives the most ambitious predictions for the environmental potential of the shorter working week.

How could these dynamics play out in this trial? Professor Schor is a lead researcher in the trial, and her team at Boston University is monitoring both company and employee energy use, including fuel, electricity, heating and travel. While they concede that the 100:80:100 model means the focus will be on the composition effect, the results could still be extremely fruitful for assessing the ecological risks of working less. As Giorgos Kallis has suggested, the office lights may be off, but those of the faraway hotel room could be on.

The promise of working less

‘Eight hours for work, eight hours for rest, eight hours for what we will,’ ran the old slogan that defined the working life we know today. As ever, it is the ‘what we will’ that carries the most exciting and upending possibilities of working less. Following Kate Soper’s calls for an ‘avant-garde nostalgia’, we can learn from the past without deference, a past that illuminates all sorts of cultural and hedonistic uses for the surplus energy that technology and free time proffer. The prospect of a less central relationship with work, a less hurried relationship with time, and a utopian counterpoint to the social and ecological degradation that surrounds us, is still the promise held by this trial that matters.

This article was first published in the Green European Journal on 27 July 2022.