How to survive the winter

Heating is no longer as simple as flicking a switch: burning fossil fuels is environmentally unsustainable; and, this year, Europe’s reliance on Russian gas, weaponized by the Kremlin, has created a rush for alternatives. In Ukraine, where power facilities are under repeated attack, existing, pre-war energy efficiency plans have become a lifeline.

Before the war escalated in February 2022, about 20 cities in Ukraine had declared that they would switch to 100% renewable energy sources by 2050. Their plans seemed ambitious. However, it soon became apparent that energy independence was the only viable strategy for survival, and the experience these cities have gained invaluable for other communities.

Zhytomyr, Mykolaiv and Lviv were the first cities to announce their energy-independent strategy. The following outlines the experiences of mayors and deputies in these municipalities preparing for winter despite shelling and destroyed infrastructure.

‘Good morning, strong people of the free city’: since the full-scale invasion began, Zhytomyr’s mayor, Serhiy Sukhomlyn has started every day with this greeting.

He remembers 24 February minute by minute. The city council met at 8am. During the course of discussions, deputy mayors decided they would refrain from dividing into opposing factions until the war’s end; victory became their mutual priority.

‘There is a portrait of Mahatma Gandhi in my office. His philosophy is very close to mine. But where Gandhi’s arguments end, others begin. On the third day of the war, I hung a portrait of Volodymyr Zelensky,’ says Sukhomlyn, looking at the images on his wall.

In 2018, at the Global Climate Action Summit, San Francisco, Sukhomlyn announced that Zhytomyr would switch entirely to renewable sources by 2050. The motivation for a city with 250,000 inhabitants to operate without gas and coal was simple: energy independence and an economic boost.

‘Even before the war escalated, we knew Russia would use gas as a weapon. There are many alternative resources in Ukraine. In 2021, we launched a wood-fired CHP (Combined Heat and Power) plant and bio-plant, saving 7 million cubic meters of gas in one season,’ says Sukhomlyn.

According to the mayor, the war did not prevent the city from implementing its energy transformation. Private investors are developing two projects with state-owned Naftogaz of Ukraine financing 35 million US dollars in energy infrastructure. The city is building its energy future on wood and garbage, implementing a CHP plant and a RDF (refuse-derived fuel) incinerator. 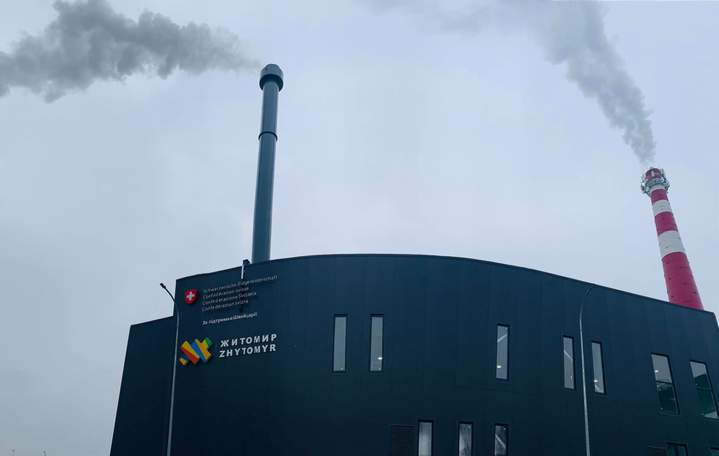 Zhytomyr. The first thermal power station in Zhytomyr, using sawdust as fuel, was opened in November 2021. Photo courtesy of the city council

‘Heating plants in Copenhagen and Vienna utilize over 80% of the surplus heat from waste incineration. The first plant of this type in Ukraine will be launched in November. It would provide more than 30% of the city’s heating and save around 20 million cubic meters of gas,’ says Sukhomlyn.

‘The city’s aim is not only to give up gas but also to reduce energy consumption. In Zhytomyr we are developing several projects on thermal modernization; those in cooperation with GIZ, NEFCO, and the European Bank for Reconstruction and Development have already been successfully implemented. KfW, the German bank, will provide us with a loan to modernize the heating of public infrastructures,’ says the mayor.

According to Sukhomlyn, while normative energy losses in Ukraine are 15%, in Zhytomyr, they are only 4.8%.

The port city of Mykolaiv in the south of Ukraine has been severely affected by the war. Before February, about half a million people lived there, but more than 60% of inhabitants have since left due to daily shelling and destroyed infrastructure.

In Mykolaiv oblast, 500 civilians were killed, and more than 10,000 public and residential buildings destroyed. Nevertheless, the authorities haven’t given up energy independence and switched on the heating on time.

In August 2020 the city joined the Energy Transition coalition and announced a 100% renewable energy goal by 2050. This statement was by no means accidental. As First Deputy Mayor Vitalii Lukov explains, Mykolaiv was moving towards energy efficiency and independence before the war.

‘Together with Lviv, we received the Energy Community Award from the Energy Efficiency Fund in 2020. Condominiums are actively moving towards energy efficiency and the thermal insulation of five blocks is ongoing, even during the war,’ says Vitalii Lukov.

Currently, the municipal utility company provides heating for 60% of the city and the state CHP covers the rest. Over the past few years, the city has installed energy-efficient units in almost all boiler rooms and replaced heating pipes. 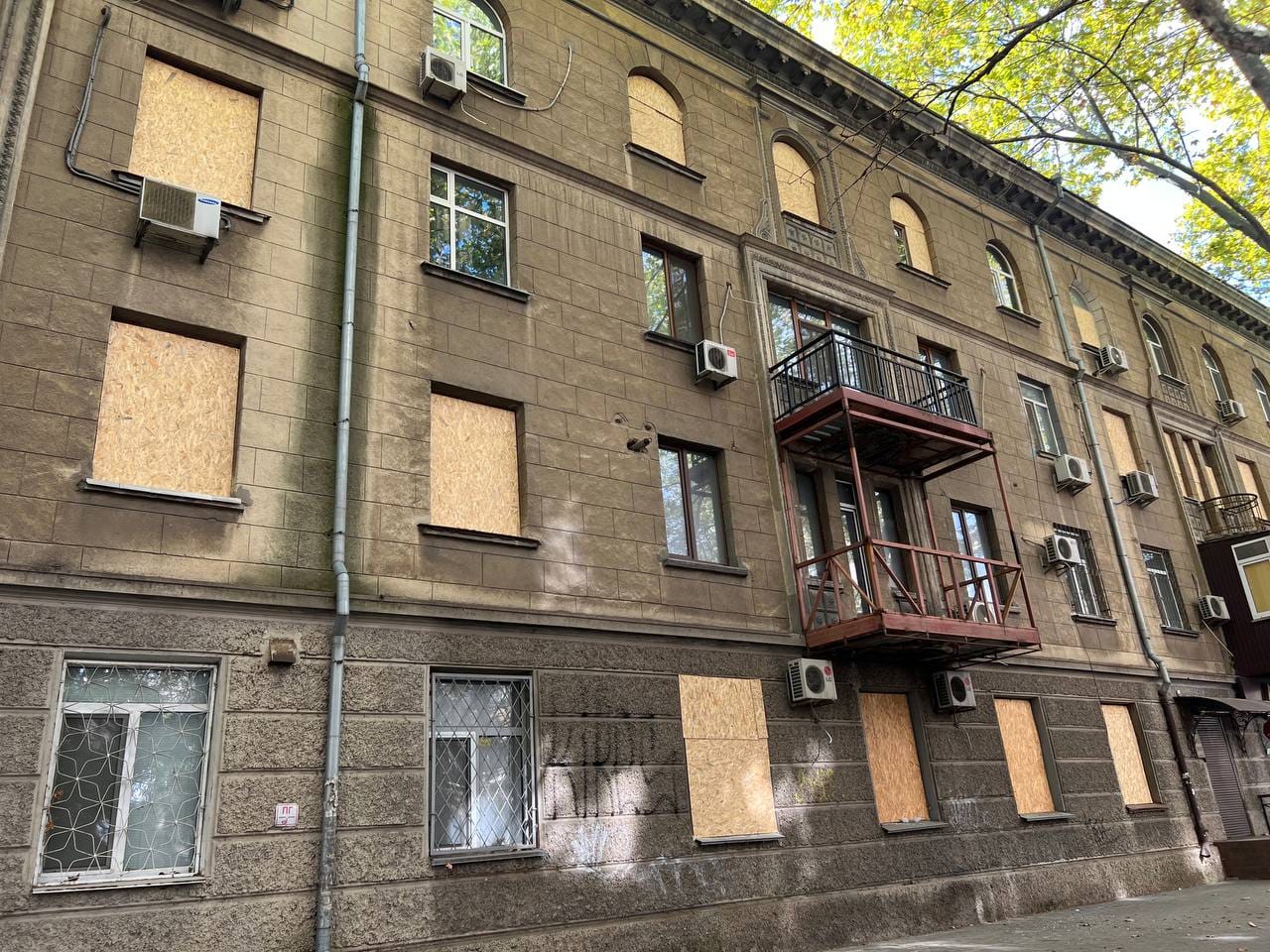 ‘Of course, the war causes adjustments. Our main problem now is the replacement of windows in high-rise buildings, as either shock waves or shelling and rockets have blown them out. It is impossible to heat a house without windows. Since we can’t afford to replace the windows, we cover them with wooden panels,’ says the deputy mayor.

‘The Danish government is supplying Mykolaiv with chipboard panels. We distribute them to those capable of installing them or assign the installation in abandoned apartments to utility companies.

Since we are working under fire, it’s much more complicated. The warning system detects missiles when they are already approaching, because Mykolaiv is so close to the frontline. I’m sure that the people still working here are heroes,’ says Vitalii Lukov.

The other main winter concern for the city government is its water supply: Russians blew up the water pipe from Kherson, leaving Mykolaiv with non-drinking water only suitable for technical purposes.

‘The water, which now comes from the estuary, is salty. Taking a shower feels like having been in the sea. The salt water causes multiple mains failures affecting the water supply system. We deliver drinking water and plan to merge the water supply and heating points to prevent freezing in winter,’ explains Lukov.

Lviv is a city in western Ukraine with a population of about one million. According to Mayor Andrii Sadovyi, more than 5 million Ukrainians have passed through Lviv in search of a relatively safe place to stay since the war escalated.

Electrical substations were damaged when three Russian missiles hit the city several times. The electricity and water supplies of various districts, including city hospitals, were cut off. It took a day to fix the damage, which illustrated that Lviv needs to prepare for such situations in the future.

Lviv also plans to switch to renewable energy sources by 2050. The city announced its willingness to change to ‘green energy’ in September 2018.

‘This means maximum support for electric transport, maximum investment in sewage treatment plants, and the implementation of new technologies that will make it possible to use solar and wind energy instead of oil or gas,’ said Sadovyi.

In 2018, the Energy-Efficient District of Lviv project was launched in Sykhiv, the city’s largest residential area. It demonstrated the benefits of a comprehensive housing modernization plan incorporating new central heating systems. This model, which includes replacing pipes, installing individual heat points, balancing the heating system, and insulating facades, roofs, basements and entrance ways, became an example for other Ukrainian cities that plan to reduce energy consumption.

Naftogaz of Ukraine plans to build a modern biofuel boiler house in Lviv to provide heating for one-fourth of the city. It will start operating in February 2023.

At the same time, city authorities aren’t hiding the fact that winter will be a challenge and have prepared for three scenarios. 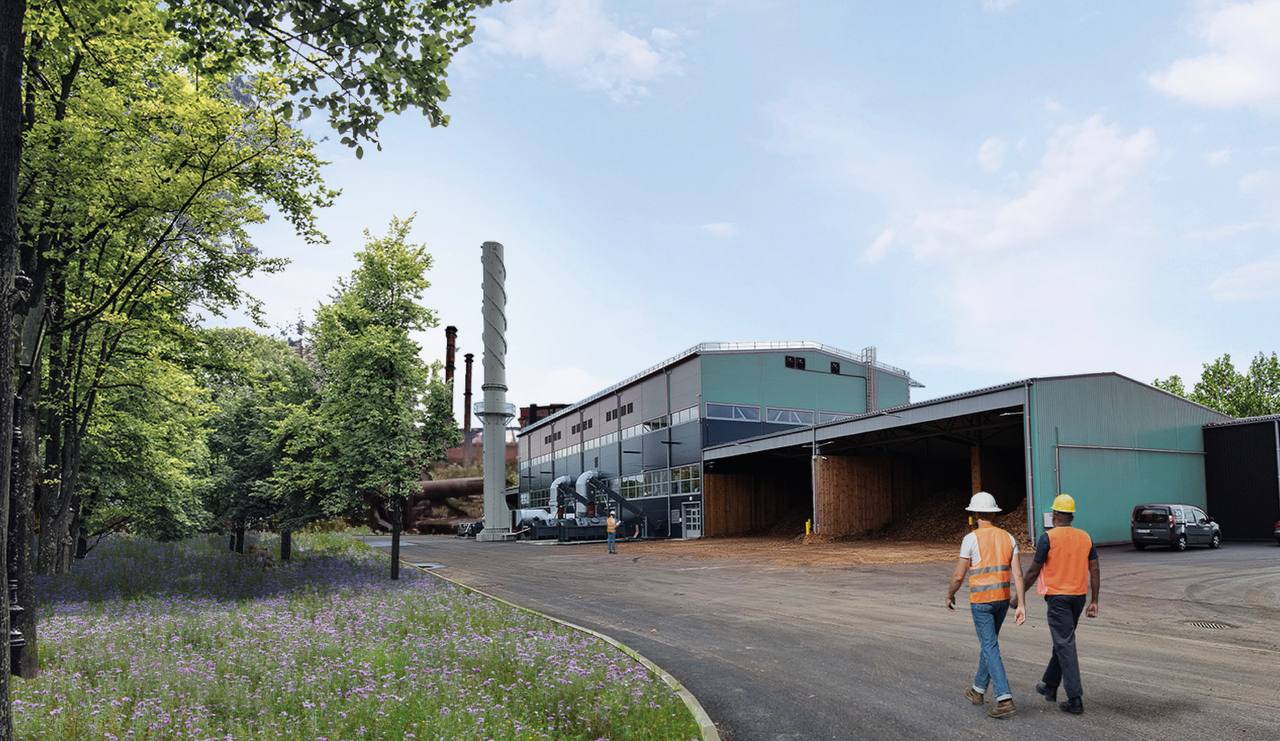 Lviv. The biofuel boiler house starts operating in February and will heat a quarter of the city. Photo courtesy of the City Council

In the first case, there is gas and electricity. According to Iryna Marunyak,  Lviv’s deputy mayor for housing and communal services, the CHP plant and modernized buildings are ready for the winter.

In the second scenario, the electricity has been cut off. ‘There will be no gas supply without electricity. Therefore, it is necessary to install heating points. Fourteen schools are heated with furnaces, and gas boilers that could be converted to wood-burners within two days have been installed in some administrative buildings. Gymnasiums in schools can also be used as heating points. Utilities are getting potbelly stoves ready for shelters and condominiums,’ said the deputy mayor of Lviv. Around a thousand potbelly stoves were in the planning for the beginning of the winter in Lviv.

‘In the third scenario, there is no gas, but electricity is available. We will check all the power grids and switchboards to ensure that there’ll be no fire should there be an overload, cutting off the power. It’s crucial to inspect each house in terms of readiness for the heating season,’ said Marunyak.

An alternative heating and hot water supply infrastructure is needed especially in residential areas close to the front line. Communication with frontline communities reveals that more support from the government is needed. Generators and mobile boiler houses are required, so that people can warm up and hospitals will continue to operate.

People fear the destruction of public infrastructure as a result of shelling. There is not enough wood for heating in villages; as Olena Pavlenko, President of DiXi Group, an analytical center conducting research on information policy, energy, security and investments notes, ‘in Kharkiv Oblast people are ready to cut down the trees in their gardens’.

Zaporizhzhia Nuclear Power Plant, seized by Russians, its operations partially suspended, usually provides approximately a quarter of Ukraine’s electricity requirements. If it remains blocked, some regions will be without electricity.

Gas stocks in storage also cause significant concern. The gas transportation system operator accumulated 14 billion cubic meters of gas before the beginning of the winter but about 17-18 billion are needed. Naftograz of Ukraine hasn’t restocked further, preferring to wait for the market’s buoyancy to subside once other countries start using their stores, lowering the cost of gas.

In August 2022 Volodymyr Zelenskyi ratified a law to freeze gas and electric prices for the period of war and for six months after its end. The Ukraine government will cover the deficit between the established tariffs and the real cost of providing utility services in the meantime. However, a question remains as to how the debt that is accumulating as a result will be repaid – an issue that is being avoided in the throes of war.