In Flemish journal rekto:verso: post-digitality and the new normal, invisible labour and the internet; gaming as public sphere; and the radical self-absorption of Instapoets. 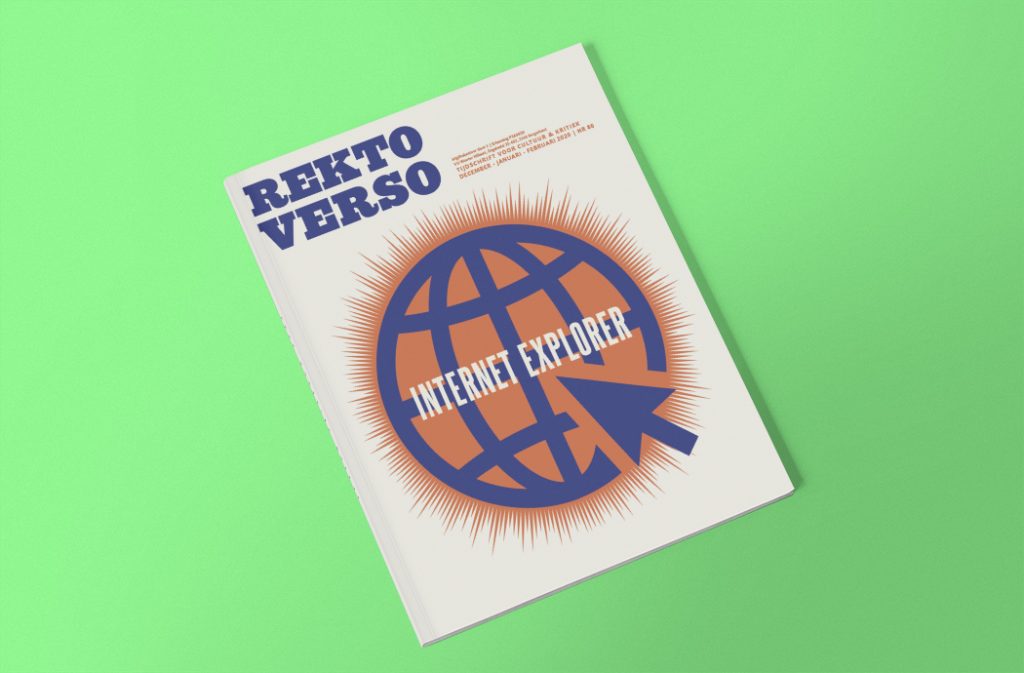 Flemish magazine rekto:verso reflects on the state of the internet, fifty years after its military conception as ARPANET. Now that we’ve reached the post-digital stage of the web, there’s no going back, write the editors. What is the new normal? Contributors show how memes and hashtags direct politics and everyday language and how the internet feeds into artistic disciplines including poetry, film and theatre.

Digital culture researchers Piia Varis and Florian Cramer discuss how the internet came about and where it is headed. The internet is an all-pervading technology that goes almost completely unregulated; but keeping up technological appearances also requires constant labour. ‘One could speak of “artificial artificial intelligence”’, says Varis: ‘the systems might seem automated, but are in fact based on human work.’ Both policy, education, and the arts need to catch up and exert some control over technologies that are here to stay.

The gaming universe is huge, not least in terms of profit, but it gains little attention outside of specialized media and academia. Hugues Makaba Ntoto explains how, ever since consoles were connected to the web, games have become the new common space. They are where people meet, interact and watch others play. New social codes emerge that spill over into mainstream culture – and not always in a good way, as with the Gamergate controversy. There is enormous potential for videogames to further transcend themselves, says Ntoto, but this calls for ‘honest introspection’ and perhaps something like ‘gaming literacy’.

A poetry collection preaching revolution that sells millions of copies? It seems unlikely, but Canadian ‘Instagram poet’ Rupi Kaur has pulled it off. According to Astrid Dewaele, Instagram poets go against the grain of the literary establishment: ‘the platform allows writers and readers to decide which posts get the poetry hashtag, thus breaking open the publishing industries and appropriating a genre that seemed impenetrable.’ Most of these poems are about self expression, emancipation and self-care. But far from being subversive, the poets abide by the algorithm, composing poems that are likeable and shareable, but also rather tame.

‘Syn og Segn’ explores pandemic life through poetry, reportage and history. Why the crisis has made migrant lives harder still; how today’s risks pale in comparison with those of the past; and a corona chronicle and other poems.