In New Humanist, Peter Geoghegan warns against denialism over Northern Ireland: if not a direct result of Brexit, then the new sectarianism has certainly been precipitated by it. Also: articles on religion in the UK, social tech and the far-right, and the elisions of official feminism. 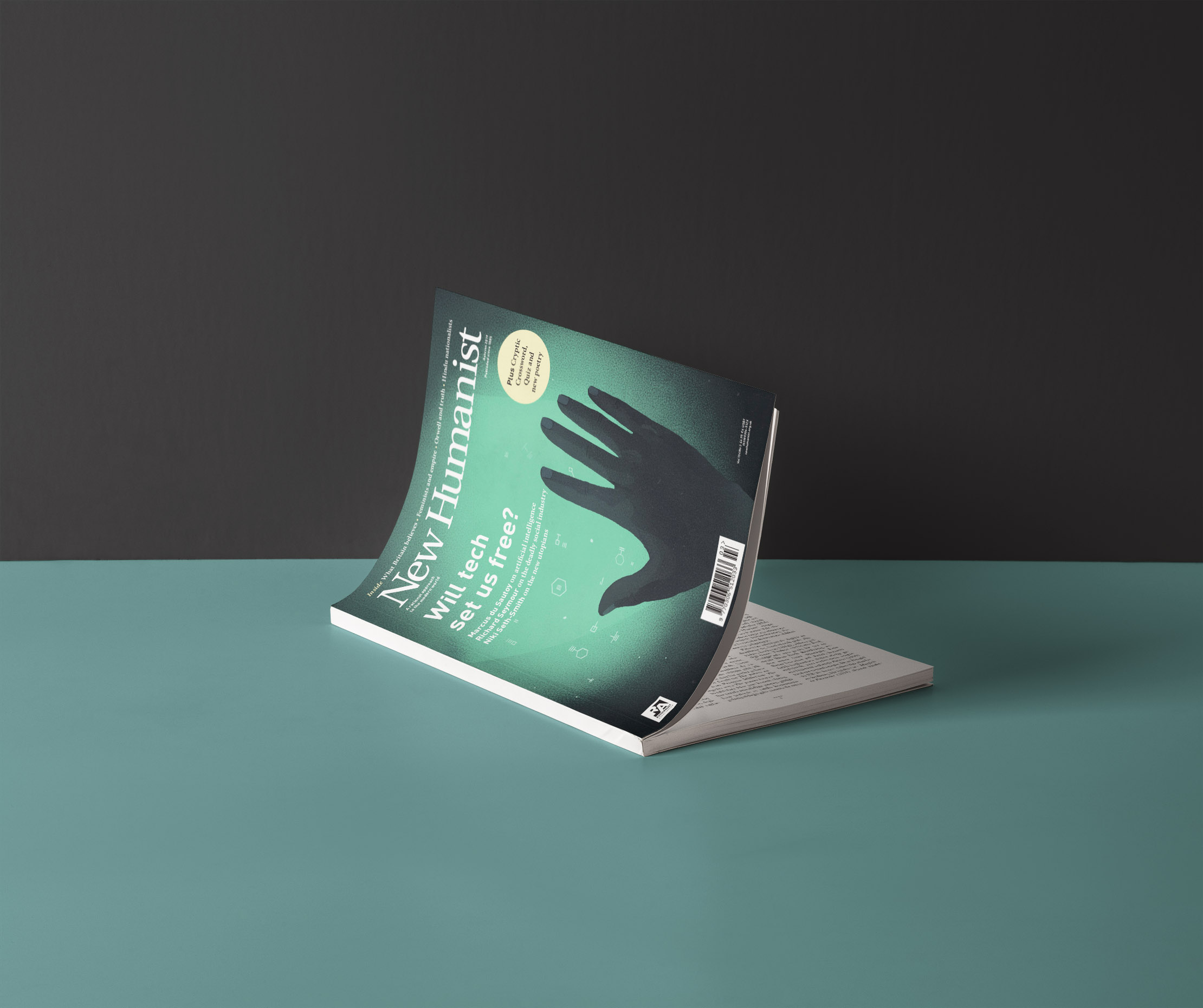 Brexiters downplay the volatility of the national question in Northern Ireland, claiming it is exaggerated by remain suporters and used by the Republic of Ireland and the EU for political leverage. But, as the murder of journalist Lyra McKee showed, the potential for renewed violence is real and, if not a direct result of Brexit, then certainly precipitated by it.

Calls for a South Africa-style ‘truth and reconciliation’ commission fail to grasp the central problem, writes Peter Geoghegan in New Humanist: that ‘every side believes that they won their war’. Even today, callers to daytime radio ‘argue for hours about who is to blame for what’, while old IRA men ‘prop up bars across border counties, bemoaning former comrades who “sold out to the Brits”’. No less responsible for the backsliding is the British government’s ‘denialism’, particularly over collaboration between security forces and loyalist paramilitaries. Hope, however, lies in younger generations, who ‘reject the tribal identities of “Orange and Green” and look enviously at the more relaxed social mores south of the border’.

According to a new study, only fifty per cent of the British population identify as religious: an all-time low, writes Jeremy Rodell. And of those that do, the mix of faiths is greater than ever. As Anglicanism atrophies, and as Pentecostal and New Churches flourish, Protestantism is becoming increasingly evangelical. And among the five per cent of British people identifying as Muslims, diversity is high – although half of all Muslims continue to be ultra-conservative on questions of social morality.

What about the other, non-religious half of the population? Just over a quarter of atheists and agnostics say they believed in ‘underlying forces of good and evil’, while only thirty per cent have a ‘completely naturalistic’ worldview. ‘In this complex, multi-dimensional and dynamic landscape,’ writes Rodell, ‘the idea of a simple division between religious and non-religious is looking increasingly untenable.’

The ability of the far-right to thrive on social media relies on the logic of escalating extremism and the micro-politics of identity, writes Richard Seymour in a drastic vision of the ‘social industry’. ‘There is always a new enemy to berate, a new outrage to gyrate over. Through these outrages, communities are formed, usually in antagonism to others. Cultural differences become ossified, more like borders than weather fronts.’ 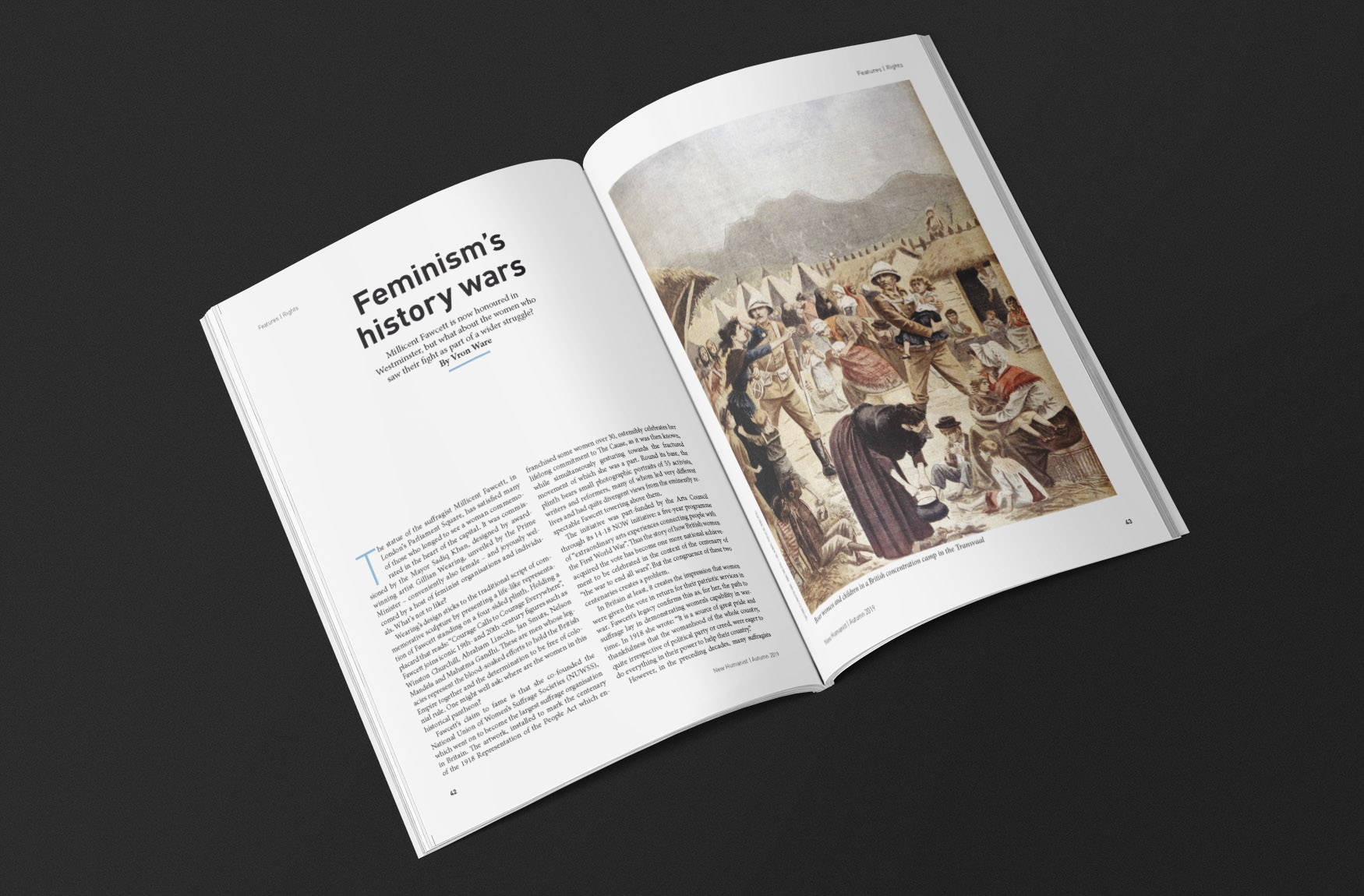 Vron Ware writes on the elision of radical feminism in official commemoration of the suffragette movement. Forgotten amidst the tributes to the recently memorialized Millicent Fawcett was her fierce militarism, which at the time led to bitter disagreement with the pacifist Emily Hobhouse over Britain’s brutal conduct during the South African (Anglo-Boer) War.