Ukraine elections: Do they matter?

As voters go to the polls in Ukraine, Tatiana Zhurzhenko considers the future prospects of a weak and embattled leadership. Do parliamentary elections still matter? Can the cultural and political divide between western and eastern regions of the country ever be overcome?

On 28 October, Ukraine will hold its parliamentary elections. Despite political pressure on Kyiv from the EU and the US, imprisoned opposition politicians Yulia Tymoshenko and Yuri Lutsenko are excluded from the race. It is clear now that this was the objective behind their criminal prosecution. Concerns have been raised inside the country, as well as in the West, that the upcoming elections will not be fair. But quite apart from this, do elections still matter for the country and what is at stake? Will their outcome stop the country sliding into authoritarianism or will they help Yanukovych regain legitimacy and raise his chances for a second presidential term? 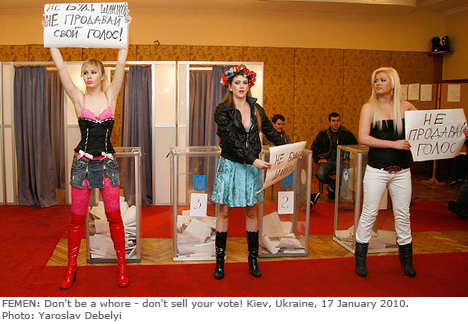 The changing rules of the game

This year the parliamentary elections will be held under new rules – Ukraine is returning to a mixed voting system used in 1998 and 2002. Half of deputies will be elected under party lists, half under simple-majority constituencies. Another novelty is that blocks of political parties are not allowed to participate; moreover, the election threshold was raised to 5 per cent, making it difficult for small parties to get into parliament, and the “against all” option was removed from the ballots. These changes were criticized by the Venice Commission and perceived in Ukraine as favouring the Party of Regions. In simple-majority districts the dominant party can easily confuse, manipulate and bribe voters, while oppositional candidates are forced to compete with each other, due to lack of coordination. Nevertheless, parliament supported the amendments, which represent the fourth reform of electoral legislation since 1991. Changing the rules of the game is a vice of Ukrainian politics – the winner not only “takes all” but changes the rules to secure the next victory. In 2004, as a result of political reform, Ukraine turned from a super-presidential to a parliamentary-presidential system. After Yanukovych’s victory in 2010, this reform was overturned and Ukraine reverted to the presidential system. The main issue at stake in the upcoming elections is president Yanukovych’s second term. If the Party of Regions wins a constitutional majority in parliament, Yanukovych is likely to make amendments to the constitution in order to secure his re-election in 2015.

In 2010, when Viktor Yanukovych became president, optimists believed that – having only narrow support in Ukrainian society and no majority in the parliament – he would seek a compromise with the opposition. In fact we have witnessed the opposite. The Party of Regions secured a majority in parliament by dubious methods, combining bribery and the blackmail of deputies, and opened criminal cases against Yuliya Tymoshenko and several members of the former government. But the watershed of Yanukovych’s presidency was the imprisonment of Tymoshenko in August 2011, which provoked major international resonance. Yanukovych may believe that resisting western pressure makes him a strong president, similar to the Belarusian leader Lukashenka who imagines he can afford to expel western diplomats, but in fact he is in a relatively weak position. He is losing popularity in the country, even in the Donbas region; he is mocked on the Ukrainian internet and has come under severe criticism from Ukrainian journalists. This month, Ukraine held the 64th World Newspaper Congress and the 19th World Editors Forum, events that the Ukrainian leadership tried but failed to use for improving its image in the world. Instead, oppositional Ukrainian journalists active in the “Stop Censorship!” movement used these events as a stage to protest against the policies of the government. Following the Russian example, the Party of Regions recently tried to re-introduce criminal responsibility for “defamation”, thus threatening what is left of media freedom in Ukraine. As a response, a dozen leading newspapers and magazines came out with blank front pages. The outrage was so strong that Yanukovych himself criticized the “bad timing” and the draft was withdrawn after it had passed the first reading.

Internationally, Ukraine’s isolation is growing. The Tymoshenko case has complicated Ukraine’s relations with the EU and de facto frozen the Association Agreement. In the wake of the European Football Championship, German Chancellor Angela Merkel even called on European leaders to boycott the long awaited event in Ukraine. Some weeks ago the US Senate threatened the Ukrainian authorities with sanctions urging them to free Tymoshenko. Deteriorating relations with the West have, however, not been compensated by a breakthrough in Ukrainian-Russian relations. The Kremlin is not going to “reward” Kyiv for its recent law raising the status of the Russian language. Moreover, during his last visit to Crimea, Putin publicly humiliated the Ukrainian president by letting him wait for hours while rubbing shoulders with his fellow-bikers from Sevastopol. When the two men finally met, Yanukovych failed to negotiate a lower price for Russian gas.

Clearly, President Yanukovych is under pressure at home and abroad. He desperately needs a convincing victory for the Party of Regions to restore his image and strengthen the legitimacy of his political regime. He needs a majority in parliament to secure his victory in the 2015 presidential race. But he also needs the parliamentary elections to be recognized by the West as free and fair; otherwise the threat of international sanctions may become very real.

…and a weak opposition

Yanukovych and the Party of Regions have been losing popularity, but this does not render the alternatives offered by the democratic opposition more realistic or more attractive. It is a small miracle that the opposition has managed to consolidate its ranks and form a single party list: Tymoshenko’s Motherland party and Arseniy Yatseniuk’s Front of Changes signed an agreement which was joined by a number of smaller parties. However, nobody holds illusions about the sustainably of this coalition. While Tymoshenko remains a powerful symbol of resistance, her leadership has often been questioned by her allies; and engaging in politics from prison cannot be easy. Tymoshenko’s voluntaristic style of leadership and the political and economic instability people associate with her second term as a prime-minister (December 2007 until March 2010) are not a good advertisement for the opposition. Even fresher in people’s memory are the numerous scandals in which deputies of her BYUT block were involved, and their mass desertion to the Party of Regions ranks after the 2010 presidential elections.

Former president Viktor Yushchenko does not hide his negative attitude towards the united opposition either. Remnants of his Our Ukraine party have united with other minor conservative-nationalist groups, with no chance of winning seats in parliament. In other words, the opposition is in urgent need of new faces. One is Vitaliy Klichko and his UDAR party (Ukrainian Democratic Alliance for Reforms, udar means also “punch”). For many Ukrainians, especially in the east, Klichko embodies a successful career, independence from oligarchs, and European values. His party, which has not joined the united opposition, has a good chance to enter parliament. But even good election results for the opposition do not guarantee a strong position in parliament. As recent years have shown, there are many ways to control opposition deputies – especially those with business interests.

After Viktor Yushchenko failed to unite Ukrainians around controversial historical issues such as the Great Famine and the role of the UPA (Ukrainian Insurgent Army), Yanukovych was expected to return to Kuchma’s more pragmatic memory and identity politics. Yanukovych is not Kuchma, however. Threatened by the Communists, who were still very popular in the 1990s, Kuchma tried to win western Ukraine and presented himself as a third force, a mediator between nationalist and leftist “extremes”. In 1999, when faced with a Communist alternative, people from western Ukraine voted for him as the “lesser evil”. Yanukovych didn’t even try to win the west of the country and relied on his core electorate in the east and south. Moreover, he and some of his allies from the Party of Regions effectively mobilized “anti-Galician” stereotypes about western Ukrainians as “fascists” and “Nazi collaborators”. To be fair, Yanukovych did not split the country (this had happened before him) but he made no effort to find a political line that would encourage reconciliation.

The result of the last two years has been mutual resignation. The west Ukrainian regional assemblies and local councils dominated by the nationalist Svoboda party de facto do not recognize the authority of central government, especially with regard to cultural issues. The law granting Russian the status of a regional language was officially rejected by the local western Ukrainian authorities as anti-constitutional. Unsatisfied with the interpretation of some historical events by the Minister of Education, Lviv printed its own school textbooks on Ukrainian history. The parliamentary elections are unlikely to alter this dangerous alienation of the country’s western regions.

For almost two decades Ukraine represented an anomaly in east central Europe – a post-communist country with a marginal tendency to rightwing nationalism. This is now rapidly changing. The radical nationalist Svoboda party was among the major winners in the 2010 local elections in Western Ukraine. Its success was so unexpected that the party was short of competent cadres ready to take up political office in the regional and local legislatures. In the upcoming elections Svoboda has a chance to overcome the 5 per cent threshold and enter the Ukrainian parliament. On October 14, the Memorial UPA Day, the party organized an impressive rally through the centre of Kyiv, despite the fact that the authorities rapidly organized a beer festival to prevent sympathisers from entering the Kreshchatyk, the city’s central avenue. The reasons for the upsurge of radical nationalism are several: frustration with the failure of the pro-European liberal nationalism represented by President Yushchenko; a generational change and new rightwing youth radicalism – a phenomenon also apparent in other European countries; and the decline of traditional leftwing parties (especially the Communists), which absorbed the protest vote in past decades. Whatever the causes of Svoboda’s rising popularity, the Party of Regions has some interest in it, since radical nationalists represent the ideal “enemy” and a “threat” in the eyes of traditional East Ukrainian voters, and attract the most radical of Yanukovych’s opponents.

As the shock of war gives way to reflection, Ukrainian public discourse has turned to questions of the past, present and future: When did Russia’s war on Ukraine start? What is it doing to society? And how will it end?