The political crisis that began in Belarus in the summer of 2020 has contributed to a new wave of mass emigration from the country and the politicization of the Belarusian diaspora. Based on the available data, between 100 and 150 thousand people have already left. That’s around 3.5% of Belarus’s workforce of 4.3 million people. The process is not over, either. As the crackdown persists, many people are still planning to leave.

The presidential election campaign in 2020, in which candidates were blocked, arrested or driven into exile, and the peaceful mass protests after the fraudulent election, have also served to re-politicize the Belarusian diaspora. Existing expatriate organizations (e.g. in the USA, Sweden, the UK and Poland) were strengthened and new organizations were created (e.g. in Italy, Germany and the Czech Republic).

The range of ongoing political activities abroad is evidence of the new Belarusian solidarity and demonstrates the importance of the externally organized Belarusian democratic movement. Its campaigning will make it very difficult for Alyaksandr Lukashenka to perform his balancing act between Russia and the West. As the crackdown on the opposition inside the country continues, the diaspora will continue to demand democratic change from outside. 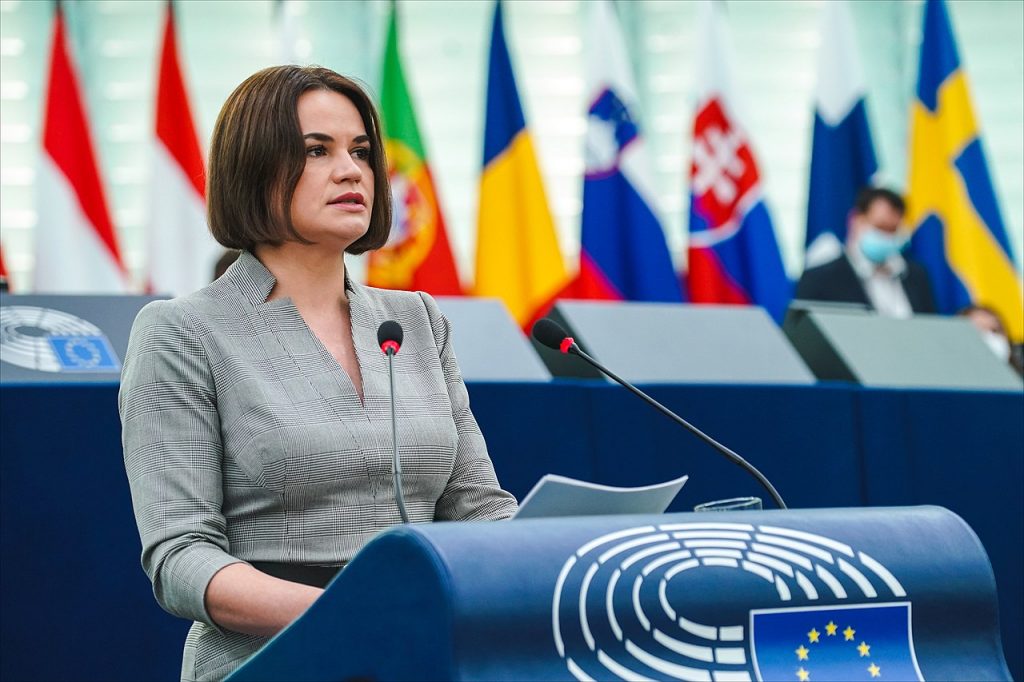 Emigration from the Belarusian lands dates back to the Grand Duchy of Lithuania, when hundreds of young Belarusians studied at universities in western and central Europe. They included Francysk Skaryna, Ilya Kapievich and other famous figures of Belarusian culture who left a deep mark abroad. However, mass emigration only began in the second half of the nineteenth century. Migrants were not recorded as Belarusians at that time because the tsarist authorities officially deprived Belarusians of their national title and refused the creation of an administrative unit that would include the entire Belarusian ethnographic territory.

Approximately 1.5 million Belarusians left their homeland between 1860 and the beginning of the First World War (although the numbers vary, they are more or less of the same order). The majority of these migrants went to Siberia, while the rest emigrated westwards – to Europe and the United States. This wave was mostly economic migration, with some political instances. Belarusian Jews emigrated because of religious persecution in the 1850s.

The second wave of Belarusian mass emigration was caused by the First World War and the revolutionary events of 1917. In the following years, more than two million refugees from what today is Belarusian territory fled to the Russian Soviet Federative Socialist Republic (RSFSR) and more than 100 thousand people fled to other countries.

Emigrant Belarusians in the US were nationally conscious and worked hard on lobbying the US government for the recognition of the Belarusian state and its right for freedom and national self-determination. For example, Belarusian priests led prayers in the US Congress on almost every anniversary of the proclamation of the BNR throughout the 1960s, 1970s and 1980s. On the fiftieth anniversary of the creation of the BNR in 1968, the Congressional Record lists 23 speeches in US Congress in support of Belarusian independence.

The Belarusian diaspora was not replenished between the 1960s and 1980s due to the prohibition on emigration from the USSR. However, with the collapse of the Soviet Union and the sharp deterioration of the socio-economic situation in the republic, together with the consequences of the Chernobyl catastrophe in April 1986, the number of departures increased significantly. According to the Ministry of Internal Affairs of the USSR, the Soviet republic allowed 14.7 thousand people to depart in 1989. In 1990, this number more than doubled and amounted to 34.1 thousand people.

After Lukashenka came to power in 1994, the optimism of the Belarusian diaspora for a democratic future faded. Political activities now focused on the revival of the independent democratic Belarusian state. New Belarusian migrants gradually found a common platform with the earlier organized diaspora in the United States, Canada, Europe and other democratic countries. The Belarus Democracy Act, a US federal law that authorizes assistance to political organizations, NGOs and independent media working to advance democracy and human rights in Belarus, was passed in 2004 following the work of the Belarusian diaspora in the US. It was reauthorized in 2006, 2011 and 2020.

Between the turn of the millennium and 2019, between ten and twenty thousand Belarusians have emigrated annually. However, the wave of emigration triggered by the brutal crackdown on the opposition following the protests in 2020/2021 was unprecedented. Within the first year since August 2020, between 100 and 150 thousand people left Belarus, most of them to neighbouring countries in the EU.

The largest number of emigrants went to Poland. According to Eurostat, between September 2020 and October 2021, Poland received 1980 asylum applications from Belarusian citizens. By comparison, between January 2019 and August 2020, Poland received only 85 asylum applications from Belarusians. The Ministry of Foreign Affairs of Poland also reported that from June 2020 to the end of July 2021, the country issued 178,711 visas to Belarusians. These include more than 20 thousand Business Harbour visas – a special work permit for IT experts and entrepreneurs.

Lithuania received the second largest number of asylum applications in the European Union. A total of 235 Belarusian citizens applied for asylum in Lithuania between September 2020 and October 2021. In comparison, there were only 35 asylum applications between January 2019 and the beginning of protests. From September 2020 to November 2021, Lithuania issued 26.2 thousand national visas to Belarusians, according the Lithuanian Migration Department.

The total emigration figure does not include those who moved to Russia or Ukraine, which do not require visas for Belarusians. According to statistics provided by the State Migration Service of Ukraine, the number of permissions for temporary residence issued to Belarusian citizens in 2021 increased by 39% over 2019 (from 2,175 permits to 3,042 permits). In October 2020, the Ukrainian president Volodymyr Zelensky signed a decree to simplify the procedure for obtaining a residence permit for Belarusian entrepreneurs and qualified professionals, together with their families. As a result, up to 1,500 Belarusian IT specialists left for Ukraine after the protests erupted over the presidential election.

The repressions in Belarus turned the Belarusian diaspora into a serious force of political influence across the world in a matter of months. The diaspora became closely connected with newly established political forces such as the Coordination Council of Belarus, the office of the presidential candidate Sviatlana Tsikhanouskaya and the National Anti-Crisis Management.

In August 2020, Tsikhanouskaya – now in Lithuanian exile – founded the Coordination Council of Belarus to work on a peaceful transfer of power and overcome the political crisis in the country. The Council claims to be the exclusive representative body of the democratic Belarusian society. Its working groups, among others, focus on developing education initiatives, documenting human rights abuses, and informing those who have lost jobs about possibilities to receive assistance.

The office of Sviatlana Tsikhanouskaya is a separate entity and consists of her and eight advisors on domestic and international affairs, as well as communications staff. The National Anti-Crisis Management, founded by Pavel Latushka in October 2020 in Warsaw, cooperates with the Coordination Council and the office of Tsikhanouskaya. There are many further initiatives representing specific professions, including ByPol, created by the former security forces, and BySol for sportsmen created by former sports officials and athletes.

The Belarusian diaspora has made many efforts to connect and include the worldwide diaspora in the discussion on the future of Belarus. Among such initiatives is the newly created organization Association of Belarusians in America (ABA), which connected activists representing Belarusian communities in 25 cities across 18 states. In September 2021, for example, the office of Sviatlana Tsikhanouskaya organized the conference of Belarusians of the world in Vilnius, bringing together representatives of Belarusian communities from more than 27 countries and 40 organizations.

The brutal repression of the opposition by the Belarusian authorities with the backing Russia has diminished the prospects of achieving change in Belarus. It is to be expected, however, that the newly energized and unified Belarusian diaspora will keep translating the demands of the Belarusian people for a democratic future for their country to the outside, even more than before the crisis of 2020.

This article was originally published in German in dekoder.org