The right to truth denied

Appeals to the European Court of Human Rights to enforce the ‘right to truth’ in connection with the Franco regime and the Katyń massacre have been refused on procedural grounds. A long history of delayed justice has become a permanent case of justice denied, argues human rights lawyer Grażyna Baranowska.

In recent decades, the jurisprudence of international human rights tribunals has aimed at crystallising the ‘right to the truth’. This concept was developed in the context of enforced disappearances in South American countries but has also been invoked in dealing with the past in Europe, for instance in the case of accounting for the crimes of the Franco regime. Similarly, attempts were made to apply this concept in the context of the Katyń massacre.

History knows many cases of enforced disappearances, for example, the practices of Nazi Germany or the Soviet Union. However, this phenomenon was named only in the 1960s, when the regimes in South American countries carried it out on a wide scale. The original Spanish term desapariciones forzadas was translated into English as ‘enforced disappearances’ and denotes the human rights violation of the imprisonment of a person by state officials or groups acting in collaboration with the state, while information regarding the fate of this person is purposefully kept secret.

Enforced disappearances not only violate the human rights of the missing persons but also of their family members. The latter, uncertain about the fate of their relatives, spend decades searching for their loved ones, often involving subsequent generations in these activities as well. The efforts by the families of the disappeared to discover the truth about these disappearances were the impulse for developing the concept of the ‘right to the truth’. According to the International Convention for the Protection of All Persons from Enforced Disappearances, which entered into force in 2010, the right to the truth applies to all who suffered as a result of the enforced disappearance (thus, also to the disappeared persons’ family) and relates to the fate of the missing person, the circumstances of their disappearance, and the results of the conducted investigation. In this context, the ‘right to the truth’ denotes the obligation of the state to provide information about the circumstances of such serious human rights violations, not limited to present day but also encompassing events in the (distant) past. While reliance on the right to the truth is increasingly more frequent, uncertainties remain as to the scope of this term and the possibilities of enforcing it. 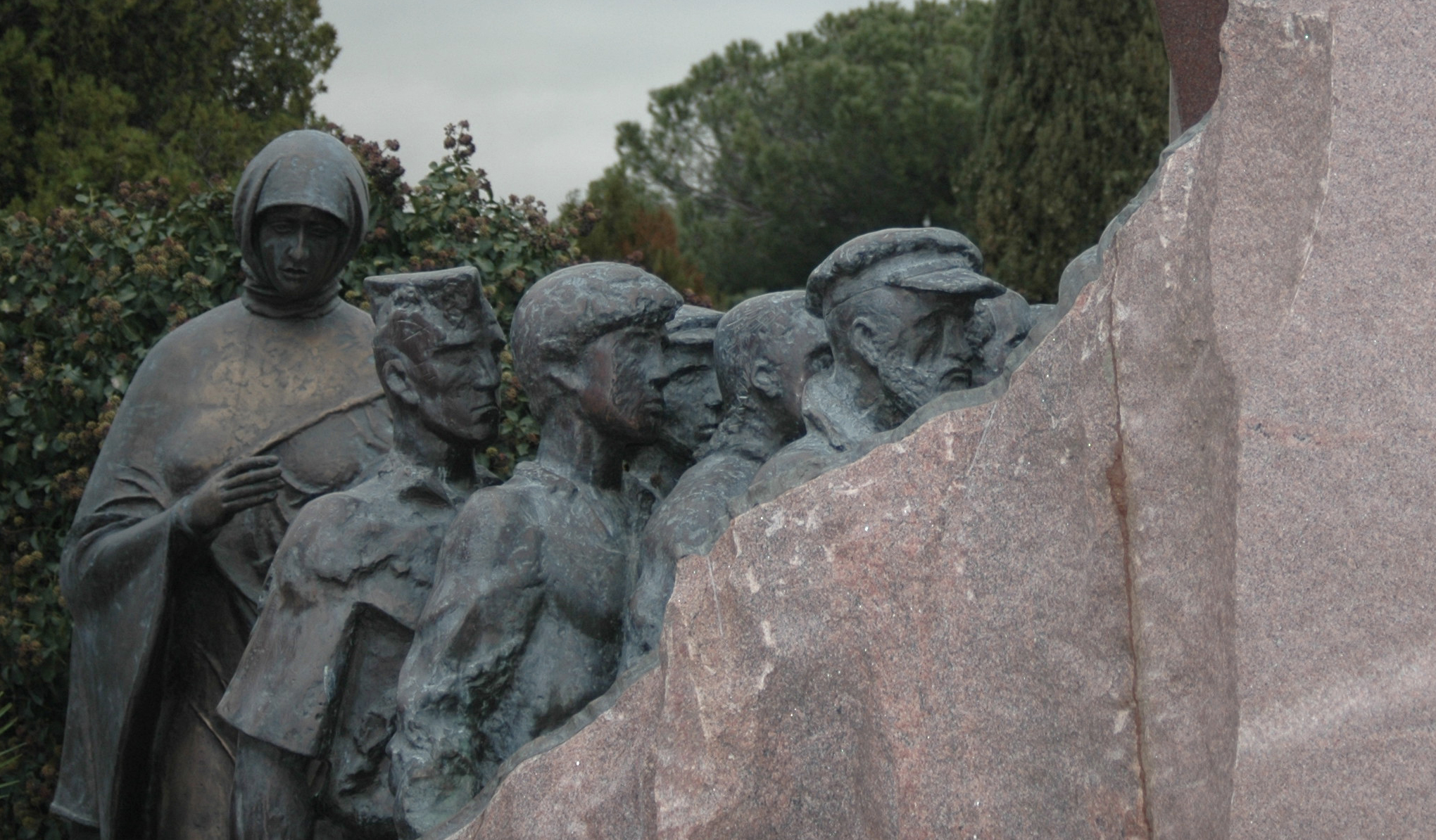 Enforced disappearances during the Spanish Civil War and the Franco Regime

Many enforced disappearances occurred during the Spanish Civil War (1936–1939) as well as the Franco regime (1939–1975), but there is no official list of missing people. Victim organizations estimate the disappearance of around 114,266 people between 1936 and 1951, but this figure does not include the 30,960 children forcibly taken away from Republican families. For political reasons, the fate of the person disappeared by the Franco forces and regime remains unknown. The vast majority of bodies have not been exhumed or identified; there were no investigations nor any trials of those responsible for the disappearances; and no system of compensations was ever established. On the other hand, the investigation of enforced disappearances attributed to the Republicans began as early as 1940, shortly after the end of the Civil War.

The families of the disappeared made the first attempts to exhume Franco’s victims shortly after the death of the dictator in 1975, with subsequent efforts in 2000. According to the Historical Memory Law, adopted in Spain in 2007, the government is not required to search for disappeared persons, but only to cooperate with and provide information to persons seeking their disappeared relatives. Moreover, the autonomous communities of Spain, responsible for implementing this law, have adopted various approaches. For instance, Andalusia accepted complete responsibility for exhuming victims, while other regions have not taken any action to that effect.

At the beginning of this century, the families of disappeared persons tried to seek justice in Spanish courts, but their attempts were foiled by the Supreme Court. This led the families of the disappeared in Spain to turn to Argentinian courts, asking them to apply universal jurisdiction to ensure that the perpetrators of the enforced disappearances do not go unpunished. In exceptional cases, a state can prosecute individuals accused of committing a crime regardless of the citizenship of the perpetrator and the victim, and irrespective of where the crime was committed. The cases by the Spanish families were deemed admissible and the Argentinian court asked Spain to extradite twenty people suspected of perpetrating enforced disappearances during the Franco regime, among other charges. The Spanish government refused this request. Although the accused were not convicted, a number of witnesses were examined during the proceedings. The cases subsequently led to numerous exhumations in Spain in January 2016. Without the Spanish families launching claims in Argentina, the remains of some of the disappeared would not have been discovered in Spain.

Seeking information about the victims of the Katyń massacre

Almost eighty years after the Katyń massacre, the families of persons executed by the People’s Commissariat for Internal Affairs are also striving to obtain complete information about the fate of their relatives. After several decades of denying its participation in these events, in 1990 the USSR admitted that the Katyń massacre was a crime of Stalinism. Nevertheless, all the information relating to that crime has not been made available by Russian authorities; some of their actions in fact suggest that Russia does not accept full responsibility for this crime. For instance, in 2008 when a Russian court rejected an appeal of the decision to grant the status of victims to the relatives of the persons killed in Katyń, it argued inter alia that the fate of these persons was unknown and there was no proof that they lost their lives as a result of an abuse of power.

The Katyń massacre fulfils all the criteria of the definition of enforced disappearances: (a) people were imprisoned by representatives of the state, following which (b) the state kept information about their fate secret, (c) placing them outside the protection of the law. Interestingly, the Russian authorities have sometimes treated these persons as ‘missing’. Although the relatives are aware that the Katyń victims were shot, the exact circumstances of their death are not always known, and the results of the investigation conducted in Russia were classified. As a result, in 2007 and 2009, family members of the Katyń victims decided to bring two claims to the European Court of Human Rights, which had at that time already ruled in numerous cases concerning enforced disappearances, mainly from Turkey, finding that the state has violated the ECHR.

Because the Katyń massacre occurred before Russia adopted the European Convention on Human Rights in 1998, the Court would only be able to examine the case if the actions of the Russian authorities were in accordance with Convention standards after that time. However, the Court decided that it could not do so, since such a considerable amount of time had passed between the crime that triggered the obligation to investigate and the adoption of the Convention by Russia. While third parties and dissenting judges invoked the right to truth, the Court missed an opportunity to elaborate on this concept.

The judgment has been criticised by many commentators (see Verfassungsblog). It should be mentioned that the ECHR standards for investigating violations of the right to life, as elucidated by the Court, require authorities to seek to establish the circumstances of the disappearances and/or deaths of the victims. Equally, this information along with details of the investigation process should be made publicly available, particularly to the families of the disappeared. The Russian authorities did not comply with those requirements in the case of the Katyń massacre.

Due to the interpretation of its temporal jurisdiction, the European Court of Human Rights made it impossible for the families of Katyń victims to seek justice before the Court. The families could still bring complaints to the UN Human Rights Committee, but must first satisfy the condition to exhaust local remedies by launching a new case in Russia. The UN Human Rights Committee would then examine if proceedings in Russia were in accordance with the International Covenant on Civil and Political Rights.

Another possibility for obtaining information about the Katyń victims is emulate the approach taken by the families of the disappeared in Spain, namely to ask courts in a different country to apply universal jurisdiction. However, the families would be required to identify perpetrators of the alleged crimes who are still alive, which would of course constitute a significant challenge. Even with recourse to the principle of universal jurisdiction, accessing the information held by the Russian authorities would require the latter’s cooperation. The partial success of the court proceedings in Argentina launched by the families of Spanish victims was to a large extent due to the collaboration with the Argentinian court.

As long as the families of the persons executed during the Katyń massacres retain the option of recourse to international institutions other than the ECHR, it is unlikely that they will receive information about their loved ones in the near future. As observed by one of the commentators of the Katyń case: the ECHR has turned a long history of delayed justice into a permanent case of justice denied. The Court equally found complaints lodged in 2009 by families of the Spanish disappeared to be inadmissible due to being filed too late. The Court’s interpretation of its temporal jurisdiction has thus made it impossible for the families of both the disappeared in Spain and the Katyń victims to get justice through ECHR proceedings. Taking measures to ensure the right to the truth of these families is a duty of the state, but numerous European countries are failing to meet their responsibility. The European Court of Human Rights missed an opportunity to push two such states – Spain and Russia – to fulfil their obligation and to provide answers to the families of the disappeared persons.

It is worth underlining that groups of victims learn from each other and try to follow successful solutions adopted by others. For example, the families from Spain relied on experience of Argentinian families of disappeared persons. Similarly, in cases concerning enforced disappearances in the European Court of Human Rights, the applicants would often refer to approaches taken in the Inter-American Court of Human Rights. However, as the example of the families of Katyń victims shows, solutions successful for one group of victims are not always applicable in a different context.

The article was translated into English with support from the Polish Ministry of Science and Higher Education’s research dissemination funds (contract no. 692/P-DUN/217).