Drawing on Erdoğan’s war on the prices of certain agricultural produce, the June issue of the Turkish journal Varlik explores the politics of the potato. 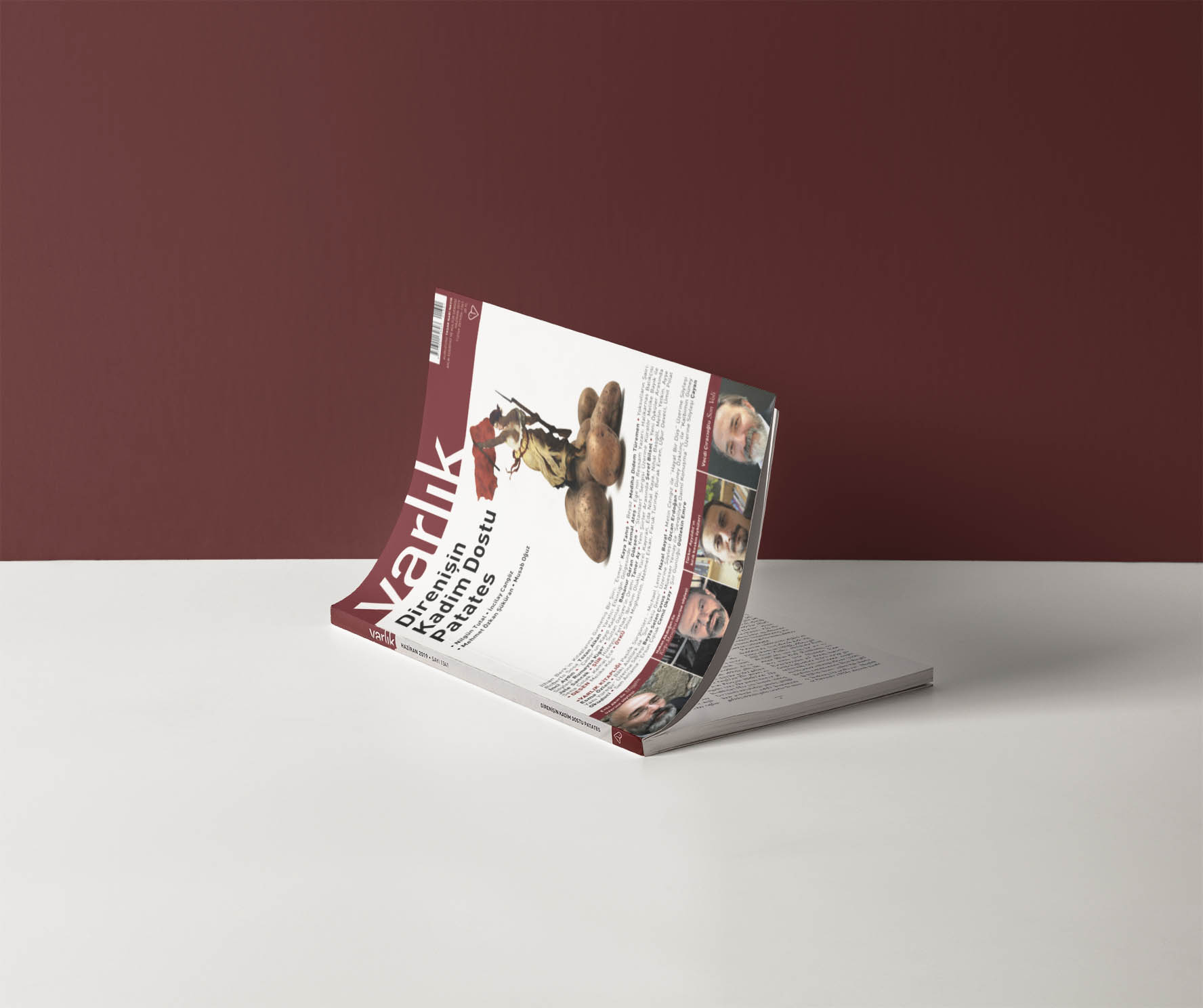 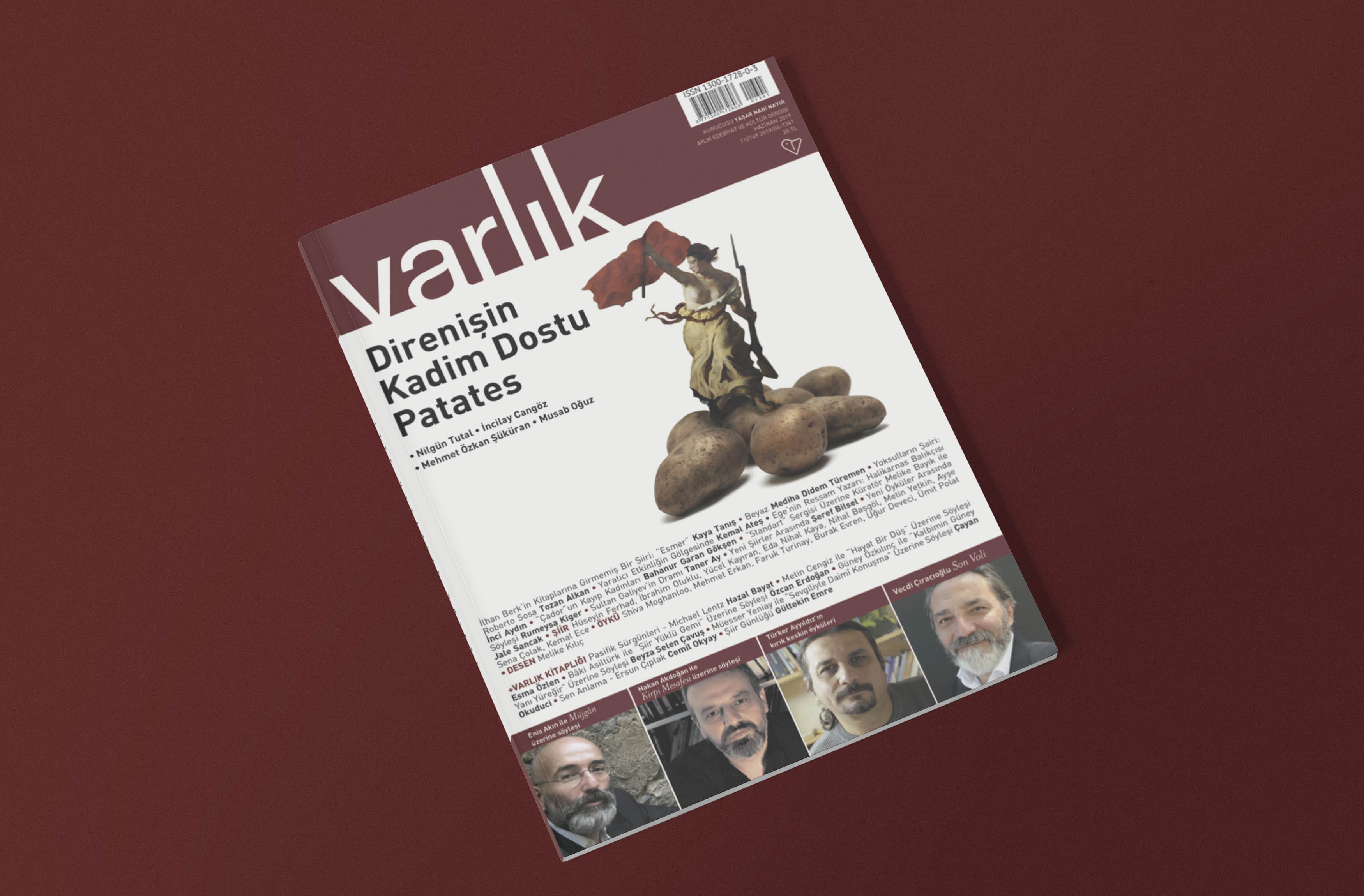 In Turkey, where food price inflation runs at more than 40 per cent, the staples of life have acquired new importance. In February, Erdoğan announced war on ‘groceries terrorism’ – blaming greedy traders and foreign influence for the soaring prices of potatoes and onions. The situation has led to unprecedented imports, as well as police raids of vegetable warehouses run by alleged ‘speculators’. Attempting to regulate the market, local authorities have started direct sales of cut-price but rationed vegetables. In response, Varlik turns its gaze on the ‘faithful friend of resistance, the potato’. 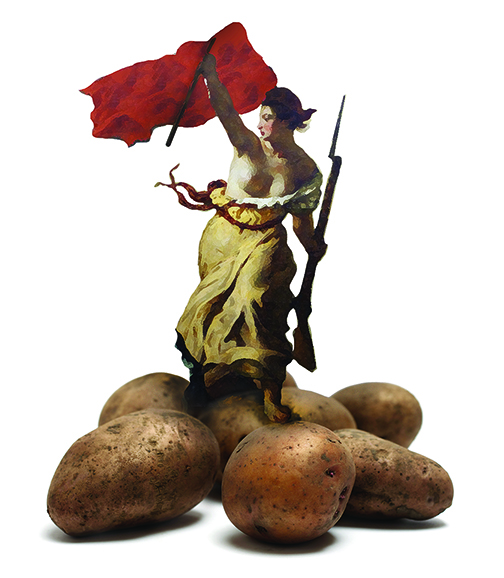 Nilgun Tutal starts her exploration of the spud at a municipal market in Istanbul. The slogan ‘Struggle Against Inflation’ is everywhere. ‘There’s a very close link between the potato and poverty. It is a vegetable that is a savior in war or time of famine’, writes Tutal. ‘Nevertheless, in this era of global finance capitalism, everyone should know that selling cheap potatoes is not the way to go about defeating inflation.’ Tutal finds the scene at the market reminiscent of Agnes Varda’s documentary Les Glaneurs et la Glaneuse (‘The Gleaners and I’), asking whether Turkish life allows space for the serendipitous beauty that Varda found as she traced the potato’s production chain in France. 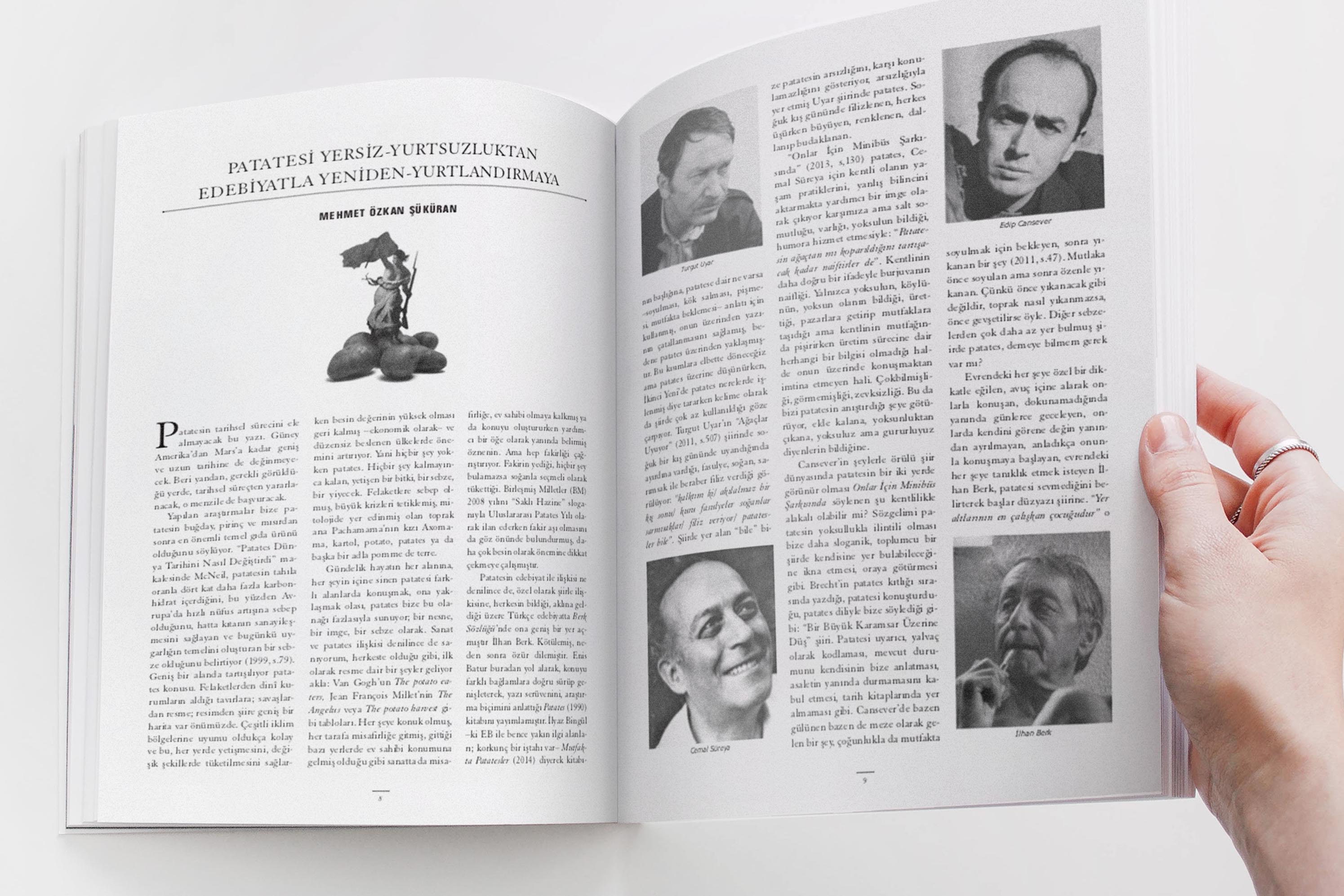 An apology to the potato

Mehmet Özkan Şüküran plots the ‘mystery’ of the potato through Turkish letters, including İlhan Berk, who in 1978 expressed in verse his dislike of the vegetable’s universality: ‘The potato has no character you can recognize / I do not like the potato’. A decade later, the poet felt the need to revisit the poem with an addition, this time addressing the potato directly to apologize for failing to see the greatness inherent in the ordinary.

Musab Oğuz starts unpeeling the potato by examining Ridley Scott’s 2015 film The Martian, where the vegetable enables hero Mark Watney to survive on Mars. ‘Once Mark extracts the first crop of potatoes from the soil of Mars made fertile with human excrement, America has become great and excellent again,’ Oğuz writes. He contrasts the triumphant sci-fi film with Béla Tarr’s 2011 A Torinói Lo (The Turin Horse), in which eating potatoes is emblematic of a ‘pleasure-free purgatory’ and the videogame Minecraft where ‘wanting to eat potatoes means maximizing lethal threats and approaching death’. 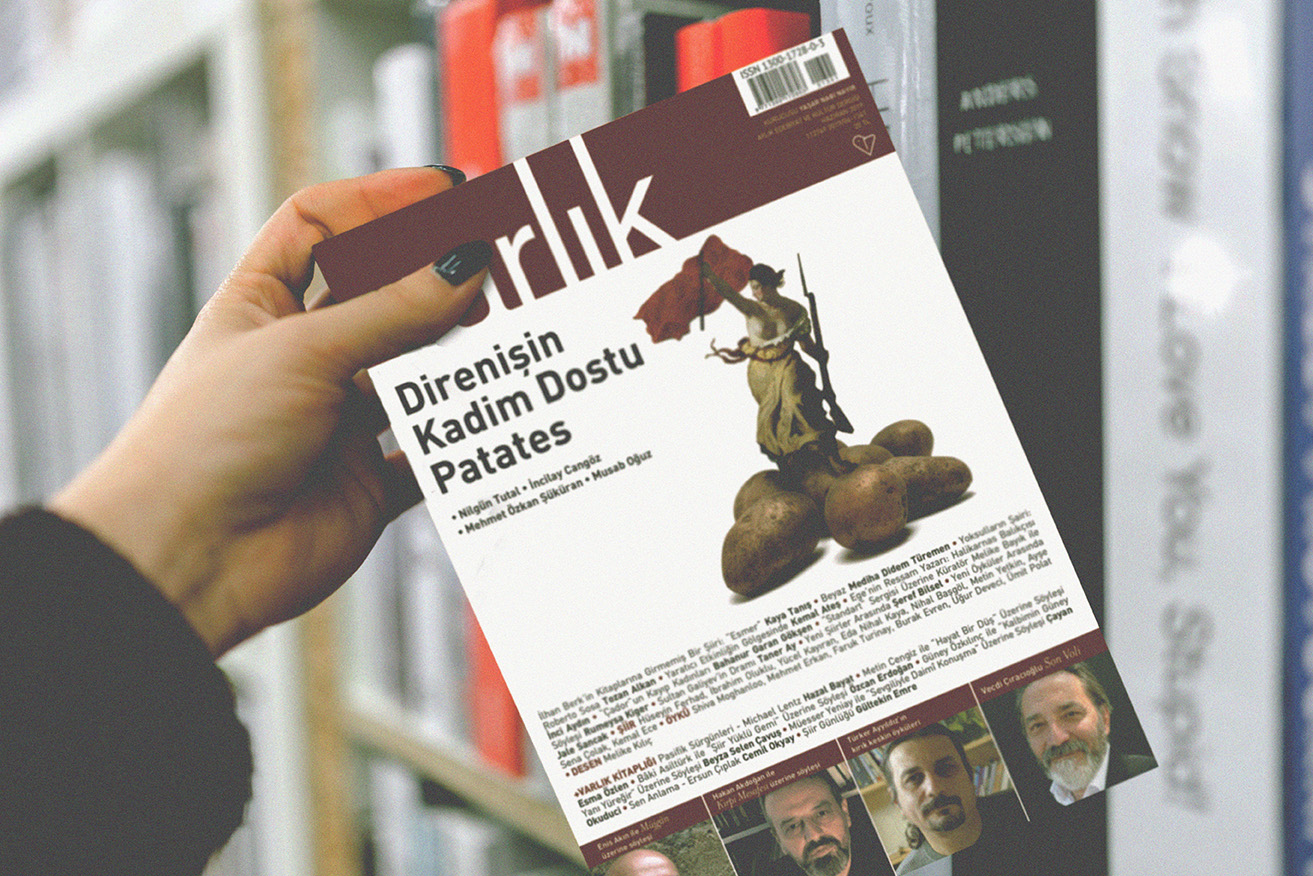 İncilay Cangöz covers the hyper-reality of the media frenzy surrounding onion and potato prices, contrasting the obsessive attention on ‘onion speculators’ and the cost of living and with other potential stories such as the collapse of globalization, the rise of racism, and faith-based terrorism. ‘Because it is a powerful institution on the intersection of the economy, politics and social life, the new media’s conceptions of reality will never be exempt from ideology. And neither can news about ordinary onions and potatoes…’ 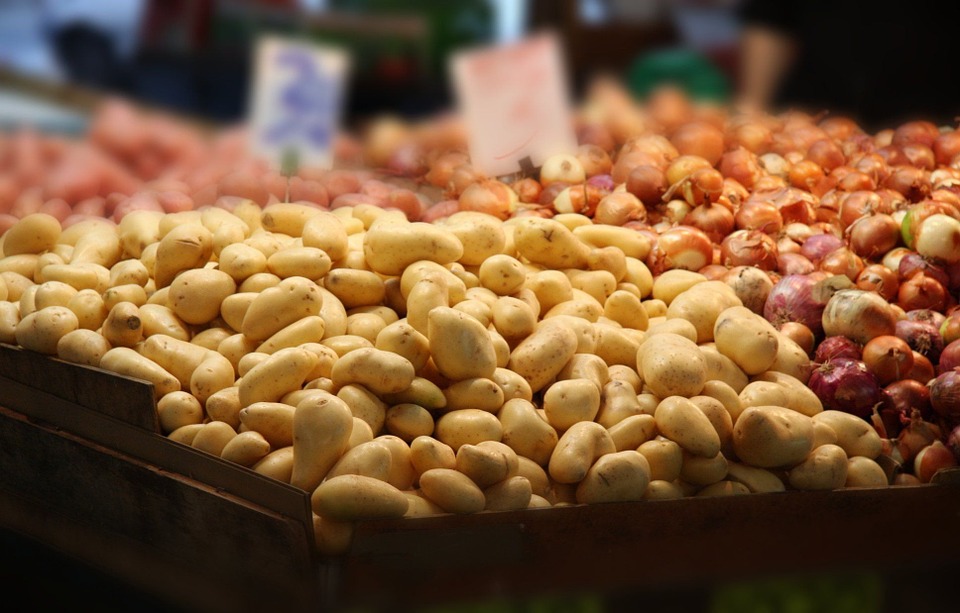 Photo by Republica on Pixabay

This is part of our 11/2019 Eurozine review. Click here to subscribe to our reviews, and you also can subscribe to our newsletter and get the bi-weekly updates about latest publications and news on partner journals.

Tearing down the ivory tower

Abusing the COVID-19 crisis to close the 'wokest' university

It took a while for even the faculty to realize that the Istanbul Şehir University has effectively been closed down. It had stood its ground against Erdoğan’s interventions for years, but the pandemic served as the perfect opportunity for a swift and silent takeover. Now the same can happen to any of the other independent universities in Turkey.

Fault lines of a war foretold

Despite the ceasefire, Nagorny Karabakh’s status remains unclear. Any lasting solution must deal with the anxieties of precarious nations and unachieved statehood. On the historical roots of the long-standing conflict and the legal ambiguities of a war in contested territory.