Over the last 30 years, Russia’s principal strategic goal had been to maintain its quasi-imperial dominance in the post-Soviet space. Not any more. Moscow’s inability to quickly achieve regime change in Kyiv has transformed both the Kremlin’s war aims in Ukraine and the very nature of the Russian state. When Vladimir Putin sent Russian tanks rolling into Ukraine in late February, he still presided over an imperial-like polity largely privileging the methods of indirect rule. Four months later, Russia looks more like an aggrieved and aggressive nationalizing state focused on the ‘gathering of lands’ than a benign, regional hegemon. This dramatic shift will have profound consequences for Russia’s immediate ex-Soviet neighbours, the European Union and the world at large. 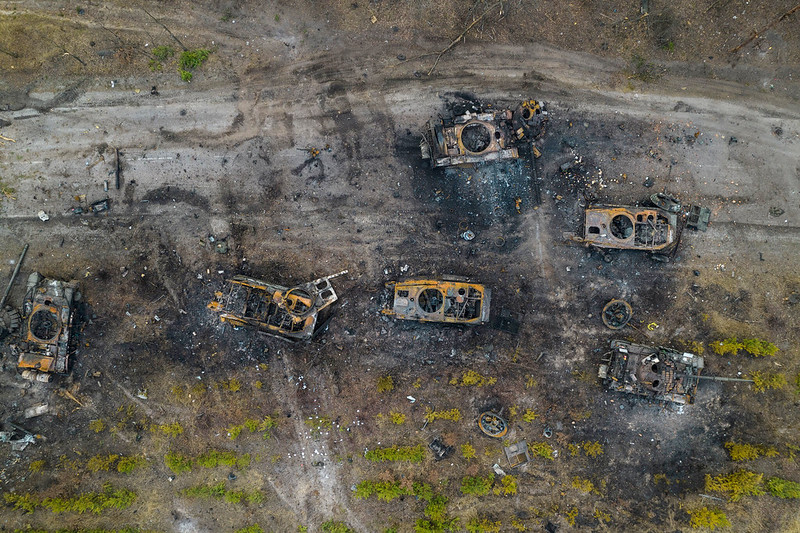 Historians have long noted the extraordinary longevity of empires. Charles Tilly once famously characterized them as ‘hardy beasts’,1 while Imanuel Geiss made an astute comment on empires’ survivability. Even when they eventually die, he said, this might be ‘not for good’. ‘Most’, he added, ‘staged their comeback in whatever guise was appropriate for the times.’2

Russia is a case in point. As an imperial polity, it lived through several acute crises and metamorphized over the course of the twentieth century. The Russian Empire collapsed in 1917 amid political and economic upheaval caused by the First World War. Following their Russian Civil War victory, the Bolsheviks reconstituted it in the form of the communist Soviet Union in 1922, which in its turn collapsed in 1991. In the latter case, Russia may have dumped its empire voluntarily (as the official narrative would have it), but what followed this ‘act of liberation’ was quite unusual indeed. Unlike some other former imperial polities, this ‘rump Russia’ did not immediately exit the international arena, nor did it reinvent itself as a ‘regular’ national state with more modest geopolitical ambitions.

Instead, since the early 1990s, Moscow has been tenaciously seeking a leadership role in post-Soviet Eurasia. Russia’s craving for the dominant position within the vast expanses of what its elites have historically perceived as Pax Rossica is intimately connected with the country’s self-understanding. Moscow’s geopolitical dominance over much of the post-Soviet Eurasian landmass, perceived as a distinctive ‘civilization space’, appears to constitute a key element in Russia’s claim to great power status. According to the Kremlin’s geopolitical outlook, Russia could only successfully compete with the United States, China or the European Union if it acts as a leader of the regional bloc. Bringing Russia and its ex-Soviet neighbours into a closely integrated community of states, Russian strategists contended, would allow this Eurasian association to become one of the major centres of global and regional governance.

Russia’s policy on Ukraine has been an inalienable part of its overall ‘Eurasian’ strategy. However, Ukraine’s place in the Russians’ political imagination is unique. It is where the imperial and the national are intimately intertwined. The Romanov Empire did not distinguish between ‘Ukraine’ and ‘Russia’, nor for that matter did it recognize other ethnic territorial units. The vast, multiethnic imperial polity was deemed ‘Russia’, autocratically ruled by the ‘Russian’ Romanov dynasty. Besides being used as a broad definition of empire, the word Russian from the 1850s was also used as a fuzzy politonym cum ethnonym in a narrower sense: the ‘larger Russian nation’ was imagined as comprising three Eastern Slavic peoples – Russians (Great Russians), Ukrainians (Little Russians) and Belarusians. The territory of contemporary Ukraine was widely perceived as an important part of Russia’s national core. Ukraine’s secession, noted the prominent Russian political thinker Petr Struve in the early 1910s, would cause ‘a gigantic and unprecedented schism of the Russian nation, which, such is my deepest conviction, will result in veritable disaster for the state and for the people.’3

The Bolsheviks appeared to recognize Ukraine’s distinct identity; the Ukrainian Soviet Socialist Republic was one of the key founders of the Soviet communist ‘federation’. Yet the disintegration of the Soviet Union has brought old ambiguities back to the fore. Since the early 1990s, representatives of the various strands of Russian nationalism have started advancing their reconceptualization of ‘Russia’. It has variously been conceived as a community of ethnic Russians, a community of Eastern Slavic peoples, a community of Russian speakers, or a religious community of Orthodox believers under the Moscow Patriarchate. All these four overlapping communities were united in the vague notion of Russkii mir (Russian world) that became part of the Kremlin’s ideological toolkit from the mid-2000s.

Imprecisely defined and broadly interpreted, the Russkii mir concept helped Russia’s governing elites pursue policies of their choice, perpetuating the ambiguity of their approaches to nation building and extracting maximum benefit from this ambiguity. At its core, however, this concept represents an amalgam of strong imperial and ethnic nationalist connotations and is ultimately designed to redefine the established state borders. It asserts that the present-day Russian Federation’s ‘political body’ and Russia’s ‘cultural body’ do not coincide.

Such a perspective coupled with Putin embracing the ‘unity paradigm’ – his contention that the Russians and Ukrainians are one people – seriously undermines Ukraine’s political subjectivity and sovereignty. It portrays Ukraine, albeit formally an independent state, as an inalienable part of the imagined ‘historic Russia’, thus keeping it within the Russian Federation’s sphere of influence. So long as Moscow managed to keep Kyiv within its orbit and the West at bay by manipulating identity as a soft power tool, it largely remained a status quo power and a quasi-imperial polity preferring indirect control. When the Kremlin leadership sensed that Ukraine was about to ‘defect’ to the West in 2014, Russia turned revisionist and irredentist. It embarked on what might be called the ‘Russian Reconquista’, seizing Crimea and attacking Ukraine’s eastern provinces. The ‘pan-Russian’ idea was deployed with a vengeance.

But this was the beginning of the end of Russia’s ‘imperial’ ambition in the post-Soviet space. Moscow’s full-scale war on Ukraine has driven the last nail into the coffin of the Russian-led Eurasian ‘civilization bloc’. Putin’s ‘special military operation’ appears to have been a last-ditch effort to restore Moscow’s full control over Ukraine by toppling the Zelensky government and installing a new loyal leadership in Kyiv. As this plan failed, the Kremlin was forced to reformulate its war aims, focusing instead on reconquering ‘historic Russian lands’ allegedly given to Ukraine as a ‘gift’ from Lenin. These lands, some leading Russian commentators suggest, might include not only the territory of the Donetsk and Luhansk regions but also a much broader swathe of Ukraine’s south-east stretching from Odesa to Kharkiv.4 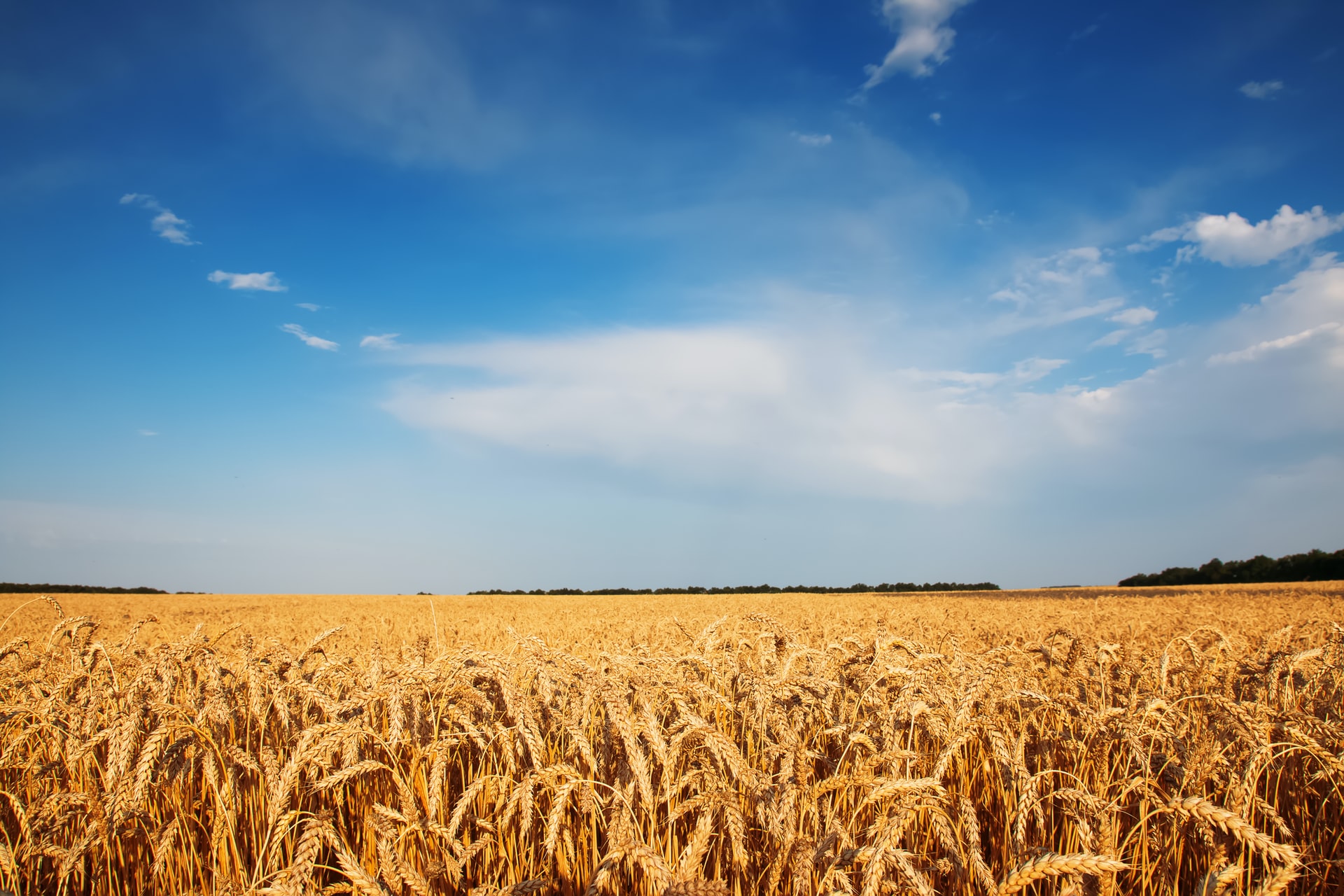 Yet having shifted its objective from regime change in Kyiv to reclaiming lost parts of ‘national patrimony’ and returning ‘kith and kin’ to Mother Russia’s fold, the Kremlin seems to no longer be interested in quasi-imperial ‘integrationist projects’. Rather, Moscow’s goal now is to reformat the post-Soviet space, and build a strong and viable Russian national state. Such an endeavour has long been supported by several influential Russian thinkers, from Struve and Ivan Il’in to Aleksandr Solzhenitsyn. The last two are particularly popular with the Kremlin leadership these days. In his voluminous political commentary from the early 1950s, Il’in prophesied that, after the inevitable fall of Communism, the future Russia could only be a ‘national Russia’.5 Solzhenitsyn drew a very similar picture in his 1990 pamphlet, ‘Rebuilding Russia’, resolutely denouncing Russia’s ‘imperial syndrome’, calling on Mikhail Gorbachev to immediately shed the ‘culturally alien’ borderlands in the South Caucasus and Central Asia, and suggesting focus be placed on building what he termed the ‘Russian Union’. According to Solzhenitsyn, however, this Union would have to comprise all Eastern Slavic countries (including Ukraine and Belarus) as well as huge chunks of ‘Russian’ Southern Siberia and Southern Urals (now part of Kazakhstan). In his understanding, southern territories of Ukraine, Crimea and Donbas are quintessentially ‘Russian’.6 One cannot fail to see striking similarities between Solzhenitsyn’s ideas and Putin’s new strategic blueprint.

The collapse of the Soviet Empire has turned out to be a protracted process. Indeed, war on Ukraine is its continuation. However, no spectre of a new Russian Empire is in sight: what we are witnessing now is the emergence, amid abominable atrocities and bloodshed, of the aggressive and nationalistic Russian state that will likely prove no less a threat to global security than its imperial predecessor.

So Virgil was mistaken after all: there is no such thing as the ‘empire without end’. Another wonderful poet from a different era, Nobel laureate Derek Walcott, made a more astute observation in his poem Lost Empire:

And then there was no more Empire all of a sudden.

Its victories were air, its dominions dirt.