New narratives of class and nation

In ‘Soundings’, David Featherstone and Lazaros Karaliotas ask how we can expand our image of the working class beyond a ‘narrowly nationed narrative of the crisis’. Also, Mary Kaldor probes the ‘tragic mistake’ to find new hopes for a ‘remain-and-reform’ position, and Gabriel Bristow clarifies the misunderstood gilets jaunes movement. 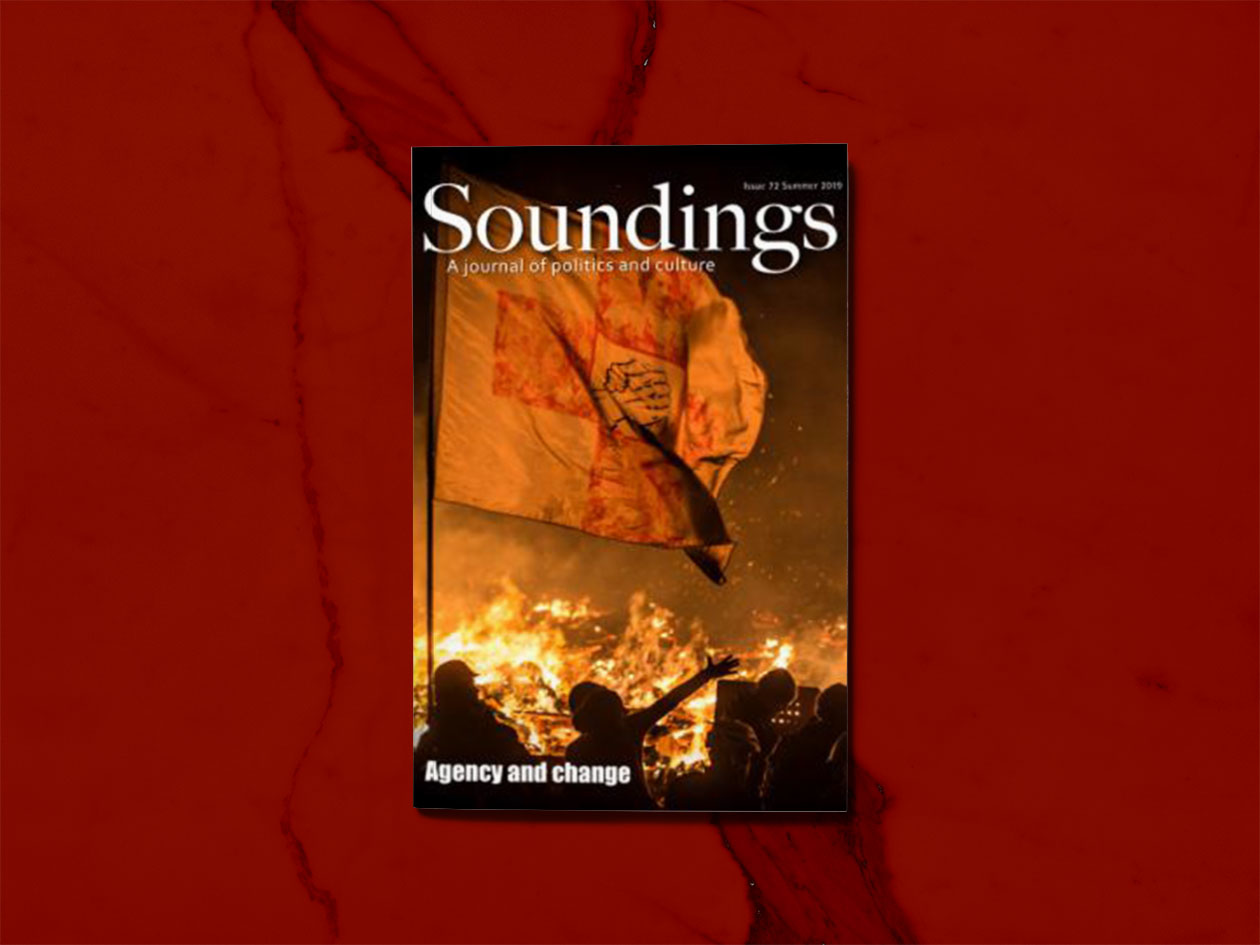 Soundings contributors ask how Britain can tell a better national story about itself post-Brexit. The Left, the editors argue, needs not only ‘a better way of thinking about the national “we”’, but a better sense of itself and its own supporters. That means rejecting the ‘sedimented racist nationalist populism’ David Featherstone and Lazaros Karaliotas see in the ‘narrowly nationed narrative of the crisis’, which assumes fixed identities for ‘us’ and ‘them’, ‘elite’ and ‘people’, and uses a ‘nostalgic view’ of the (white, male, industrial) working class.

Mary Kaldor asks what caused the ‘tragic mistake’ of Brexit and how to fix it. Though the referendum ‘unleashed the beast of racism’, and parliament’s indecisiveness has made the UK a global media laughing stock, the stalemate in fact represents ‘potential openings’ as parliamentarians express healthily democratic opinions with ‘a varying mix of conscience and electoral calculation’. Despite anti-immigrant scapegoating, Brexit has at the same time ‘opened up the possibility of what Altiero Spinelli called the “substance of politics”’.

Kaldor explains Britain’s democratic deficit in terms of a ‘gap’ between substantive democracy (political equality) and the proceduralism (citizens’ participation) that is the condition for the former. Globalization, the ‘degradation of [parliamentary] politics’, and the military-industrial complex, have, however, eroded trust in political life, and the referendum result was at least in part an expression of a ‘pervasive sense of disempowerment’. Kaldor’s proposed solution is a progressive, pro-European ‘remain and reform’ position. 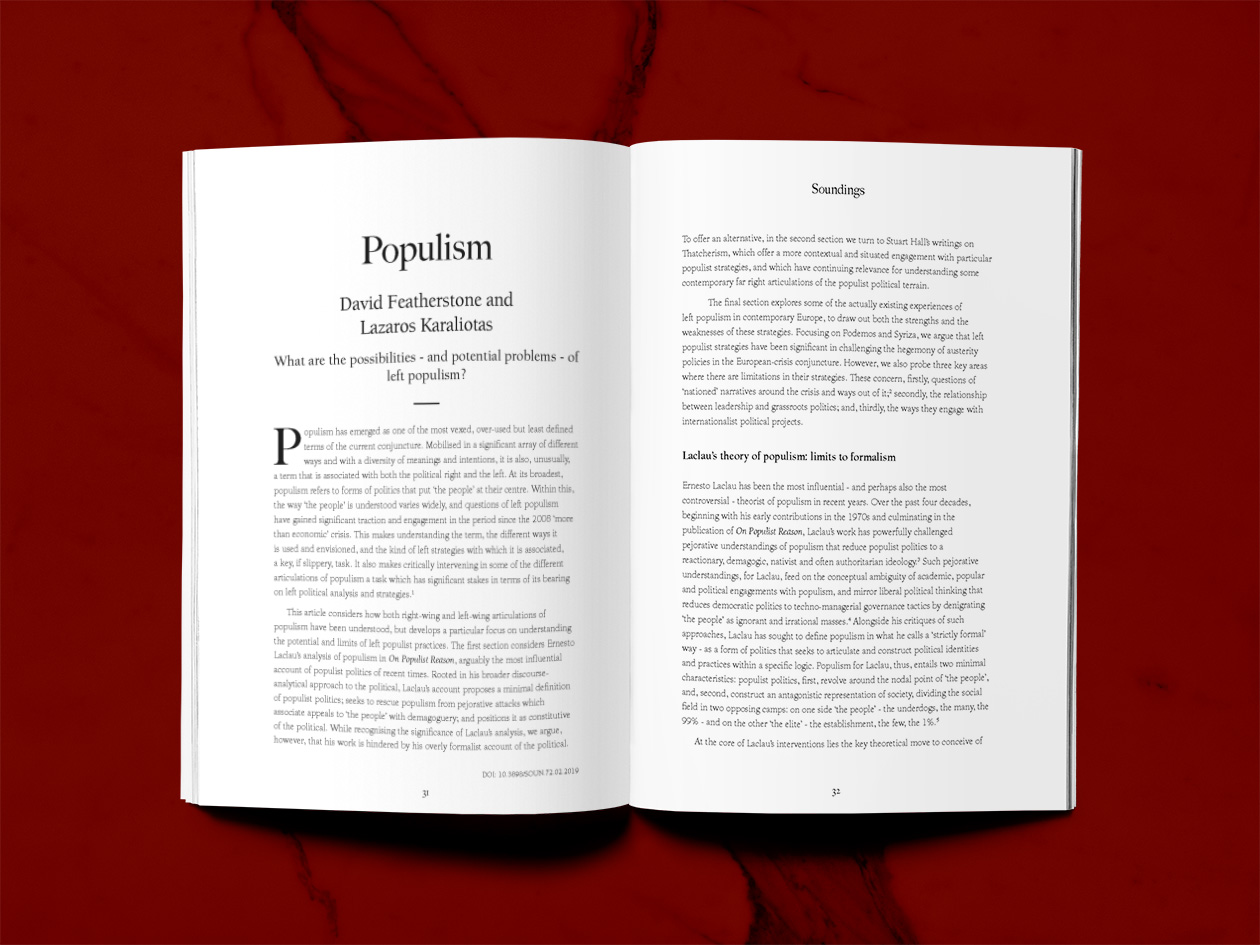 Brexiteers’ despair is not unlike the ‘palpable’ rage and suffering Gabriel Bristow sees in France’s misunderstood Gilets jaunes movement. In an article also republished in Eurozine, Bristow charts the complex history of the movement’s emergence and contradictory ideological formation. Though he cannot identify a ‘neat, linear direction of travel’, the movement has gone from typically centre-Right anti-tax politics to Left-wing demands not only for ‘tax justice’ but ‘justice tout court’ and, eventually, ‘an anti-systemic demand for direct democracy’.

The movement’s opening demands were Emanuel Macron’s deposition and rebellion against the French state’s authoritarian turn, of which they have borne the brunt. The movement has, to be sure, faced immense repression by the security forces, who injured many protestors with riot-control weapons not used in most European countries. The result, Bristow argues, is that the gilets jaunes have turned to a kind of ‘anarcho-populist “citizenism” pursuing direct, de-professionalized democracy inspired by a highly historically selective, folkloric image of the French Revolution. Despite the movement’s ‘cross-cutting nature’, Bristow notes that it ‘seems more intent on precipitating the thorough destitution of this order than on constituting a new one’.