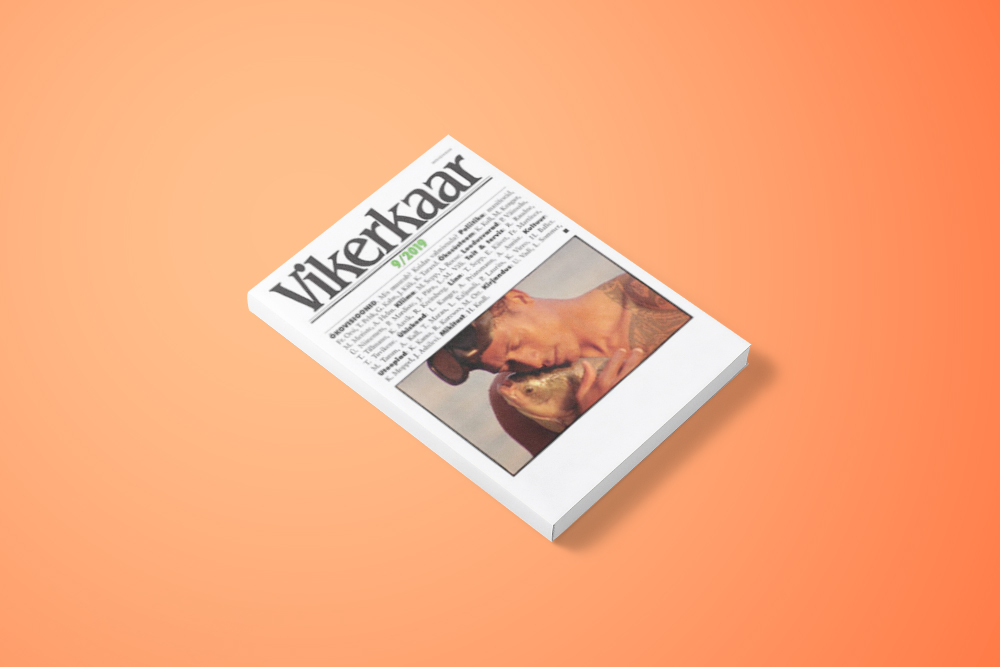 As millions of people around the world strike to demand action on climate change, Vikerkaar asks scientists, activists and artists: how did we get here, and how do we move forwards? The issue takes an Estonian perspective on the planetary ecological crisis, discussing changes in climate, politics, culture, arts and economy – all precipitated by the Anthropocene.

Among the forty and more contributions are discussions of the contamination of waterways by agricultural runoff, oil shale mining and pharmaceutical waste; the return of diseases such as malaria, thought to be long banished from northern Europe; the emergence of urban heat islands, against which Estonians are unprepared; and the catastrophic decline in ecological diversity, which mirrors trends recorded in France, Germany and the US.

Not content with simply recording the damage, the issue also contains visions for the future: How might renovating Soviet housing projects offer a new model for resource-light urban development? Could eastern Estonia be rethought as a tourist hotspot to replace its destructive reliance on oil shale? Could cities be redesigned to support ecological diversity? What if we reformed taxation and supply chain management so that outsourcing carbon emissions to the global South would become impossible?

On what grounds could citizens be forced to accept the kind of massive collective action required to meet the challenge of global heating? Why would they vote for policies that do not benefit them directly, but only future generations, who are likely to be citizens of another country? Ethical philosopher Francesco Orsi argues that the answer is neither unprecedented nor undemocratic: ‘What the Anthropocene presents is not an intractable problem for democracy, but the more limited (though obviously difficult) issue of how uncompensated transfers of resources (i.e. sacrifices) for the sake of future generations of foreign citizens can be made acceptable to citizens.’

Nothing can be done, we are too late, civilization is doomed. The question is not ‘if’, but ‘when’. Anthropologist Aet Annist notes how climate fatalism is tied to global inequality – fearing the loss of one’s comfortable life presupposes that one has a comfortable life to start with. Crisis and fear produce radically different collective responses: a hope for individual survival over the bodies of others – or a demand for equality and justice across generations, both globally and within specific societies. The first will inevitably leave climate change itself in the background. A bad strategy: ‘not even extreme forms of inequality can guarantee the über-wealthy that their personal good life can continue’.