In a dossier on media and public opinion, ‘Il Mulino’ debates hate speech and the new populism; reading habits and the crisis of critical thought; and traditional media’s susceptibility to disinfo. Also: an interview with Turkish-Kurdish writer Burhan Sönmez. 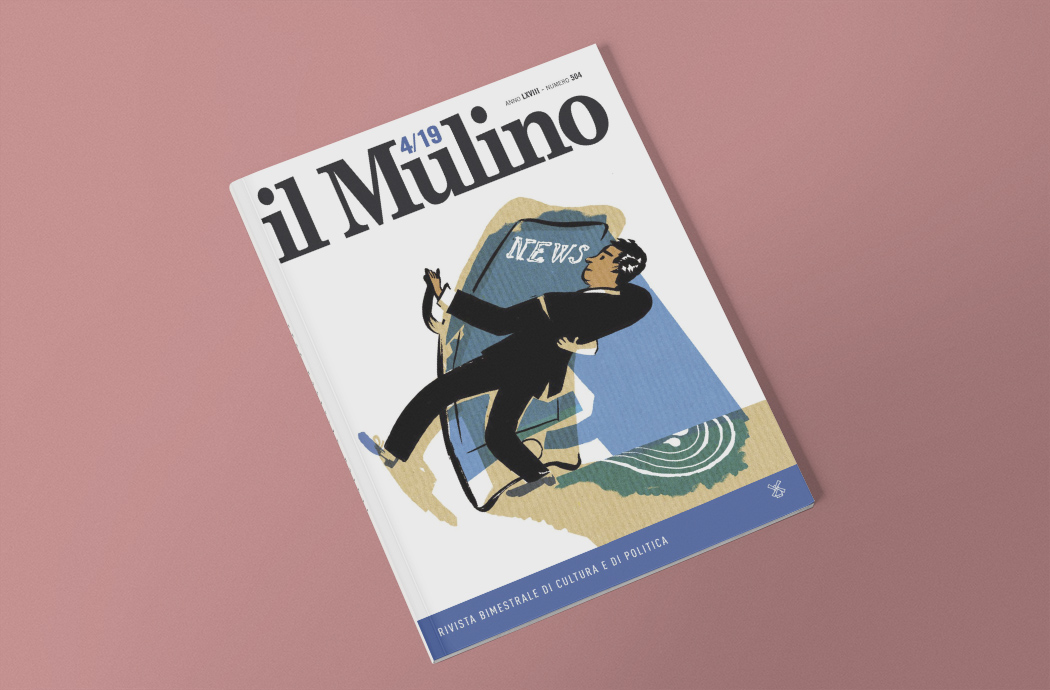 The Italian media is a special case in Europe, notes Anna Carola Freschi. First, it heavily concentrated. Second, it has the highest rate of hate speech incidents in Europe. Third, social media has influenced politics to an extraordinary degree. Disinformation and hate speech around immigration is a particular problem, for which politicians are directly responsible. Freschi cites figures from Amnesty International showing that over 50 per cent of Matteo’s Salvini’s tweets are offensive or discriminatory. Before the 2019 European elections, Facebook removed 23 pages or accounts with over 2.5 million followers related to the Lega and M5S.

Popular journalism in Italy sells by the five S’s, writes Rolando Marini: sangue, sesso, salute, sport e soldi, (blood, sex, health, sport and money). But the five S’s of so-called quality journalism – scontro, sondaggio, scandalo, straniero, social (confrontation, polls, scandals, foreigners and social media) – are themselves highly susceptible to the kinds of disinformation and distortion that social media are so good at creating and propagating. The result: that the impoverishment of public discourse is often lamented in the same media that others blame for fake news.

Whatever regulatory or other mechanisms are put in place to restrict disinformation or online abuse, the critical change must be to educate the audience. ‘We are caught in a short-circuit from which we have difficulty escaping,’ as editor Bruno Simili puts it. There has been a move in Italy from inequality in access to information to inequality in digital literacy – something that is at least as damaging, especially since consumption of traditional sources of information is also declining. Only 41 per cent of Italians read books and only 37 per cent read newspapers, both huge drops in the last decade. But if education is the key, there is bad news here too for Italy. According to statistics cited by Fabio Paglieri, Italian students’ capacity for critical thinking has stagnated in recent years.

‘When a government wants to conquer a people, it first conquers its past,’ comments Turkish-Kurdish writer Burhan Sönmez. Referring to Turkey, he says that ‘our social memory is quickly cancelled or represented in a new guise’. And yet, continuing criticism of the Gezi Park protests show that they are still perceived as a genuine challenge.