How to argue better

New Humanist’s winter issue, the last under the helm of editor Daniel Trilling, asks how we can improve not only the topics we discuss, but also how we discuss them. 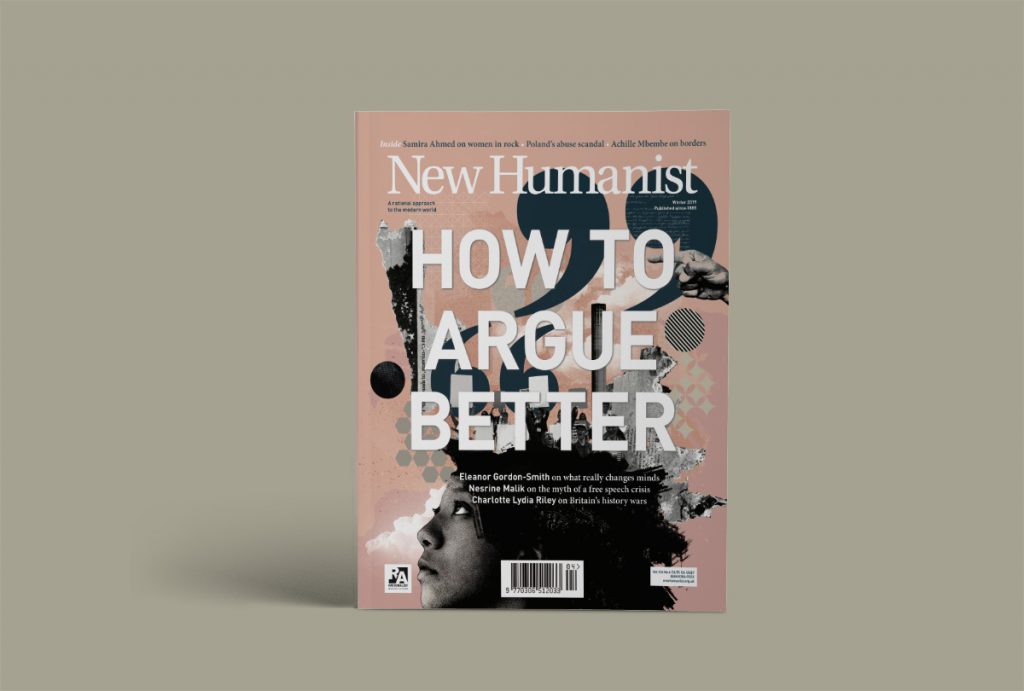 Eleanor Gordon-Smith asks what happens to us when we change our minds and the stakes are high. We assume, she argues, that rationality is only ever about abandoning emotion and personal reflection: ‘The idea seems to be’, she observes, ‘that being emotional precludes being rational, and we can only select one way of being at a time’. This assumes that rationality is all about how we hook up our behaviour to our goals, ignoring the vital question of which goals are worth pursuing. The way around this is to think about real stories where people have changed their minds.

Madeline Roache looks at 2019 documentary Tell No One, which shows confrontations between sexually abusive priests and their victims. Writer Michal Wojchiechowicz, for example, kept quiet for years because figures like accused priest Henryk Jankowski played a significant role in the Solidarity movement, often hiding dissidents. ‘I couldn’t speak about it’, says Wojchiechowicz, ‘because fighting communism was more important’. The Law and Justice Party, portraying itself as a ‘defender of Christendom’, has forged an alliance with Polish bishops, replacing sex education in schools with ‘Preparation for Family Life’ programs, restricting the availability of the morning-after pill, and conflating the LGBT community with the paedophiles they claimed to be clamping down on. 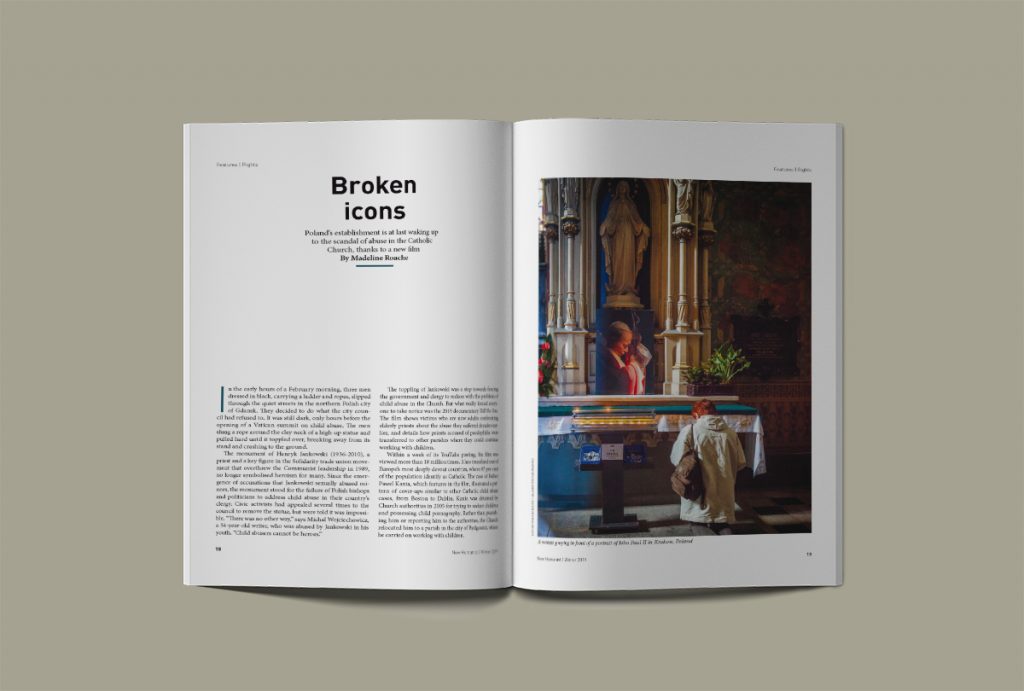 After the death of Islam Karimov, whose regime in post-Soviet Uzbekistan was widely considered one of the world’s most repressive, the government of Shavkat Mirziyoyev has introduced reforms dubbed the ‘Uzbek Spring’. They include reducing the power of the state security service, releasing political prisoners, abolishing forced labour and scrapping visa requirements for citizens of most European countries. But ‘the government still has little respect for the rights of ordinary Uzbeks’, Marc Bennetts reports. Demolitions and heavy-handed ‘urban renovation projects’, carried out by companies with ties to the government, bulldoze residential areas to build business centres and pose a threat to UNESCO world heritage sites like the ancient Silk Road cities of Bukhara and Samarkand.

Achille Mbembe’s powerful take on the ‘carceral geography’ of technologically-enhanced borders, set to become the ‘defining conflict of our time’ (first published in Esprit in French and in English translation in Eurozine).