Set narratives can be difficult to shift. Once a critical mass follows the same line, especially when generated or reinforced through repetitive communication, rhetoric can soon seem absolute. Propaganda is especially skilled at twisting any oppositional view to reinforce rather than expound myths. So how to buck the trend when it really matters?

Eurozine authors propose several effective approaches: questioning the unquestionable; pitting one narrative device against another; and debunking the dominant form. 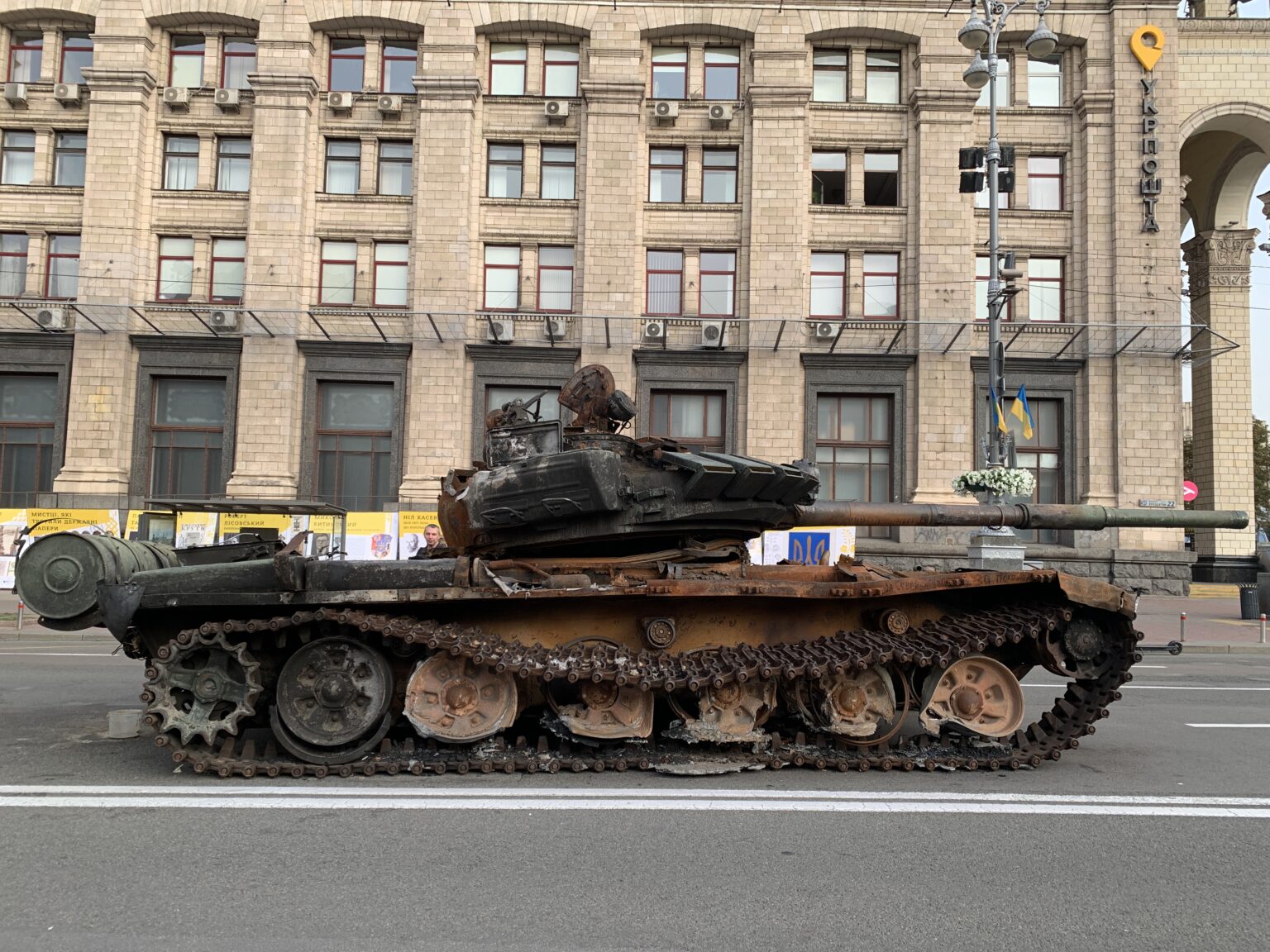 In #DialoguesOnWar, a new collaboration with PEN Ukraine, Mykola Riabchuk and Serhy Yekelchyk speak of unsettling received opinion: ‘Russian imperial knowledge’, says Riabchuk, ‘since the eighteenth century … has been produced, disseminated, powerfully institutionalised, exported, and established in the West as academic, objective, scientific knowledge, which remained unquestioned until recently.’ Postmodern academic tools are his chosen arsenal to expose power relations: ‘I want to deconstruct this imperial knowledge. It is high time to challenge it … This war is decolonial, it is a national liberation war,’ continues Riabchuk.

Yekelchyk provides a concrete example: ‘the removal of colonial statues is essentially the same thing Ukrainians started doing several years earlier … Lenin in Ukraine does not stand for Communism, but for the Russian colonial past, for closeness to Russia. In the West, once you label a coloniser as such, there is no going back.’ 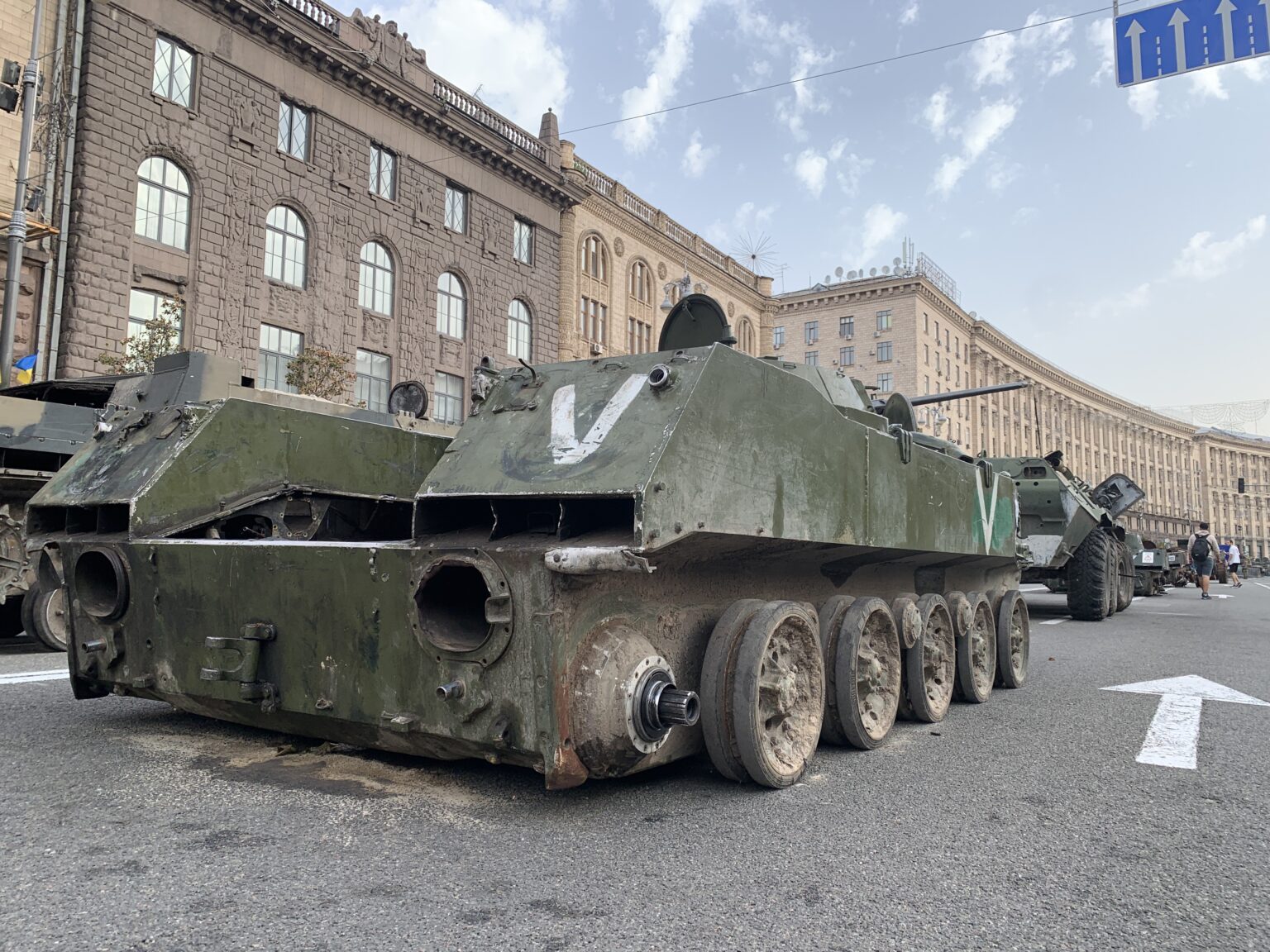 When confronting the same need to redress Russia’s ‘swamp’, Natalija Jakubova’s comment on her home country identifies what she calls ‘a war in the age of relativism and postmodernism’. Jakubova describes a skewed reality where ‘Russian soldiers in Ukraine are in an “alternative Russia”. Everything looks like it does in “Russia-1” … but is considered fake, a simulacrum, and must be destroyed … You imagine that your fellow Slavs in “deformed Russia”, in “Russia-2” … are genuine fascists. In the meantime, you only appear to be doing things which were done by “fascists in the movies”.’

An equally determined ‘sleight of hand’ is needed to counter such a heavily forced situation, where propaganda manages to disguise the Russian military ‘attacking another country’s civilian population’ as ‘the duty to protect their country’. Some Ukrainians have turned to humour as a form of defence. The joke goes: (soldier) ‘Hi, mum, it’s your son, I’ve been taken prisoner in Ukraine.’ (mother) ‘Hang up, young man. The TV said I have a daughter.’

Jakubova acknowledges that ‘Ukrainians understand very well how the rhetoric of Putin’s “war of liberation” works, winding it up to the limits of absurdity.’ And, while ‘the severity of war shouldn’t be played down’, she recognizes: ‘that such humour can flourish’ is ‘a moral victory’. 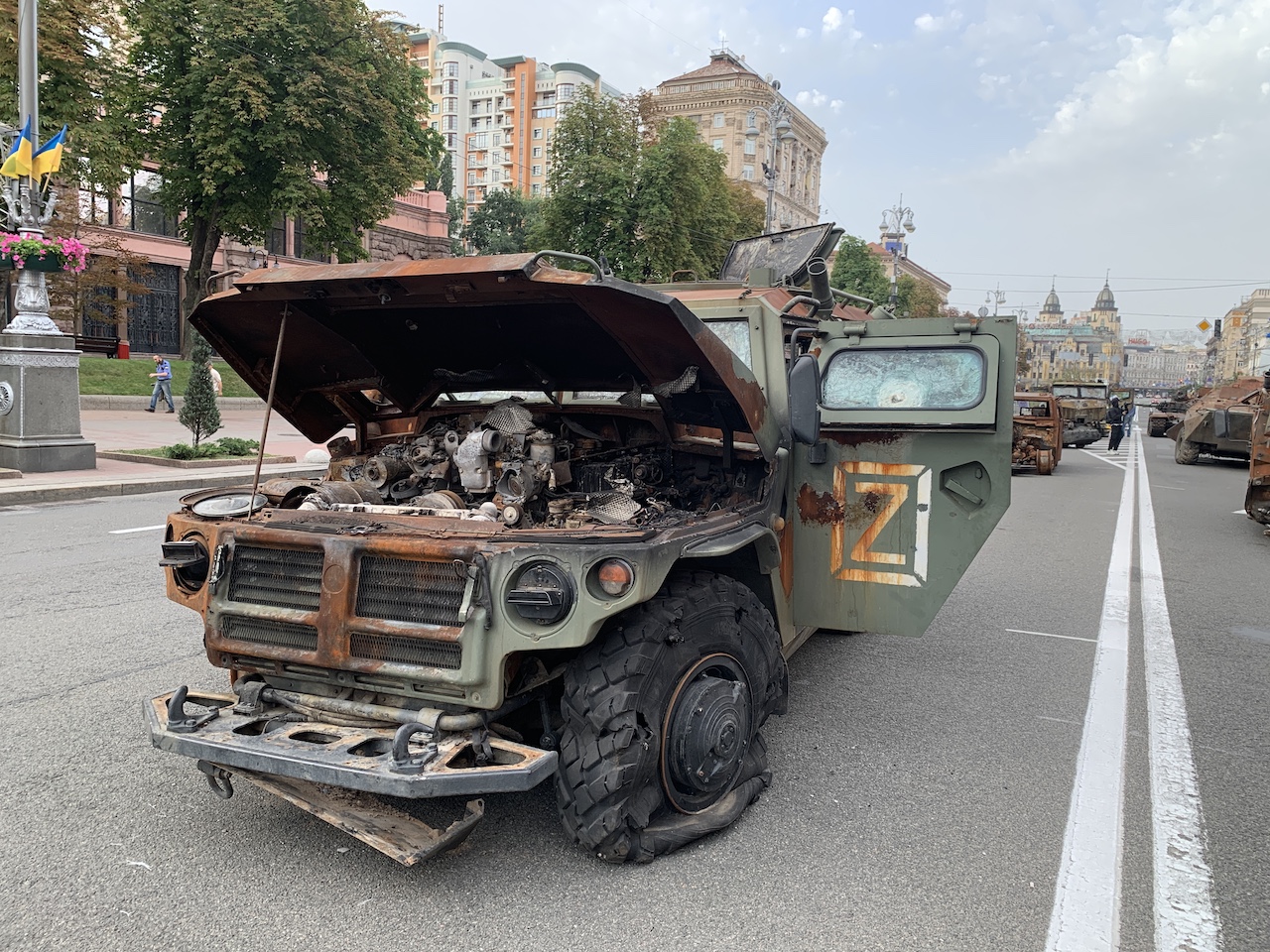 The very possibility that a societal wrong can be convincingly dressed up as a right, in Alan Sokal’s opinion, exists because we live in a state of ‘reified postmodernism’. In conversation with Péter Krekó, the scientist describes how ‘ironically … relativist ideas come to be employed in the service of dogmatic absolutism when issues such as social oppression, and how to combat it, are addressed.’

Sokal, who published a hoax paper on quantum gravity in a philosophical journal, questions applied postmodernism’s hold over agreed truth. Derrida’s notion that ‘there is no such thing as objective knowledge of natural and social reality’ mixed with the political principle that ‘any claim to objective knowledge is no more than an assertion of power’ is, in Sokal’s view, open to manipulation: ‘the most significant danger is that anyone can play the game, including the pseudo-populist extreme right,’ he says. 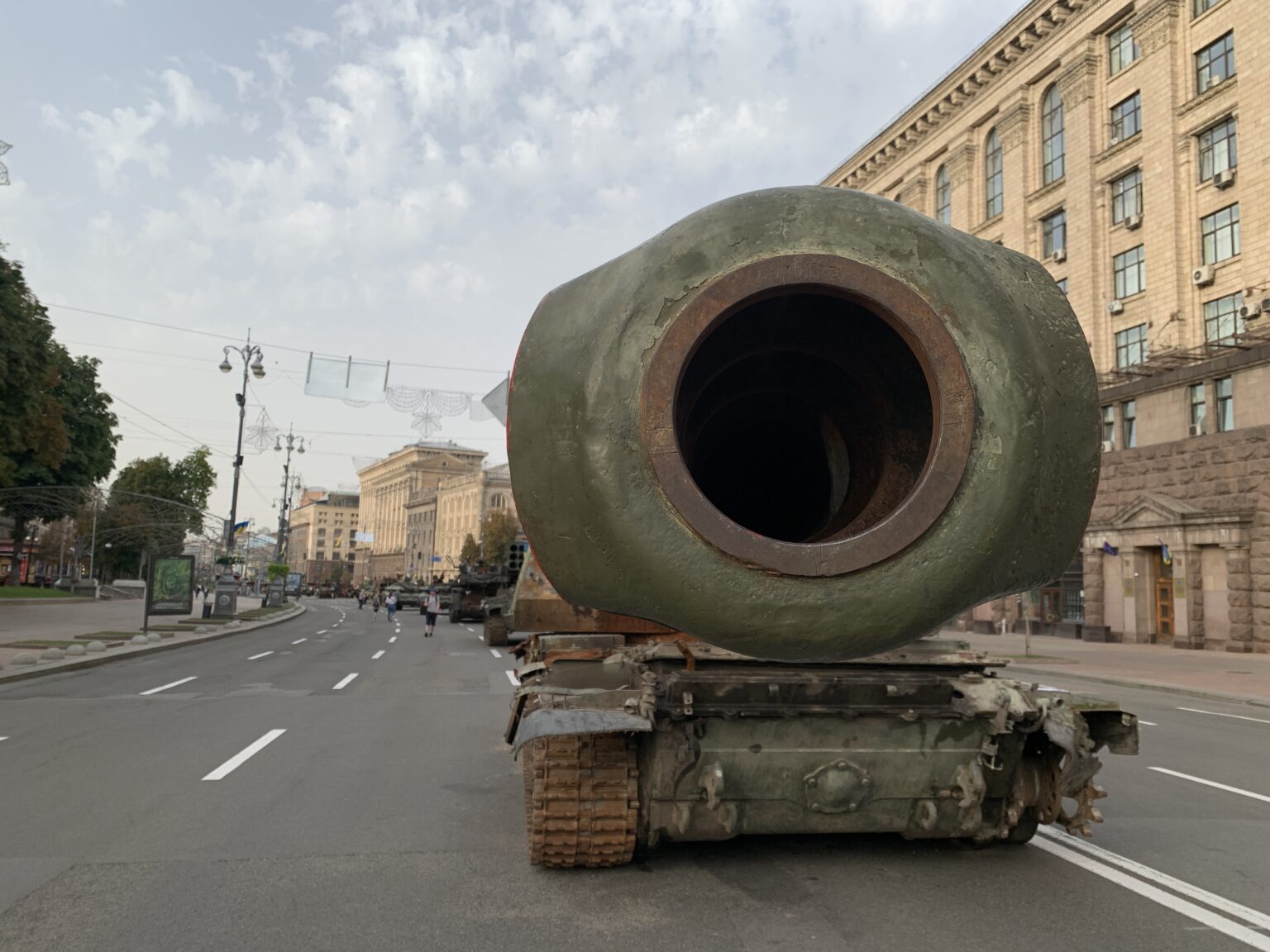 Sokal proposes that ‘social justice is better served by an epistemology founded on evidence and reason.’ His call for a renewed sense of objectivity is echoed in Jakubova’s statement of fact: ‘Evidence for crimes is easy to find but ignored … This is a crime against humanity, a fundamental rejection of the reality that takes account of human life.’ And Yekelchyk underlines the all too real risks of stonewalling: ‘It is sad that it takes war crimes, crimes against humanity, and genocide to wake up some western observers and statespersons’. From distinctive positions, each referencing applied postmodernism, all three contributions suggest the time for certain mythologizing is over.

Thanks to Eurozine partner Gwara Media for the permission to reuse several images from their Independence Day of Ukraine photo story.

In defence of the objective world