Hard truths in an anxious time

Choreography replaces vision in a leaden US election campaign, writes George Blecher. No amount of media hype can disguise voters’ sense that neither candidate is offering a significant variation on the status quo.

The US conventions weren’t exactly surprising this year, but then they haven’t been for decades. Choreographed to the second, even across party lines – wife vs. wife, handsome Hispanic politician vs. handsome Hispanic politician – the spin doctors made sure that every moment was synchronized to TV breakaways of smiley faces in the crowd. Maybe the only expression of surprise was the look on Mitt Romney’s face as he read from his teleprompted speech: Do I really believe this stuff?

Now the parties have settled down to business. Unlike John McCain’s goofy, half-hearted 2008 effort, the campaigns this year will be fought in earnest. Hundreds if not thousands of statisticians are planning their attacks like military operations – a neat irony, since for the first time in memory neither candidate served in the army. (Though the ineptitude of recent statements by Romney and leaks from his previous fund-raising speeches make you wonder how good his tacticians really are.) Before the War Games switch into even higher gear, here are some hard truths about the election:

– The reason that US elections are so close no matter who the candidates are is because politics have become more personal than religion or choice of spouse. Virtually everybody – this holds true for both parties – votes with his body, not his mind. On the Right, the body votes for a vision of freedom from authority, personal strength, manhood (or womanhood) – and against the threat of the Other Side taking these freedoms away. The Left body votes for union, love, cosiness, security – and against the selfishness and stupidity of the Other Side. If not exactly a contest between Id and Ego, it’s obvious that emotions play a far more central role than ideas in US presidential elections. 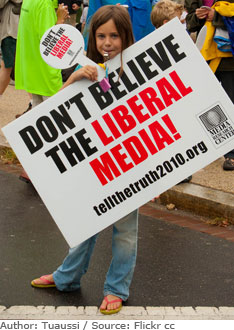 – On the nitty-gritty level of American politics (what happens after the elections), Obama and Romney represent fairly distinct versions of capitalism, though neither is extreme enough to seriously disturb the status quo. Despite his kowtowing to the Tea Party faction, Romney stands pretty much in the centre of his party. Under his watch Big Business would be less regulated, attempts would be made to soften the edgier aspects of Obama-care, drilling for oil and gas would go on in places it probably shouldn’t, but the country wouldn’t fall off the edge of a flat world. Obama, meanwhile, has proved to be a centrist with some links of his own to Wall Street. Rather than proposing massive public works projects or extensive federal investment in research and development, he’s likely to take deliberate, cautious steps similar to those that he took in his first term. While Europe feels more secure with Obama’s hesitant style than Bush Junior’s recklessness, Romney the statesman remains an unknown quantity – though his tendency to waffle, and his gaffes during his brief summer abroad, suggest that he has a good deal to learn.

– A fair number of voters will vote against Obama because he’s black. Every American (except those in the press) knows this is true. The reason that it wasn’t as true in 2008 was due to Obama’s uncanny timing. As was noted at both conventions, the country plunged into the financial crisis just weeks before the last election, and for a while the voters went colour-blind: Just get us out of this mess! The tricky thing is how to make an educated guess about the relative significance of racism in the present election; so far, no one has dared even to try.

– The American Left is disappointed in Obama. They hoped that he would be the harbinger of a new era that combined the vision and energy inherent in the rhetoric (if not always the praxis) of JFK. Unfortunately, their picture of Obama was more wish than reality. Nothing in his background pointed to sweeping changes or large visions. From his law school days he’d been a “policy wonk” – an academically-trained thinker who eschews grand ideas in favour of practical steps. The let down on the Left has been pretty significant: they’re wistful and melancholy, and find it difficult to muster up the same hopefulness that propelled Obama into the White House four years ago.

– The social issues that came up in the build-up to the conventions – abortion, religion, same-sex marriage – are red herrings that only carry weight with people who don’t understand the American political system (which, sadly, includes a large portion of the voting public). In 1973, the Supreme Court in Roe vs. Wade made abortions legal but also sanctioned the states’ rights to regulate when and how they’re performed. Since then, though the debate has raged on and some states have severely limited access to abortion, it’s still legal and is likely to remain so; in any case, the president has no say in the matter. The same is true with same-sex marriage: it’s up to the states. (Obama himself switched positions on this issue, which won him praise but had little effect on state legislatures.) As far as Romney’s Mormonism is concerned – despite whatever the press says, nobody really cares. Karl Rove, George W. Bush’s brilliant tactician, stitched together a powerful Christian fundamentalist coalition behind his man, but a presidential candidate’s religion has almost never worked against him. The only time in the last seventy years that this even came up was during Jack Kennedy’s campaign – and the results spoke for themselves.

So, after these myths have been dumped into the garbage pail of broken dreams and media hype, what is left? Two candidates who haven’t quite been able to address the feeling of anxiety in the country – an anxiety that shows itself in strange aberrations, like protesting against modest tax increases for the rich that even billionaires feel are necessary, or insisting that the president is a secret Muslim. Though it’s becoming more and more clear that Romney, in particular, is fatally out of touch with the average American voter, neither candidate has offered the public a vision of the future; neither has dared to suggest that a re-evaluation of the whole system may be in order. But whether one is on the Right or Left, a sense prevails that the economy has lost its way, and that a decentralized industrial culture built on obsolescence, cheap labour and pollution may well have systemic flaws.

The lack of new jobs that Obama and Romney keep talking about is at the heart of the problem. Without people working, the entire system is thrown into question. But their rhetoric is beginning to sound like pipe dreams: neither candidate – or all the economists in the western world – can say where the new jobs are supposed to come from.