For some on the Left, Habermas’s concept of discursive democracy is a liberal project without critical potential. In ‘Leviathan’, Martin Saar defends a theoretical ‘style’ defined by openness and ambiguity. Also: towards a politics of human rights and a call for parliamentary gender quotas. 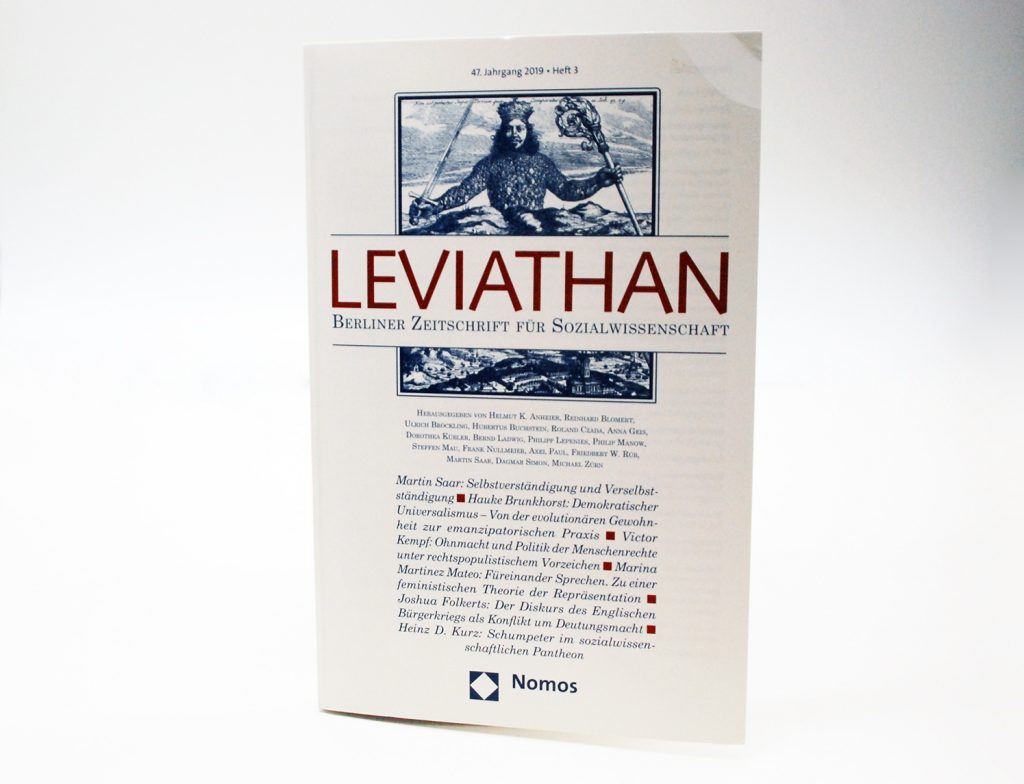 Among the tributes to Jürgen Habermas on his ninetieth birthday earlier this year, dissenting tones were occasionally audible. For some on the Left, Habermas’s concept of discursive democracy is a liberal project whose critical potential has been lost. In Leviathan, philosopher Martin Saar counters recurrent criticisms of Habermas’s thought and defends a theoretical ‘style’ defined by openness and ambiguity.

Habermas’s early theory of communication was criticized for treating emancipation and consensus as ‘necessities’ of language. Not so: in The Structural Transformation of the Public Sphere, Habermas was arguing for a ‘critical-normative event with a processual character’ rather than simply ‘positing a norm’. Similarly, Habermas’s discursive theory of democracy has drawn the criticism of ultra-rationalism and lack of realism. However, ‘Habermas’s complex vision of politics has less of a positive thrust than might appear, because it identifies both the power and the fragility of the rational in politics.’

In around 2000, Having spent the previous two decades defending the ‘project of modernity’ against what he saw as the anti-rationalism of postmodernism, Habermas began arguing for the limits of post-metaphysical thought. This was no U-turn, however, but consistent with his longstanding concern with the possibility of constitutional democracy: concretely, ‘whether secularism or ideological tolerance, privatization of the religious or the active inclusion of religious civil societies are acceptable and fair ways of proceeding in plural societies.’ In this year’s two-volume history of western philosophy (Auch eine Geschichte der Philosophie), Habermas explores the emergence of rationalism from its antique and Christian roots. In the work, writes Saar, reason is neither ‘reluctantly dethroned nor declared the crowning moment in a history of modernist progress’. 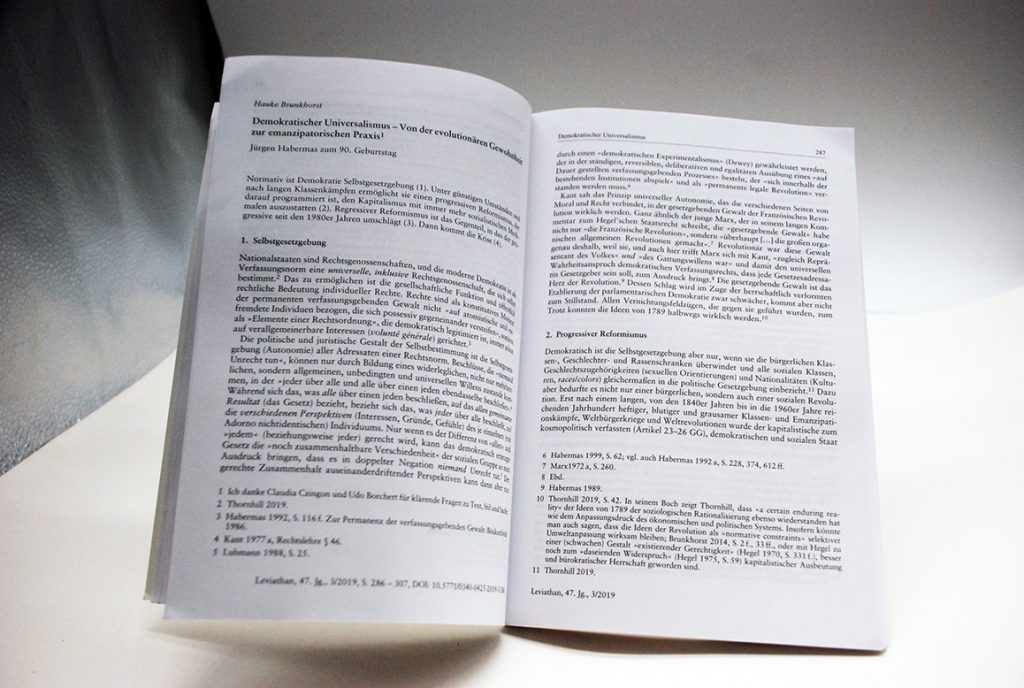 Liberals argue that the new nationalism threatens democracy. But such sweeping statements miss the real danger, argues Victor Kempf: that democracy and human rights become separated, and that the latter is equated with mere humanitarianism. ‘As objects of help and generosity, “foreigners” can be granted asylum, depending on availability of resources and their willingness to integrate. But the idea that an “asylum seeker” might be a subject who takes part in the political shaping of his or her destiny seems to be unthinkable.’ How, then, can the ‘powerlessness of human rights’ be overcome? By articulating a politics that links the interests of refugees and migrants with the ‘new underclass’ within European societies. 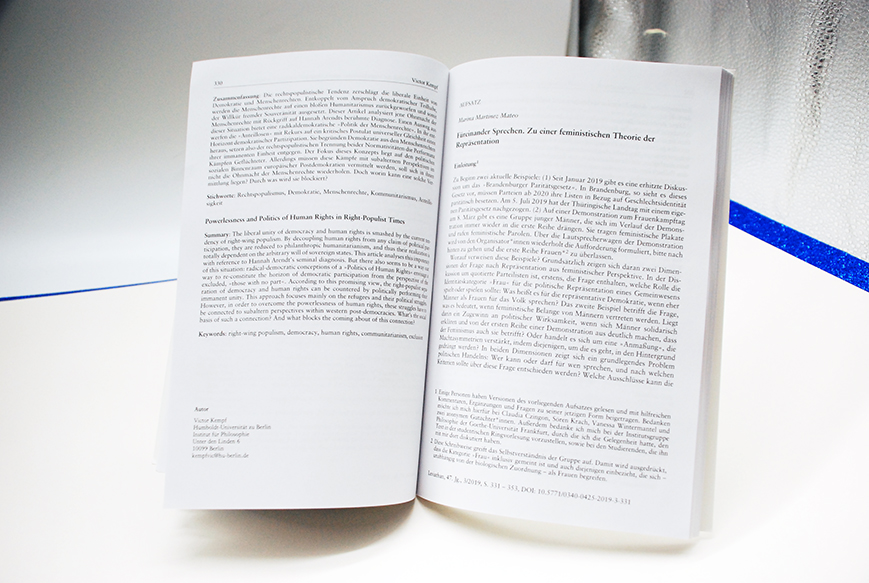 The parliamentary under-representation of women shows that equality of opportunity fails to deliver. Marina Martinez Mateo proposes a feminist theory of representation that avoids the traps of identity politics, while answering conservatives who claim that gender quotas in parliament are anti-democratic and anti-liberal.