Günter Grass, antisemitism and the inflation of evil

Denunciation of Günter Grass’s poem “What must be said” typifies a fundamentalist understanding of antisemitism that operates outside the realm of fact, argues Antony Lerman. If the poem is so heinous, what response would ever be appropriate to genuine antisemitism?

The widespread reaction to Günter Grass’s poem, “What must be said”,[1] in which he criticised Israel for its “nuclear power [that] endangers an already fragile world peace” and its “claim of a right to [a …] first strike to snuff out the Iranian people”, confirmed three things.

First, there is a high level of sensitivity to perceived expressions of antisemitism by major public figures in Europe. The accusations of Jew-hatred levelled at the German Nobel laureate by (among very many others) Giulio Meotti and Benjamin Weinthal[2] for example, came hot on the heels of a similar attack on Baroness Ashton, the EU’s High Representative for Foreign Affairs, for allegedly drawing a moral equivalence between the murder of Jewish children by Mohammad Merah in Toulouse and the killing of children by Israeli military forces in Gaza. (She equated the suffering of dying children, not the immorality of crimes.) 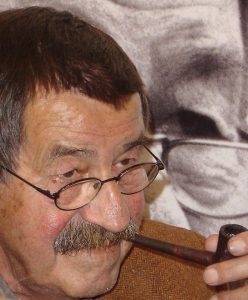 Second, such controversies about antisemitism invariably arise following some form of comment on or criticism of Israel and thereby demonstrate just how inextricably linked to the actions or inactions of the Jewish state are perceptions of antisemitism today. The result is that any moral judgments about what Grass wrote or Ashton said are complicated and even clouded by the way that the Israel factor has politicised the business of assessing antisemitism.

Third, while these incidents may well generate various forms of indignation, they certainly do not demonstrate the existence of a shared understanding of what antisemitism is. Even among commentators who seemingly subscribe to the same liberal-democratic values and a commitment to rational debate, such as the Atlantic columnist Jeffrey Goldberg[3] and the Ha’aretz columnist Gideon Levy,[4] there are diametrically opposed views as to whether Grass’s poetic offering is or is not antisemitic.

It is deeply troubling that what begins as a positive impulse – to be constantly alert to manifestations of antisemitism – so often ends in such bitter disagreement or worse. One assumes that the motives behind exposing antisemitism are to defend democratic values, tolerance, racial equality and the right to maintain religious and ethnic difference. And yet, in the reactions of Prime Minister Netanyahu, who said he was sure that Grass’s motives were antisemitic, and the announcement by his interior minister, Eli Yishai, that Günter Grass is “persona non grata” in Israel, Israel was shown worldwide to be attacking freedom of speech, showing disdain for democracy, indulging in crude stereotyping of Germans and, by playing the antisemitism card, purporting to defend the interests of Jews worldwide while actually doing precisely the opposite. Even some who applauded the original condemnation of Grass by various major political figures in Germany and elsewhere, concluded that Israel had shot itself in the foot with Yishai’s statement.

When judged purely on the grounds of poetic achievement, “What must be said” is certainly not one of Grass’s best literary efforts. Even the relatively readable translation cited above is clunky, disjointed and largely formless. It also betrays a naivety or thoughtlessness in its characterisation of the nuclear submarine sold to Israel by the Germans as “first strike” hardware, a lack of empathy with Israeli fears of Iranian threats to Israel’s existence and – in writing that Israel claims the right to “snuff out the Iranian people” – a propensity to exaggerate. Nevertheless, he speaks of Israel as “a country to which I am and will remain attached”, and as a number of Jewish and Israeli commentators have pointed out, there is much that is true and reasonable in the poem. As Jerry Haber (the Magnes Zionist blog) asserts, “only one country, Israel, has threatened to carry out a first strike against the other”.[5] Larry Derfner on +972 says Israel is a “nuclear-armed destabilizing force in the Middle East”, endangering world peace with its openly voiced threats against Iran, its targeted assassinations of Iranians and Palestinians, its preemptive strikes on countries in the region, its assault on the Turkish boat, the Mavi Marmara, and its refusal to have anything to do with the nuclear non-proliferation treaty.[6] And who could seriously argue against Grass’s call for:

a permanent and unrestrained control
of Israel’s atomic power
and Iranian nuclear plants
by an international authority
accepted by both governments.

Finally, in advocating this strict control of nuclear facilities in the region, he writes: “Only thus can one give help to Israelis and Palestinians […] all the peoples […] in this region […] and finally, to ourselves as well.” This may not be the most eloquently expressed peace sentiment, but it is surely a heartfelt plea from an old man whose personal history and views expressed in this poem in some ways epitomise so many of the complexities of the post-war German-Jewish relationship: the unbreakable tie with Israel, the taboo against criticism of Israel (no longer observed), the heightened sensitivity to antisemitism (he anticipates “the verdict of ‘antisemitism'”) and the hyper-awareness of German responsibility for Auschwitz (“my own country, guilty of primal and unequalled crimes for which time and again it must be tasked”).

But what about the charge of antisemitism? Jerry Haber is unequivocal: “Only a twisted mind would find [the poem] anti-Semitic or even anti-Zionist”. Or take the view of another Zionist, Avi Primor, who was Israel’s ambassador to Bonn for most of the 1990s. A sober and loyal Israeli voice, Primor “insists that there is no antisemitism in Grass’s speeches and publications, and he doesn’t even hate Israel. ‘It is important to pay attention to the message of the poem,’ Primor says.”[7] Of course, I acknowledge that there are many other voices saying the opposite, and I have cited one or two of them above. Another is Professor Moshe Zimmerman, an expert on German-Jewish history at the Hebrew University, Jerusalem, who strongly objected to interior minister Yishai’s travel ban, but argued that Grass “uses images and myths that are tinged with antisemitism”.[8]

While I come down firmly on the side of Primor and the Magnes Zionist, I have argued previously[9] that the shared understanding of what is antisemitism has been destroyed, so it is necessary to go back to basics to get some clarity. Fortunately, there are still scholars concerning themselves with definitions, in particular Dr Brian Klug whose work in this area is cited approvingly by a range of researchers and academics focusing on contemporary antisemitism. He recently supplied a short definition of antisemitism for a leaflet on the subject issued by the University and College Union: “At the heart of antisemitism is the negative stereotype of ‘the Jew’: sinister, cunning, parasitic, money-grubbing, mysteriously powerful, and so on. Antisemitism consists in projecting this figure onto individual Jews, Jewish groups and Jewish institutions.”[10] If we look at Israel as a “Jewish group” and search for Klug’s negative stereotype of “the Jew” projected onto Israel in Grass’s poem, we find no such thing.

Unfortunately, this isn’t all that needs to be said about whether Grass’s poem is antisemitic. This is not because of any weaknesses in the arguments set out above, but because the Grass controversy, like the Ashton furore and many such controversies in recent years, is about far more than just facts, intelligent judgment and expertise. A juggernaut of demonization and accusation rolls into action in each case, often before anyone has given full consideration to what has been said or taken place, suggesting a clear predisposition to bring prior assumptions to bear on the incident.

Many of the features of this mindset are evident in the British MP Denis MacShane’s response to the 19 March Toulouse killings that appeared in the Jewish Chronicle[11] (but they were more fully apparent in his deeply flawed 2008 book Globalising Hatred[12]). MacShane claimed that the British establishment does not accept that “21st century hatred of Jews is real”. Those who draw attention to it “often feel that they cry wolf and nobody listens.” This “Denial of antisemitism is now mainstream politics.” Antisemitism is effectively running riot around the globe, but particularly in Arab and Muslim societies, where MacShane portrays it as an endemic evil. “Even as Ahmadinejad repeats his hate against Israel, the voices of appeasement make themselves heard.” Antisemitism, he concludes, “remains the oldest, most deadly hate”. In his book he called antisemitism “the world’s most pernicious ideology and practice”, “preventing just and equitable solutions to world problems”. In MacShane’s eyes, the present danger of antisemitism is truly apocalyptic.

With his wild, unsubstantiated and mostly invalid assertions, it may be hard to believe that MacShane is not merely a one-off and that there are many commentators on antisemitism, in the USA, Israel and the UK in particular, but also in France and Germany, as well as Australia and Canada, who share the fundamental elements of this mindset. But the examples I have culled from MacShane are not all of it. Especially relevant for Europe are such assumptions as: because it was responsible for the Holocaust, Germany is never to be trusted; for Jews, Europe is a graveyard, a continent that, like Medea, repeatedly devours its Jewish children; anti-Zionism is merely Jew-hatred by another name.

I would argue that this cluster of assumptions and beliefs is currently so widespread and influential, so appealing in its simplicity and facile coherence, that it plays a powerful role in shaping the response to such events as the Grass poem. Mere evidence that there may be a more complex, alternative story doesn’t stand a chance. This seems to be a case of the “inflation of evil”, to borrow a phrase from Alan Wolfe’s extraordinarily perceptive study Political Evil: What It Is and How to Combat It.[13] Antisemitism and those espousing it are so inherently evil, its onward march is so assured, what it leads to is so inevitable and apocalyptic that no prescriptions for fighting it are adequate to the task. MacShane and others fail to understand that antisemitism is what I believe Wolfe would call a political evil, combatable using means that do not subvert the norms of democratic societies. The problem with the mindset of those inflating the evil of antisemitism is that it invites the contemplation of measures that would undermine those norms.

If Grass’s poem is so heinous, what language and what action would ever be appropriate in response to genuine antisemitism? Salman Rushdie is someone who knows a thing or two about extreme reactions to his writing, having been under an Iranian death threat, since 1989, after he published The Satanic Verses. In Rushdie’s view it is “OK to dislike [or] even be disgusted by the poem, but to ban [Grass] is infantile pique. […] The answer to words must always be other words.”[14]

Ekphrasis on the edge of catastrophe: why literary descriptions of works of art allow the world to reappear; people of the sea, people of the land: on the cosmopolitanism of sailors; and what AI means for the Welsh language.

Why the controversy around education reforms in Poland is about much more than pay; on the historical role of nursery-school teachers; Polish nationalism’s attitude to literary ‘nest-foulers’; and how dark secrets constitute community.