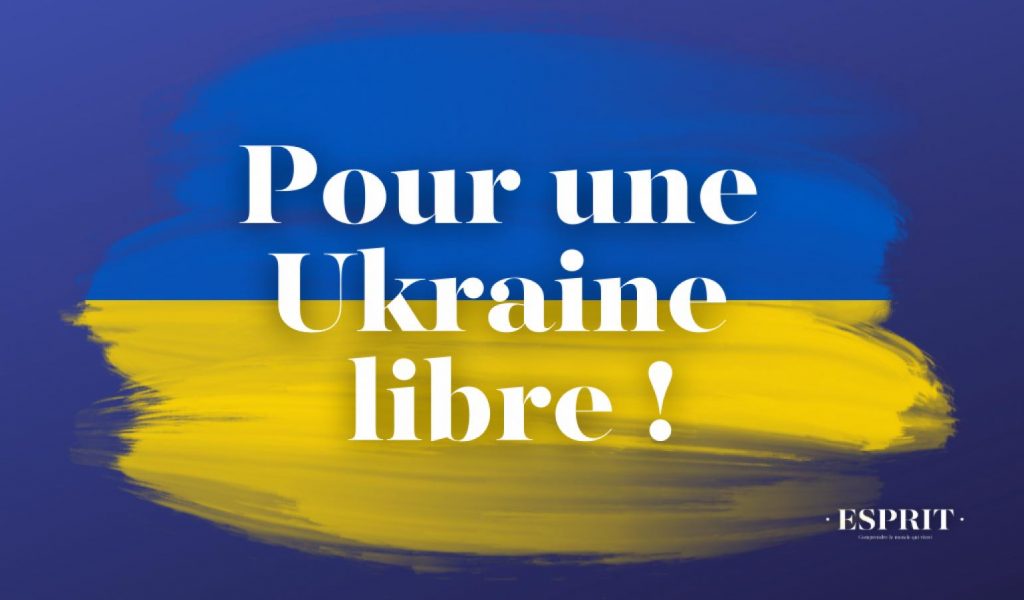 Kyiv is being bombed, its population has been called to take up arms, families are sleeping in the underground to protect themselves from missiles. War is back at the heart of Europe.

It is being waged by Vladimir Putin’s army against Ukraine, but the target goes well beyond. Russian soldiers and mercenaries are attacking Ukrainians from Belarus and from the occupied territory of Transnistria in Moldova. The precedents of Georgia and Crimea, but also Russia’s occupation of military and strategic positions in Mali, Syria and Bosnia-Herzegovina, should remind us that Putin’s battlefield is much larger. Putin is attacking the democratic world in general, and democratic Europe in particular.

The interpretation of the events too often remains limited to its geopolitical dimension, with the international arena seen as a chessboard. Commentators and politicians take over Russia’s complaint of being humiliated, or of being legitimately concerned by the threat from the USA and NATO. Whether on the radical left, the republican right or the far right, the nature of the Russian regime is rarely mentioned in France, let alone criticized.

So-called ‘realists’ have until now dominated public debate, as if international powers each played their strategic part, equally comprehensible and defensible. As if peoples and their aspiration to freedom did not exist. As if war crimes did not fundamentally change the quality of dialogue and possibility for agreement with the powers responsible for them. The objection that Putin’s regime has been violating human rights inside and outside Russia for more than two decades is dismissed as mere sentimentality or moralism, rather than a statement of fact about an essential political reality that should govern our judgments and decisions.

The destructive war waged against Ukrainians is inseparable from the continuous hardening of Putin’s regime and from the repressive cycle that has descended on Russian society in recent  years. This cycle has reached a new low in the poisoning and arrest of Alexei Navalny, the harassment of the press and denunciation of the few remaining independent organizations as ‘foreign agents’, including the human rights NGO Memorial. During the same period, political lying has broken all bounds. Denouncing a ‘genocide’ in Donbas or calling Ukrainian leaders ‘Nazis’ subverts any historical and legal reason.

These tragic developments are taking place within a long history of the retreat of international law in the face of brute force. The wars in Yugoslavia, Chechnya and Syria are significant milestones of this movement. The United States abused its military dominance in the ‘war on terror’, then retreated from zones of conflict. The European Union has failed to convince others of its ‘normative power’.

Whereas the United States and the United Kingdom declined to intervene in Syria, Russia deployed its military forces and chose to bomb and starve besieged civilians as a systematic war strategy. The end of the story sees Bashar el-Assad in power ‘for eternity’. Looking back, we can only lament our governments’ lack of lucidity concerning the threat that Putin already posed. For twenty years, Putin has been winning ‘his’ wars thanks to the inertia of western democracies.

The grammar of force is has returned to international relations. A dark period has opened up and may last for long. We cannot feign surprise. New authoritarian leaders have long risen to power in various regions of the world. Yet, under the guise of political ‘realism’ or ‘pragmatism’, we let them gain more influence.

But this authoritarian rise also plays within democracies. Let’s not forget that, in the US, Joe Biden’s and Anthony Blinken’s foreign policy position is fragile. The Republican Party is committed to Donald Trump’s nationalism, is hostile to international law and military alliances, and is taking over the rhetoric of the decadence of the liberal West.

Against this background, democracies can no longer afford to be powerless. The attack on Ukraine forces Europe to redefine what constitutes its strength. This cannot be reduced to its capacity to produce norms. Europe needs to consider itself both as a democracy and a power, as a political will and not a mere geostrategic entity.

The concept of the border assumes new significance under the circumstances. European borders must be defended, not as the walls of a fortress, but as that which delineates and fashions true democratic citizenship. Politics is not the exclusive property of states and governments. Today, the Ukrainian people is taking up arms for its freedom. Civil societies are animated by a variety of aspirations, including freedom, dignity and security. They do matter.

Because this belief has always informed Esprit’s public engagement, we affirm today our support for Ukrainian civil society, as well as to those of Belarus and Russia. All are victims of aggression and repression. We call for a rapid organizational response to welcome refugees and political opponents, a number of whom are explicitly threatened.

We also appeal, beyond the necessary economic sanctions on Russia, for the recognition of Ukraine as a candidate to the European Union. Not in order to negotiate a future membership under bombs, but to assert the sovereign freedom of a people to decide its alliances.