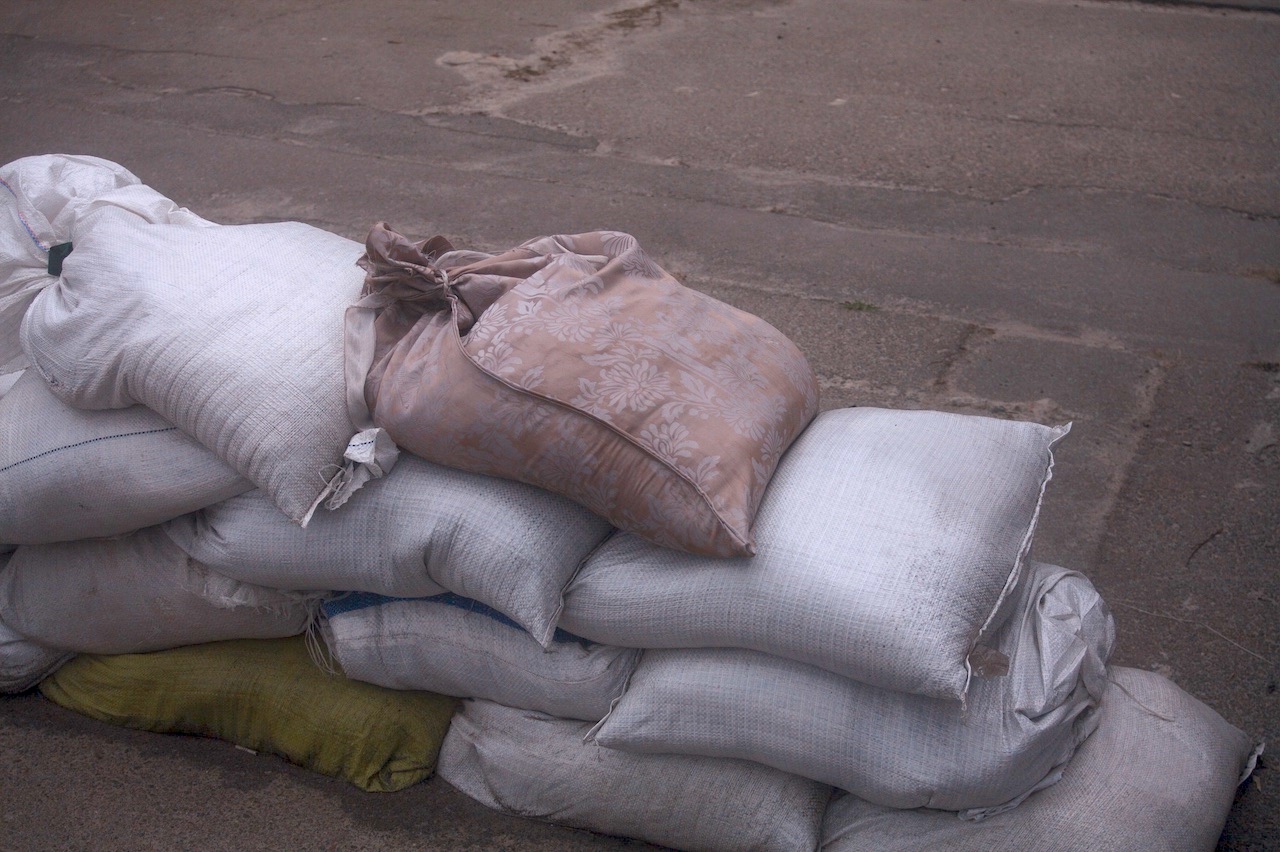 ‘We can no longer accept so many texts on Ukraine,’ said our media partner abroad. ‘Our readers are tired.’ After more than 125 days, Russia’s invasion of Ukraine remains front-page news for many media outlets all around the world. However, as other political issues and aspects of life are ready to be covered – such as the reversal of Roe v. Wade, China’s struggle with COVID-19, or simply ‘what to do on vacation’ – dozens of images of Russian atrocities and hundreds of breaking stories in Ukraine become a kind of everyday backdrop for an accustomed audience.

Journalists, meanwhile, who are still working on the ground, are all the more eager to find ‘bloody’ and unbearable stories to overlap existing reporting.

But people can’t just pause their lives, as Ukrainians are forced to do; petty political battles, sporting events, even cookie recipes will appear in your newsfeed alongside the war in Ukraine, building a pretty insane, fragmented image of the contemporary world.

What for one could be the unique moment of a catastrophe, for others may seem like just one of hundreds of mournful stories on TV. This tiredness is the unspoken aspect of war I am facing not only in conversations with foreign colleagues but also among Ukrainian citizens inside the country. There’s no chance you would be able to perceive and sympathize with the whole variety of losses with the same power for several months in a row.

But why does the media market need to be so fickle? Do we still have a place for stories that could challenge one’s worldview?

And I believe these stories could lack gloomy images altogether.

Soviet wallpaper in the dark 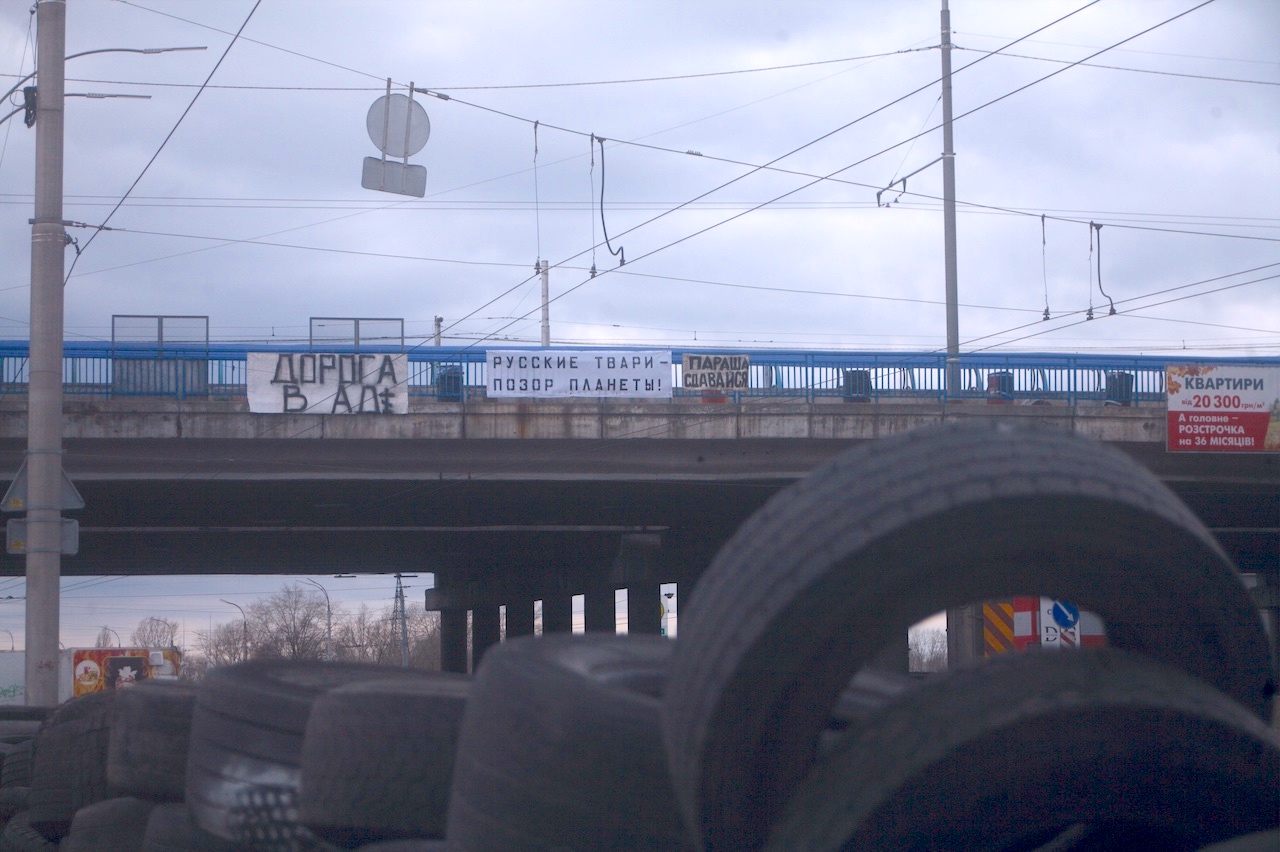 Signs read: ‘This is a road to hell’, ‘Russian bastards are the shame of the world’. Image courtesy of author

I remember the 21 March vividly. Three weeks of the invasion was already behind us. Ukraine’s capital was still living under subdued yet constant shelling, but nothing notable was happening those days.

I was laying on the floor of my old Kyiv apartment, which hadn’t been renovated yet, listening to The Guardian podcast. The USSR-like corridor with chandeliers and lamps from the early 1960s had been temporarily transformed into a bedroom. The episode was dedicated to the midterm elections in America and the impact the war in Ukraine was having on them this year. The former politician was pondering whether Ukrainians’ plea for weapons would repulse America’s Left. They also discussed the reaction to rising gas prices, the perspective on worldwide inflation and a few issues more.

I had this sudden revelation, a strong sense of my entire self unwillingly being shaped by the geopolitical landscape. I was like a character in an average documentary: here I am, the bilingual child of my Soviet-born, Russian-speaking parents, hiding from these Russian rockets in the corridor, listening to Politics Weekly America, staring at Soviet wallpaper in the dark.

The host and the guest spoke about terms and things that were mostly concepts, that had no physicality – whilst I still heard the real, recurrent explosions through their speech in the headphones, trying to fall asleep. Their voices were so unflappable, their reporting style so plastic that it made me think, one of our countries is simply not real. ‘Do they live in reality?’, I asked myself. ‘And if so, where am I? What is this place called where gas prices, clothes, goods and amenities don’t matter?’

These two dimensions – a warzone and a peaceful place – were in this case too close to each other, so all of a sudden they both seemed surreal.

Days like this one, I suppose, set up the borderline, after which you lose the means that might have helped you to fully express yourself to those who did not experience the same moment for real.

Only a couple of months ago, I had been studying theatre history and creative writing and managed to find things that have no practical purpose, tangible and profoundly real. On 21 March I discovered that everything I’ve ever read and learned had completely lost its appeal. All of them – from Baudrillard to Pulitzer winners – couldn’t respond to my reality. They just have nothing to say to that; they don’t belong here.

Along with this, I discovered a number of deeply rooted and almost casual fears that appeared and invisibly settled into my everyday life. 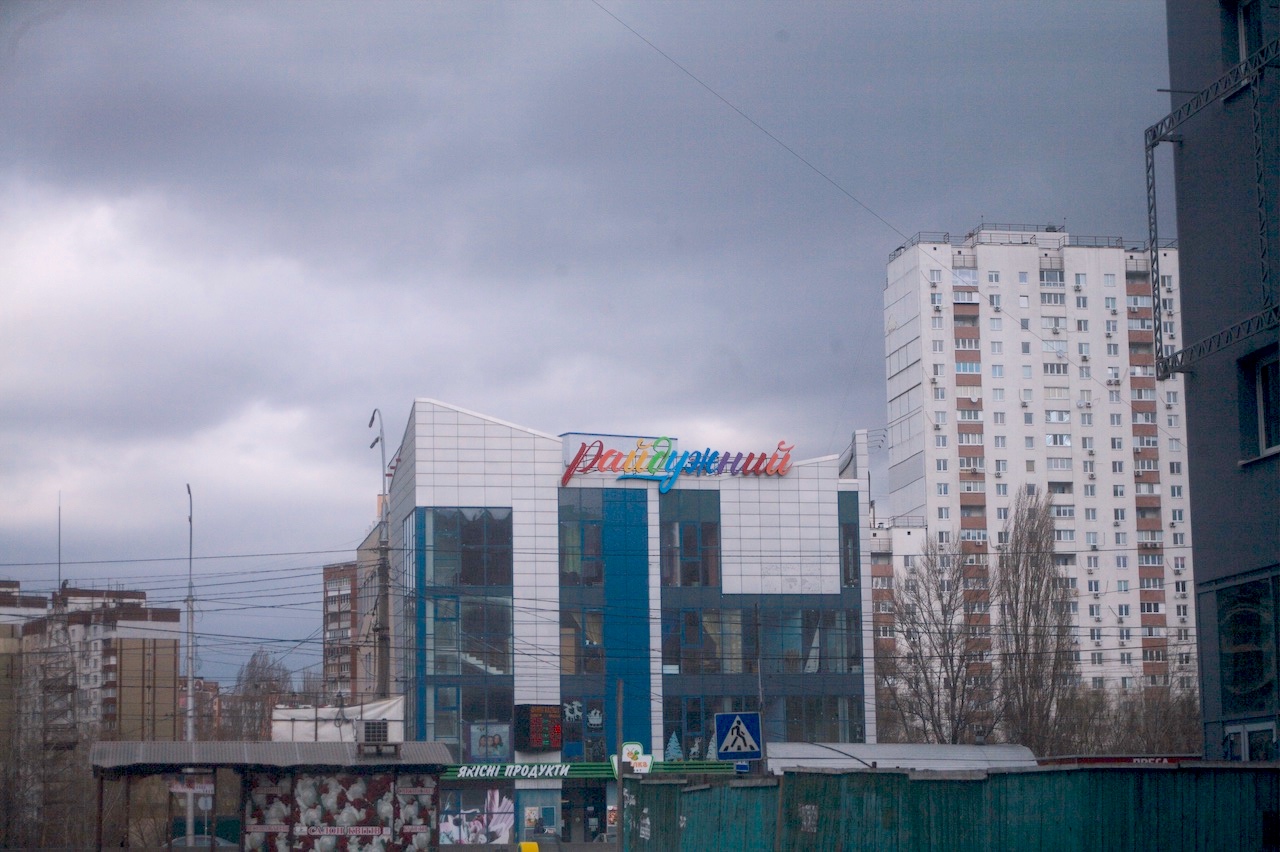 A shopping centre named after the Raiduzhny neighbourhood (translates as ‘Rainbow’), author‘s apartment is two-minutes walk away. Image courtesy of author

I’m afraid that the whole world will forget about us while we remain isolated in our long-term conflict.

I’m afraid I won’t be able to maintain friendships with people who haven’t been exposed to the war.

I’m afraid that every glass of wine that will be raised in cheers in future will feel like a feast during the plague.

I’m afraid that every dress which isn’t sewn out of necessity but for beauty won’t suit me forever more.

I’m afraid that every war – no matter where it was unleashed – will be somehow my war.

It is important to understand – without any accompanying images – that this is just a brief excursion into a state that a lot of people, especially those who have been raped, looted or injured, have acquired over decades or years. And for some there will be no return to the so-called ‘normal life’ with lifestyle advice so easily mixed up with images of the invasion in The New York Times’ Instagram account.

It seems like something essential has been simply withdrawn from the people of Ukraine and that is the very basic idea that the world could be a safe place.

While physical damage is easy to spot and serve as testimony to the horrors of war, the trauma and anxiety people carry, which might be less sensational, are far more lasting and eloquent.

In contrast to the media’s nature and its attention economy, war tends to reveal its scariest face and heaviest repercussions after a period of time. And it’s the unacceptable duration that matters – even more than the shocking fact that it happened in the first place. 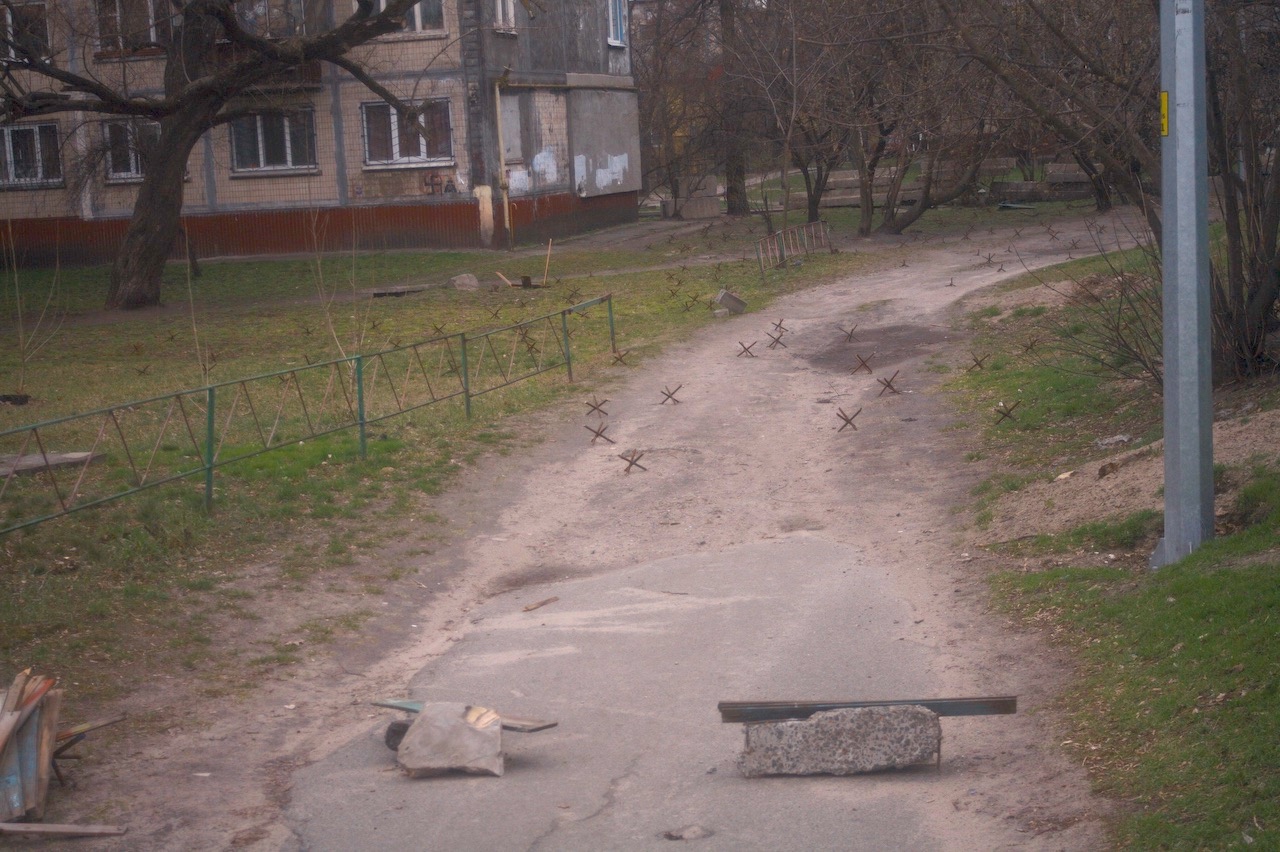 Today, the trauma of billions of people, despite extensive coverage during the very first weeks of war, risks becoming silenced and normalized. Of course, a lot of images will be produced and come to the surface, alongside factual stories and stats, but what could they really show us?

Could they reveal the nature of people’s fatigue? Might they not support this inclination to just hide in a shell if it’s not your war?

Unlike local media outlets and newsrooms that are fighting for survival, huge media organizations do have resources and power to adjust and somewhat complicate their readers’ worldview. Despite the demanding rules of attention economics, which appear as power for the media, large outlets should be capable of finding ways to remind us about the fragility of a peaceful life: this is the reality of our lookalikes, which we should preserve some empathy for; you don’t necessarily need to give all your stuff to the disadvantaged, but your take on the contemporary world shouldn’t be naive.

After all, the media industry and stakeholders behind it should remember that their core mission as a public institution used to be to inform in order to engage, not alienate, and to expand perspectives.

Why is it important? Because this tendency of forgetting something that is no longer viral and alluring is one of the reasons why wars are becoming acceptable.