Fake global history in the age of fake news

Awareness of Islamic history may need significantly more attention in the US but not by falsely glorifying the achievements of an Ottoman sultan. Reinforcing the hero myth makes a mockery of historical accuracy and greater complexity. 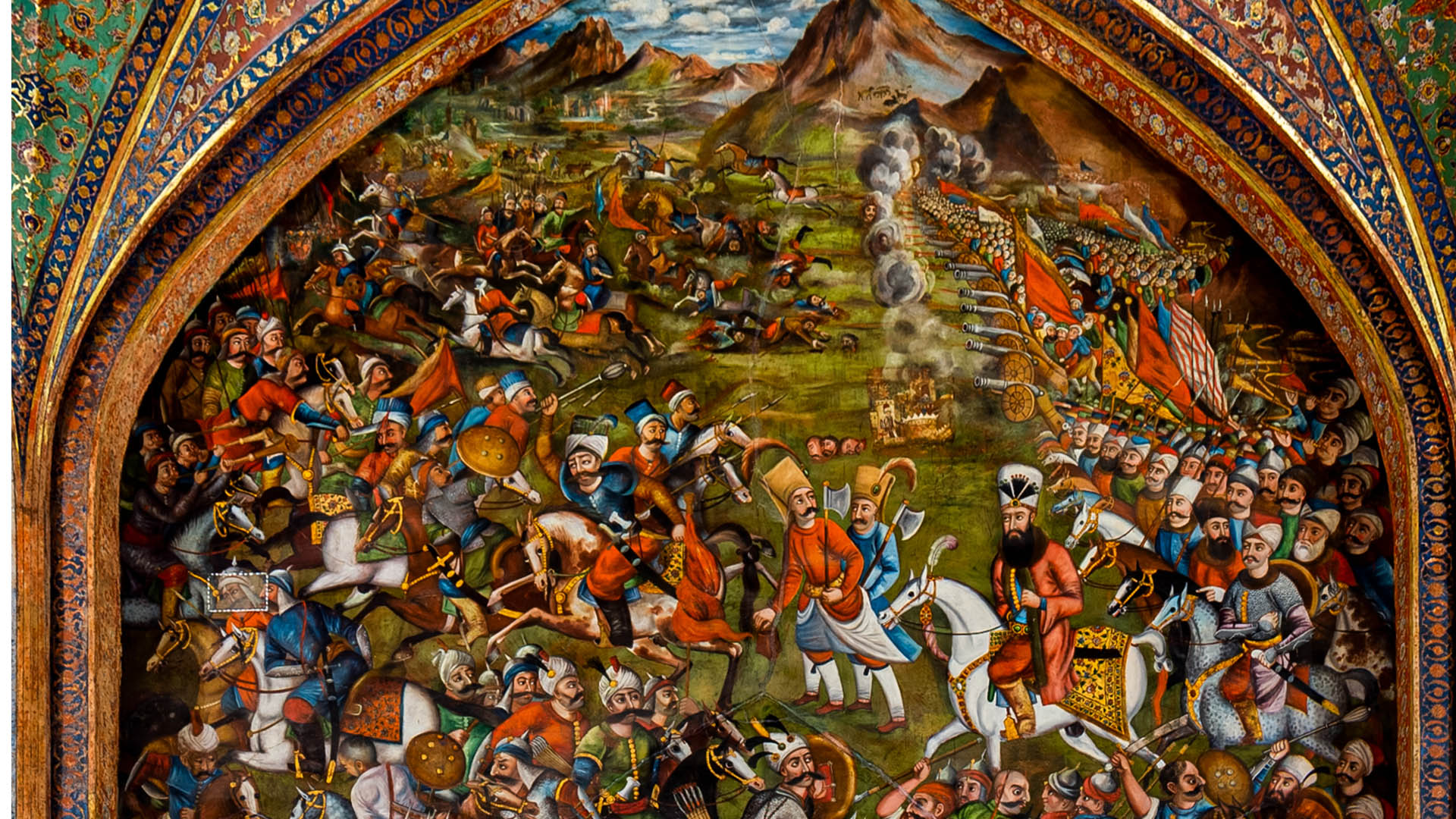 On 20 August 2020 the Washington Post carried an essay in its ‘Made by History’ section entitled ‘The Ottoman sultan who changed America’ with the sensationalist claim in its subtitle ‘America, Protestantism and coffee all have a Muslim history’. The essay was written by Alan Mikhail, a historian from Yale, who has recently published a popular biography of the Ottoman Sultan Selim (r. 1512-20), entitled God’s Shadow. It was full of elementary errors of fact and logic, and major misinterpretations. However, the editor of the ‘Made by History’ section of the Washington Post refused to publish our response to it on the grounds that ‘we are part of a news section and not in the opinion section’. The editor generously added: ‘if there is a specific factual error in the piece and you want to send specific details about that so we can amend (sic) a correction, we are happy to review that as we want all our pieces to be factually accurate’. In short, once a piece has been published, no rebuttals are possible, only ‘corrections’ of fact. Here, we present our rebuttal to the original essay. 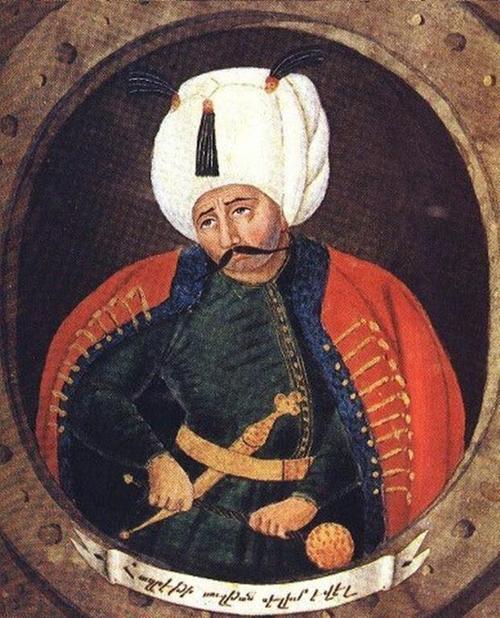 Mikhail’s intention was apparently to persuade ‘Americans who don’t even know what the Ottoman Empire was’, that this empire was highly significant and that its history is worthy of study. So far, we can hardly disagree. Nor have we any issue with his view that rather than always seeing Islam as a ‘threatening other’ to the West, it is worthwhile to consider the varied and complex interactions between Muslims and non-Muslims over history. However, we are dismayed by the methods and arguments used by Mikhail in making his case, which do no credit at all to history as a serious professional practice. We will focus here on a handful of issues, although many specific points can be made in relation to his larger book, which has so far received little critical analysis in print by competent scholars.

In this article, Mikhail still practices an outdated form of ‘great man’ history, comparing Sultan Selim favourably to Columbus, Luther and Machiavelli, as the prime movers of the early sixteenth century and as men who ‘literally changed the world’. This is a view of history which has long been abandoned by historians who do not subscribe to personality cults. The expansion of the Ottoman empire in the 1510s was not the act of a single man but the product of the interaction of several complex political and military systems. It is furthermore absurd to compare a military conqueror to a political philosopher and thinker as if they belonged to some sort of historical ‘Hit Parade’. Did Einstein ‘change the world’ more than Mao Zedong? These are precisely the sorts of questions we teach even our beginner students to avoid as ways of thinking about history. But once he has gone down this path, Mikhail is locked into a view where a single man and his ‘shrewd leadership’ shape everything from the rise of Protestantism to the Spanish conquest of America and the global expansion of coffee consumption. In order to do so, he has to stretch facts, distort the laws of time and space, and sometimes resort to outright falsehoods. 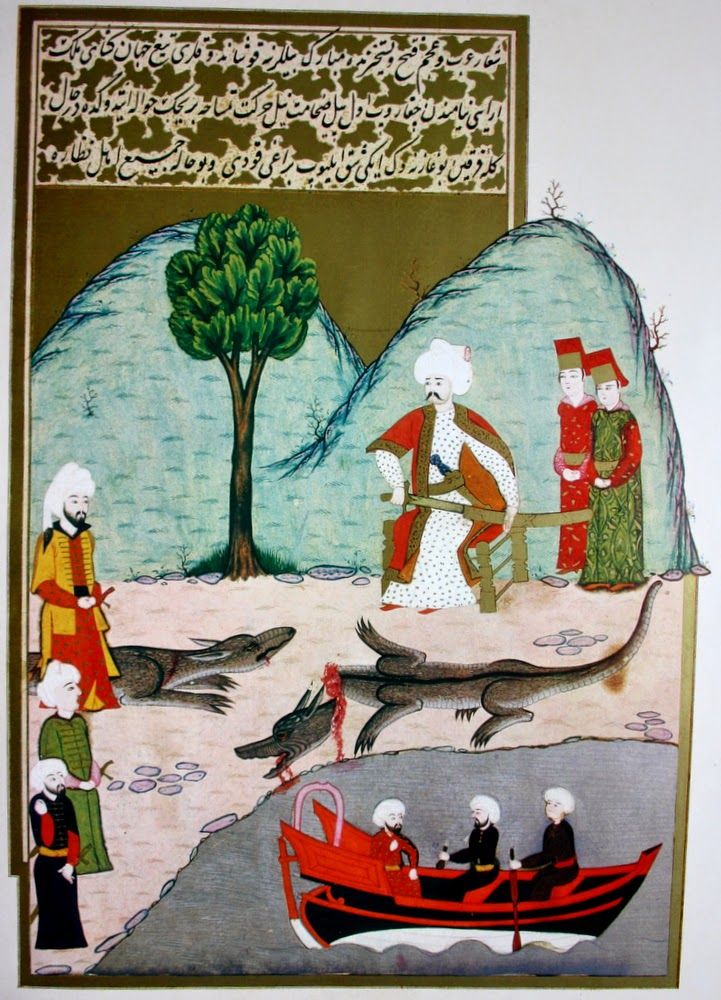 An Ottoman miniature depicting a rather awkward situation in which Sultan Selim slaughters crocodiles on the banks of the Nile.
Photo via K24/ Public Domain

On then to the facts of the matter. The Ottomans did indeed control the Hijaz and the Red Sea from 1516-17, partly through indirect rule. But while they may have been a factor of disruption, it is entirely false to state that Selim ‘monopolized trade routes between the Mediterranean and India and China’. Many different traders from various parts of Asia, including non-Muslims, continued to ply these routes not only in the 1510s but throughout the sixteenth century. Selim did not possess ‘ports on all the major seas and oceans of the Old World’. Here are some exceptions: the entire eastern Atlantic seaboard, the Baltic Sea, the Persian Gulf, the Bay of Bengal, the whole of the western Indian Ocean (once outside the Red Sea), the South China Sea, the Sea of Japan, and so on. He only possessed ports on three seas: the Black Sea, the Mediterranean and the Red Sea. So, Mikhail’s claim here is nothing short of ludicrous nonsense, based on a haughty neglect of basic geography. But it is only one of many such claims. One would expect a specialist of the Ottoman Empire to know that even as late as 1530, Muslims were not a clear majority in the empire (they represented 1.6 million from a total of 3.45 million households in partial census data). One might equally expect a specialist of Islamic history to know that it is highly tendentious to claim that Selim’s ‘religious authority in the Muslim world was now unrivaled [in 1517]’, since his authority was not only rejected in Iran and Iraq but not acknowledged by Muslims in many other populous parts of the Islamic world such as South Asia and Morocco. Later in the sixteenth century, even prominent Ottoman intellectuals like Mustafa Ali admitted the legitimacy of the ‘caliphal’ as well as dynastic positions held by the Safavids and Mughals. Since in his book, Mikhail does not even seem to know the difference between the Mamluk Sultan and the ‘Abbasid Caliph, these fine points may have escaped his notice.

Let us now consider Mikhail’s larger claims and speculations. One of these is that Selim was somehow responsible for the success of the Protestant Reformation, because of two reasons: first, Luther was apparently persuaded that ‘Christianity’s weakness against Islam stemmed from the moral depravity of the Catholic Church’; second, because the fear of the Ottomans led Catholic powers not to send ‘additional fighting forces to quell these early Protestant stirrings’. The implication is that Selim should be given ‘credit’ for all this by having instilled fear and been a threat to Europe, which we thought Mikhail was arguing against. More importantly, neither claim is borne out by the literature, and Selim in his lifetime was far more of a threat to his fellow Muslims than to European Christendom. Islam and Selim’s Ottomans were not one of Luther’s early preoccupations, as several major new studies of Luther attest. Serious students of the reign of Charles V will be surprised to learn that Europe in the late 1510s was ‘a continent of small principalities and bickering hereditary (sic) city-states’, or that Selim was the major reason why Protestantism managed to flourish. But Selim was apparently not content with having accomplished all this. Instead ‘his influence reached beyond even Europe and the Middle East, across the Atlantic to North America’. How do we know this? Because ‘within weeks of Selim marching his Ottoman troops to conquer Cairo’, a Spanish fleet of Hernández de Córdoba (presumably having read this on the internet), had a sighting of Yucatán. These Spaniards were apparently haunted by Selim and ‘possessed by Ottoman ghosts’ because they compared a Mayan urban center to Cairo, which – incidentally – they still thought of as the Mamluk capital-city. The only real connection of the conquest of Mexico to the Ottomans came far later, when Hernán Cortés participated in the failed Algiers expedition of 1541. By then Selim was long dead. His chief legacy on confessional matters had to do not with Protestantism but with bitter memories of his bloody suppression of ‘heresy’ among his own Muslim population, which is an unfortunate fact best neglected in this kind of ‘superman history’ but worth remembering when state violence is on everyone’s mind, thanks to BLM.

This brings us finally to coffee. Mikhail claims that ‘it was Selim’s military that first discovered the plant with bright red berries during its incursion into Yemen’, and then ‘figured out how to brew this berry’. As we have now come to expect, this is a patently false claim. There is sizeable literature that shows that coffee and its use were already well known to Muslims during the fifteenth century and to the Ethiopians possibly before that. Its legitimacy as a drink was discussed by intellectuals in Mecca, Medina and Cairo before the Ottoman conquest of those cities. Its spread was the result of a number of private initiatives, not an act of Ottoman policy. There is simply no basis for stating that ‘an Ottoman sultan [Selim] was the first to turn commerce into geopolitics, monopolizing the supply of one of the world’s original mass consumer goods’. Not a single piece of documentary evidence exists directly linking Selim to the spread or consumption of coffee. We do not even know whether he consumed it or was aware of it. This is simply the invention of a modern historian who does not know where to draw the line between fact and fantasy, truth and ‘just a bit of exaggeration’.

We cannot read our fellow historians’ minds, let alone the mind of an early sixteenth century ruler. Why a historian in a respectable university has been possessed to concoct this tissue of falsehoods, half-truths and absurd speculations remains a mystery to us. Why a paper like the Washington Post would publish it, and then block responses to it, is also a question that would bear examination. But we are certain that it is damaging to the image of historians today to see such poppycock passed off as history. We already have fake news. We don’t need ‘fake history’ as well, and even less ‘fake global history’.