How can higher education help us tackle the crises Europe is facing? Kritika & Kontxt says the liberal arts have a model to offer.

The past two pandemic years have hit the education sector particularly hard, exacerbating already existing disparities and inefficiencies. Indeed, online education demonstrated the negative mental and cognitive impact on students and teachers and confirmed the importance of human interaction and socialization.

In the 60th issue of Kritika & Kontext, academics and students from around the world discuss the position, the strategies and the role of higher education in dealing with the current predicaments.

The new volume opens with a manifesto issued by the European Consortium of Liberal Arts and Sciences (ECOLAS). The network, based in Bratislava, connects programs and institutions that use the principles and methods of modern liberal arts. In this joint statement they warn of the pitfalls of technocratic generalization:

We should be wary of claims that promote online education as a panacea. While the data indicate that massive online learning has been an asset during the pandemic, it is clearly of limited utility and serves, at best, as a supplement to the kind of education that will allow students to attain the intellectual agility, flexibility and critical thinking necessary for the 21st century.

The authors sound the alarm about the state of undergraduate education in Europe, whose potential has not been realized despite the passage of more than two decades since the signing of the Bologna agreement in 1999. The manifesto argues that the liberal arts model could improve and reform undergraduate education throughout Europe. 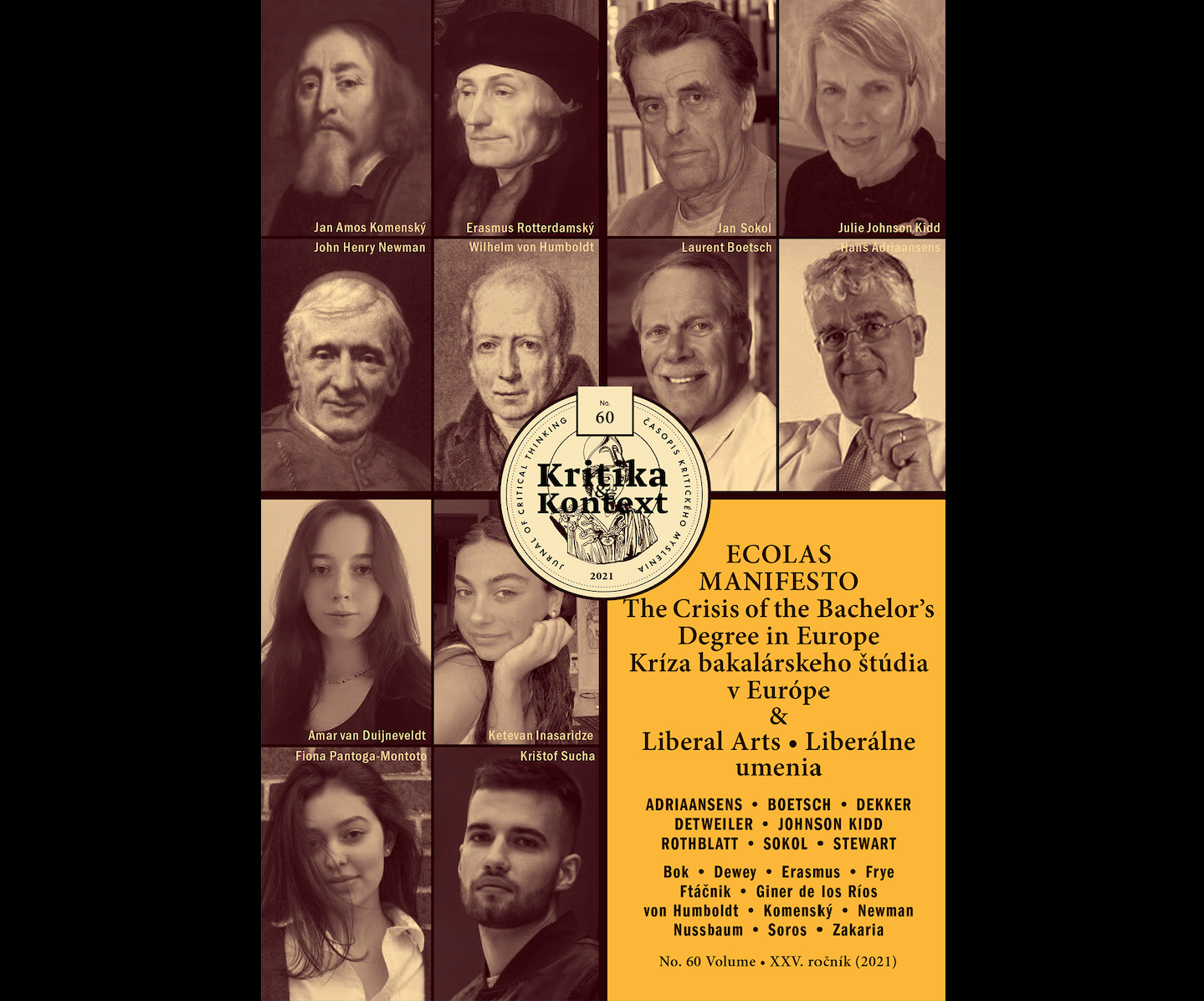 The rest of this issue also commemorates the life and work of Jan Sokol, insight into education financing by Julie Johnson Kidd, a historcial review of the liberal arts in education by and a critique of this history by Sheldon Rothblatt, and more. Although Kritika & Kontext’s primary language of publishing is Slovakian, this issue’s contents are available in English, so we recommend even those not reading Slovak to browse it here.

Contributed by Kritika & Kontext No. 60. © Eurozine

Liberal arts and sciences after Bologna: What’s next?