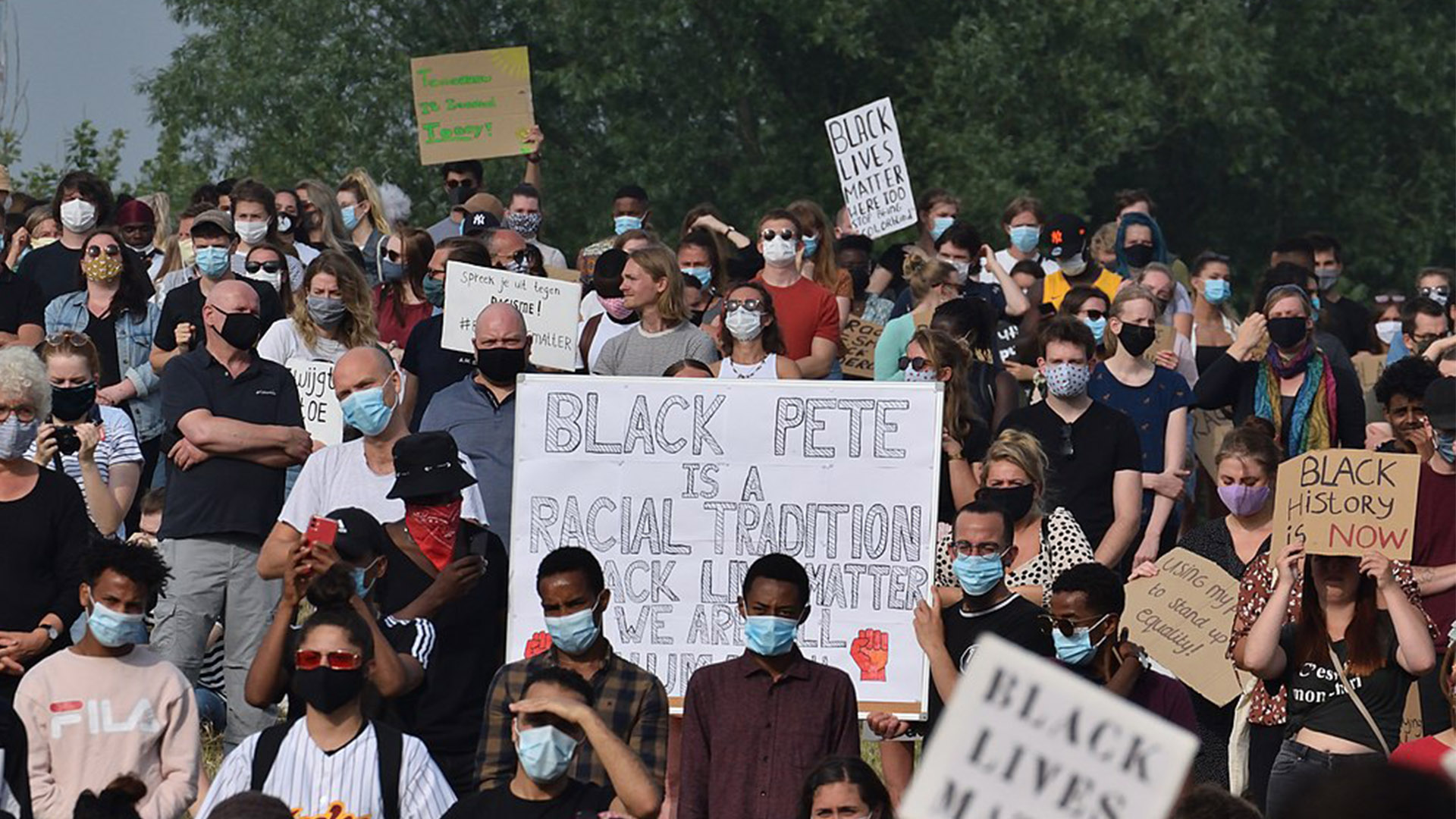 It’s no surprise that the anti-racism movement now sweeping the globe began in the US. For one thing, though racism is an international problem, it is far more deadly in America – both because of police violence and substandard healthcare which affect people of colour more than others. Three times as many African Americans suffer from COVID-19 as do others. Perhaps even more importantly, the US is unique in relation to its history. Other nations developed as collections of tribes stopped wandering, settled down and began to create political structures. Only the United States claimed to be founded on a fanfare of ideals. Every American schoolchild knows the beginning of the Declaration of Independence: ‘We hold these truths to be self-evident, that all men are created equal, that they are endowed by their Creator with certain unalienable Rights to Life, Liberty, and the pursuit of Happiness.’ That Native Americans had rights to life and African Americans to liberty is a truth whose self-evidence eluded most of the Founding Fathers, though some historians have pointed out the divergences between American ideals and American realities for many years now. Significantly, African Americans always played a major role in holding the nation’s feet to the fire. Very few supported Back-to-Africa movements. From Frederick Douglass to Paul Robeson and Toni Morrison, African Americans have remained at the forefront of those who demand that America lives up to the ideals it proclaims.

What’s more surprising are the demonstrations in Europe, Australia and elsewhere. For as reluctant as many Americans have been to acknowledge their shameful histories of racism, Europeans have lagged even further behind.  Anthropologist Gloria Wekker’s book about Dutch racism White Innocence was written under the influence of all she had learned about racism while studying in the US. (Black Pete processions, by the way, would not be allowed in Mississippi, historically considered the most racist state in the Union.) Europeans outsourced most of their slavery to the colonies; what’s out of sight is easier to keep out of mind.  But there is another factor that has permitted Europe to be painfully slow in acknowledging how much of its wealth was built on colonialism and how much of the racism that kept colonialism alive persists to this day. 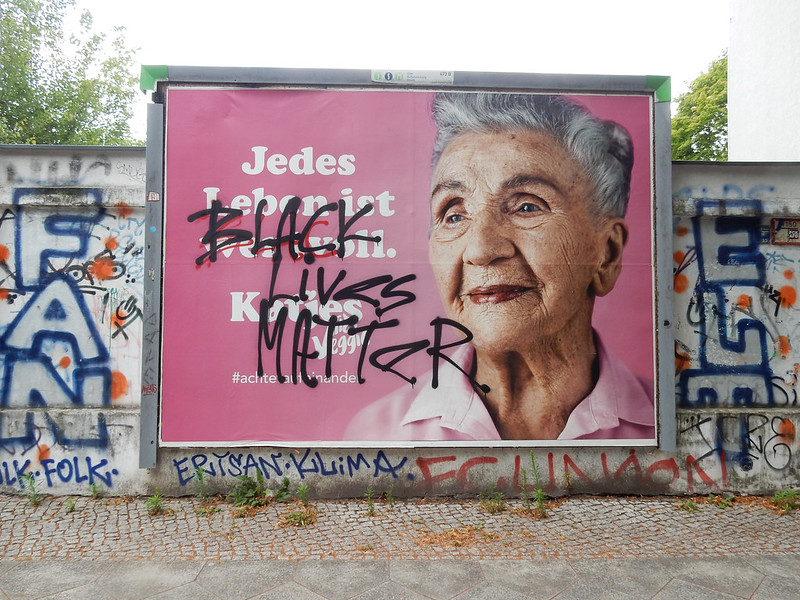 The anti-colonialist movements arrived in full force at the end of WWII, when Europe was still reeling from the impact of the Nazi occupation. Visit the historical museum at the Hague. After rooms full of pretty maps and painted Dutch burghers, you reach the room devoted to the twentieth century, where there isn’t a word about colonialism or the war in Indonesia that didn’t end until 1949. All you see are haunting photos of Holland under Nazi occupation. (There is nothing that points out that Dutch citizens were more dutiful in handing over their Jewish neighbours than any other country in Europe. Anne Frank was not an anomaly; less than 10% of Dutch Jews survived.) But few European historical museums do much better. The Imperial War Museum in London is planning a new gallery devoted to the Holocaust, but if you search ‘The British Colonial Empire’ there you will find exhibits devoted to ‘Our Allies the Colonies’ in Africa and Ceylon. A recent poll showed that not one in five Britons feels any reason for shame over the Empire.

We all prefer to see our people as heroic. When that becomes impossible, we incline to see them as victims of history. Non-Germans are usually shocked to learn that in the first postwar decades, West Germans, in particular, viewed themselves as the war’s worst victims. It’s natural to focus on one’s own wounds – postwar Europe focused on the pain of the Nazi occupation rather than the decolonization that followed it, which should have given pause for reflection.

What’s not natural is the turn that Germany took in changing its self-image from wounded victim to accountable perpetrator.  This was a slow, reluctant and incomplete process.  In arguing that other nations have something to learn from the Germans, I also argue we should learn from their mistakes. I do not idealize the German process, but I recognize its historic precedence. In creating a new concept, Vergangenheitsaufarbeitung – roughly translatable as ‘working-off-the-past’ – Germany acknowledged that you cannot have a healthy future if you bury the crimes of your past. They also showed that, while facing up to shameful histories is a painful process, nations are ultimately better, stronger and freer for it.

My book Learning from the Germans is centred on Germany and the United States, because I believe that Vergangenheitsaufarbeitung must be very particular. There’s no one-shot vaccine for facing up to history or getting rid of racism. Even every historical monument is different and demands different solutions; and that’s just a start. Local law and custom, popular culture, the songs children learn and the games they play – all of these and more must be reconsidered in detail. I’ve focused on two cultures where I’ve spent years doing such research, but the lessons apply to other countries even where the particulars are different.

The Netherlands and tolerance

What about the Netherlands? The Dutch are proud of their long tradition of tolerance, but it’s time to retire the concept. The seventeenth century idea of tolerance, practiced so well in the Netherlands, was a response to religious war and persecution. At the time, it was progressive – far better to tolerate your neighbour’s view of salvation than to exile or burn her for having a different idea than your own. After all, it’s your neighbour who will go to hell for it anyway.

But the concept was designed to apply to religious beliefs, not ethnic identities. Consider how we use the word ‘tolerance’ in ordinary language. You tolerate a pounding headache, the loud music coming from your neighbour’s apartment, the smell in the subway station the drunks have turned into a urinal.  Those are all things you don’t want but are powerless to change, and so you put up with them. Just think for a moment: do you want to be tolerated? Presumably you want to elicit respect, recognition and curiosity, just like your neighbours who come from a different culture. Goethe called tolerance an insult: at best, he wrote, it should be a temporary attitude that leads to appreciation.

Every nation needs heroes. As the philosopher Richard Rorty wrote, ‘National pride is to countries what self-respect is to individuals: a necessary condition for self-improvement.’1 It is past time for the Netherlands to acknowledge its colonial history, which at some points created a full quarter of the nation’s considerable wealth.  It also must confront the fact that it was one of the last European nations to abolish slavery in its colonies. Like England and France, whose abolitions came earlier, the Dutch compensated slaveholders for the loss of their property but never considered compensating the enslaved for lifetimes of tortuous unpaid labor. Those are crimes that must be understood and addressed, for they were fuelled by the racism that still affects Dutch citizens of colour today. But it is equally important to consider which heroes lived the values that Holland wants to honour today. Dutch history has a strong democratic tradition reflected in its wonderful painting that turned from depicting saints and kings to making ordinary life radiant. And Dutch contributions to the early Enlightenment were crucial. We just need to remember that tolerance is not the end of Enlightenment but only the beginning of it – as Goethe taught us, the first step towards recognition.