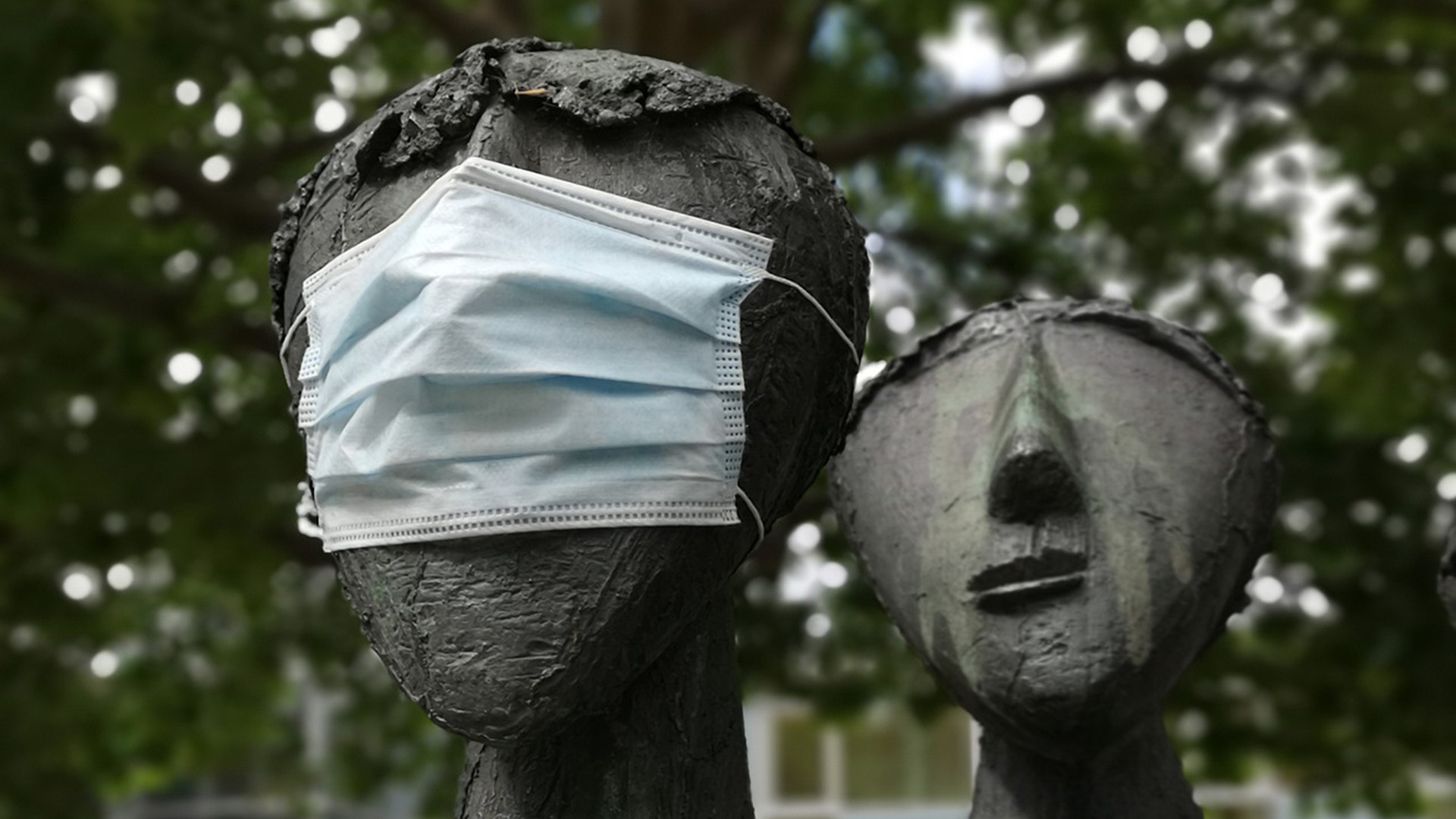 Photo by heibergerwork from Pixabay

At the moment, researchers worldwide are trying to understand how the virus infects human cells and why we observe strong differences in how our bodies handle the infection depending on age, sex or pre-existing conditions. However, besides biomedical aspects, behavioural implications of the pandemic should also be taken into consideration.

So far, much focus has been given to the psychological and behavioral changes induced by the lockdown, and how this affects personal relationships or leads to an increase in episodes of domestic violence. However, little attention has been given to the different social behaviours men and women have shown during the pandemic, which might ultimately affect the likelihood of contracting the virus. 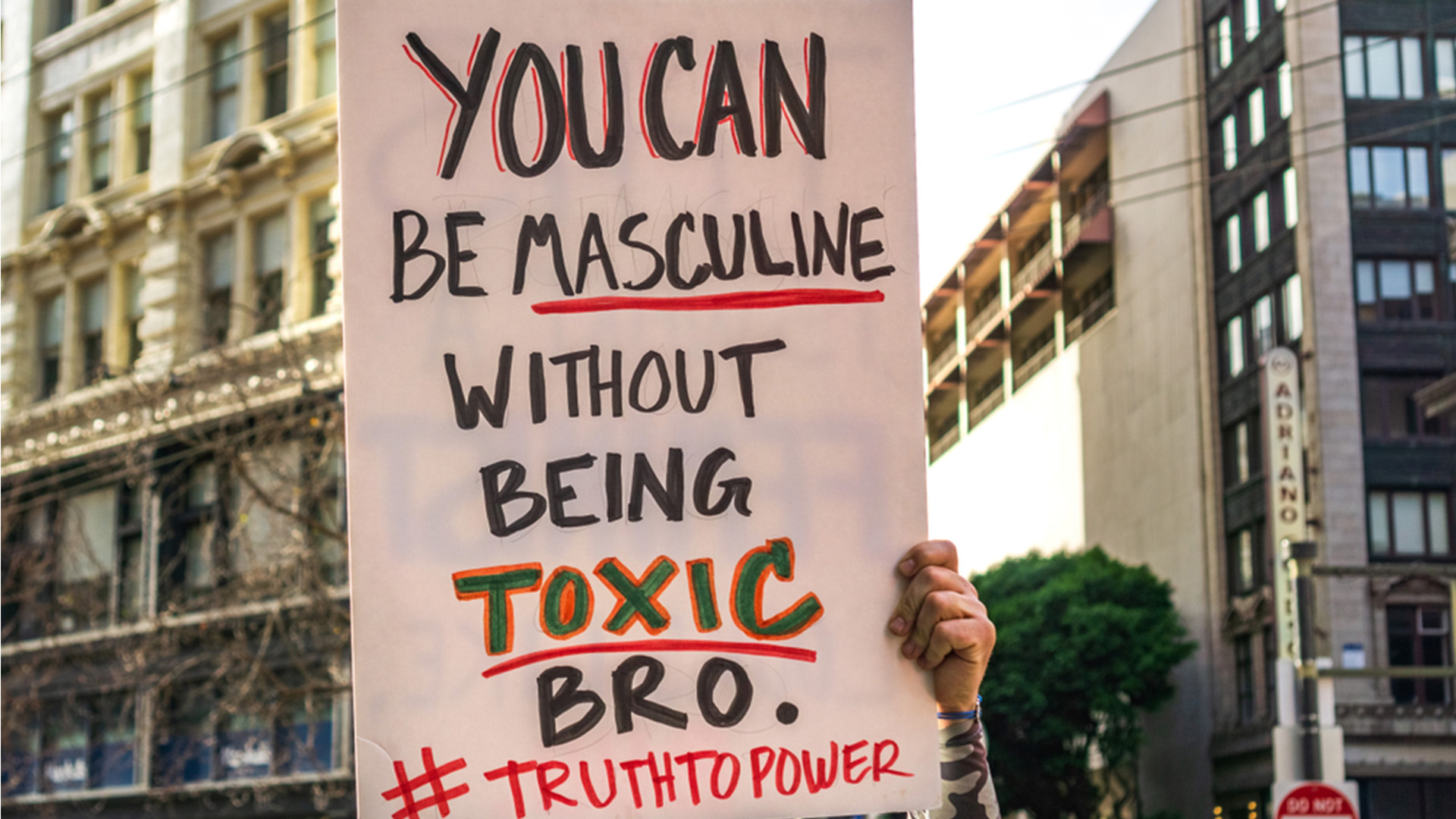 Regardless of age group, men are more likely to leave their houses during a lockdown or not follow social distancing rules. Comments such as ‘I am not afraid of this virus’ and ‘It’s just flu’ can be associated with higher percentages of men frequenting public spaces, standing closer than regulatory distances and attending gatherings of more than ten people. Although studies have not yet thoroughly investigated this issue, such tendencies raise questions about the role masculinity may play in determining behaviour that is contrary to health guidance.

And the current pandemic is not the only situation in which men have shown these kinds of worrying behaviour. The prevention of any kind of diseases has always been more neglected by men than women as exemplified by sexually transmitted diseases such as HIV/AIDS. 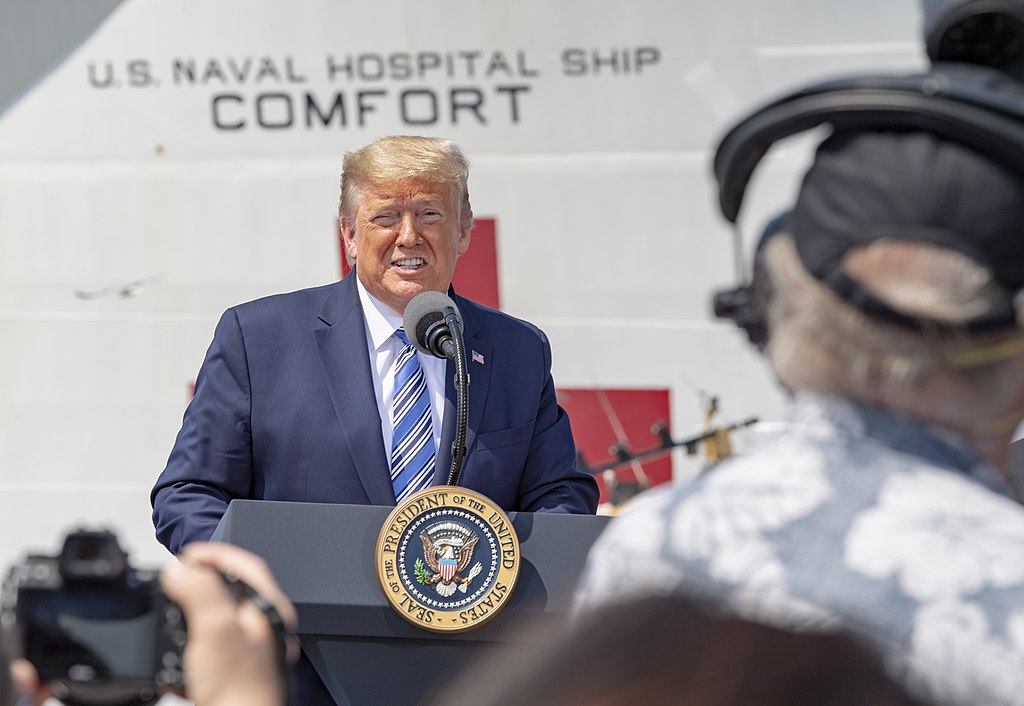 Mainstream media and governments reports declaring an ‘invisible enemy’ don’t help. Responses in many countries, including the US and the UK, have been characterized by particularly strong discourse about coronavirus and battle. ‘We are at war’ intoned both Trump and Johnson on multiple occasions when referring to the pandemic. The very vulgar masculine idea that ‘we should stand strong’ against the virus has been a poor communication choice.

Trump’s refusal to wear a mask in public, Boris Johnson’s handshake tour with COVID patients and both of their initial denials of the dangers posed by the virus are just some examples of how citizens, especially strong supporters of their governments, may have been convinced COVID-19 isn’t a problem if one is healthy and strong – which, within this discourse, translates as ‘being a man’.

It has been pointed out that countries led by women have taken swifter and made better responses to the crisis such as in New Zealand, Norway, Iceland, Denmark and Germany. Although this may not necessarily mean that women are more able to address these kinds of issues, it does suggest that the language adopted in their communication with citizens has been cleaner, more realistic and based on scientific evidence.

SARS-CoV-2 may indeed be a virus that is invisible to our eyes, but this isn’t a new phenomenon. Other pathogenic diseases such as the plague have also previously infected millions of people before leaving their trace.

In this case, however, it’s the disease, COVID-19, rather than the virus that’s the disconcertingly invisible element. In the past, invisible pathogens that have caused pandemics have had more obvious symptoms. The bubonic plague’s strikingly evident buboes (incredibly swollen lymph nodes) and gangrene were sure signs of infection; having witnessed what could have happened, people tried to avoid exposure to the pathogen at all costs. COVID-19’s symptoms, meanwhile, are often mild and sometimes don’t even appear. And, when they do, they can remind us of symptoms of other conditions such as the flu or the common cold, which we are used to dealing with over and over throughout our lifetimes. People don’t really walk around with phenotypic tags on their bodies suggesting they are infected. And, when their cough or breathing problems worsen, they are already likely to be confined at home or in a hospital room.

Therefore, the perception of danger is somewhat limited during the COVID-19 pandemic, allowing the virus to spread. Unless well-informed, people tend to have a generalized feeling of safety and underestimate the dangers this virus poses to themselves and their loved ones.

COVID-19 infection rates, though higher in men, shouldn’t necessarily affect an overall difference in the percentage of deaths between the sexes. But more men are dying from the disease. Besides the biological aspects discussed below, one cause for this discrepancy could be the higher number of untreated cases of COVID-19 in men rather than women. Currently, this cannot be proved or disproved, but there is a chance that more men are unreportedly affected by COVID-19: American data from April show that women were tested more often than men (56 vs 44%) and men were more likely to result positive to the test (23% vs 16%). While strong conclusions cannot be drawn from these preliminary analyses, it nevertheless enforces the idea that men may have higher odds of being exposed to coronavirus, which could well be related to their behaviour.

Testosterone, it would seem, really doesn’t help. Although higher testosterone levels are associated with increased fitness, the hormone is also known to contribute to immune system suppression. And preliminary evidence suggests that estrogens may even protect women from the most severe symptoms of COVID-19. Therefore, in addition to the aforementioned behavioural factors, differences between male and female biology may be important in determining the outcome of SARS-CoV-2 infections. 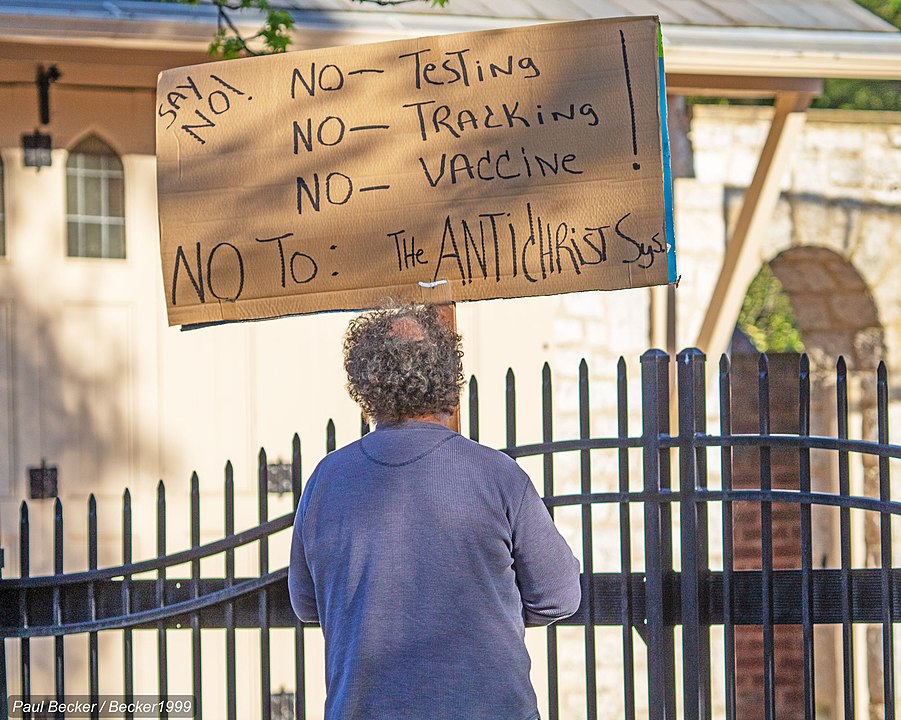 Photo by Becker1999 from Grove City, OH / CC BY via Wikimedia Commons

As a man, believing that you can personally ‘face up to this virus’ is therefore a dangerous position to take for both yourself and others. Governments should make this clear to their people rather than being complicit in the bravado. Indeed, leaders who are unable to promptly respond to a crisis can and should be removed by democratic means. A crisis like this calls for people who can make strong decisions based on solid scientific evidence without feeling the need to appear strong or brag about it. We need people to condemn and fight against ignorance at all levels, because it may be literally killing people.

And, ideally, we should make fruitful use of this historic moment when testosterone-fuelled, traditional masculine traits are evidence of a vulnerable sector of society. New models are needed that can shift our current societal ideas of masculinity from one defiant of risks to one that defines masculine strength as the ability to critically assess risks and help others to do the same.