Coordinates of a new national historiography

‘Arche’ (Belarus) gives the coordinates of a new national historiography, discusses the publishing sector in the short-lived Belarusian People’s Republic, and uncovers the roots of the aristocratic Chodkiewicz family, sixteenth-century magnates of the Polish-Lithuanian commonwealth. 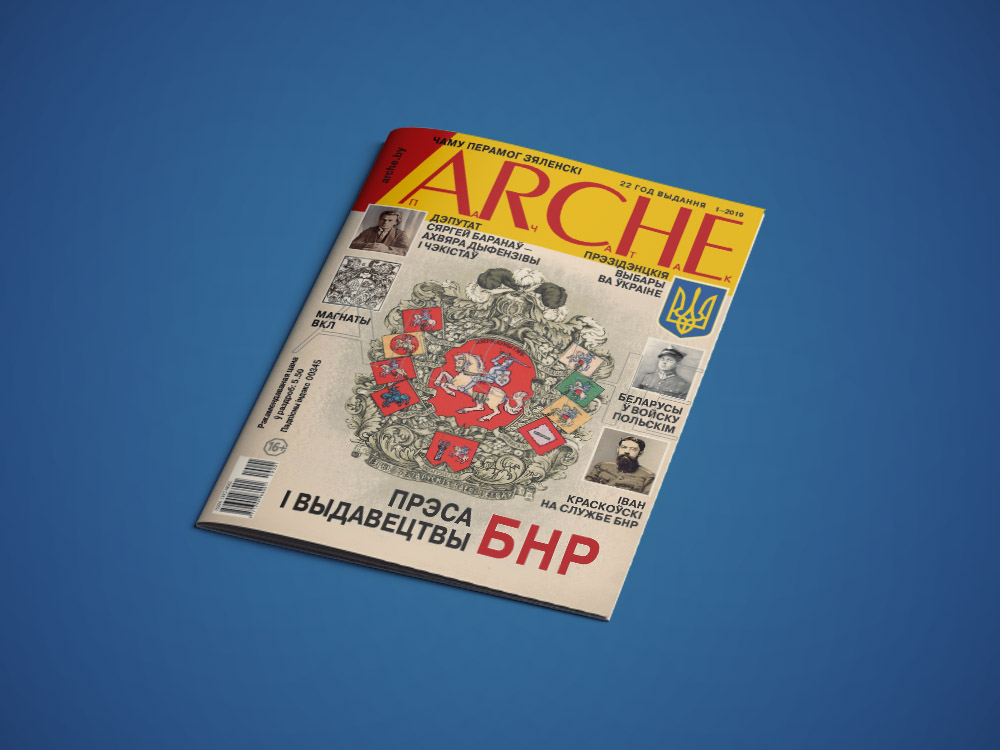 Those wanting to emphasise contemporary Belarus’s historical orientation toward the West have two points of reference. One is the Belarusian People’s Republic, which existed for around nine months in 1918. The other is the Grand Duchy of Lithuania, to which the Belarusian cultural space belonged until the end of the eighteenth century. This tendency can be seen in contributions to the new issue of Arche, which plot the coordinates of a new national historiography.

Historians Uladzimir Lyachouski and Andrey Charniakevich study the history of publishing in the People’s Republic. This is, as they say themselves, pioneering work, since this history has ‘until now not emerged as a special topic of research’. They show how a rich publishing sector developed during the period, including official publications, numerous newspapers of various political colours, printing presses, and publishing houses. At the end of the Republic, many of its supporters emigrated to Prague or Kaunas, where they continued publishing. ‘Although their political initiatives were not always successful, the cultural value of their self-sacrificing work in the publishing sector cannot be underestimated, nor can its importance for the national movement.’

Lithuanian historian Gianutse Kirkene traces the roots of the aristocratic Chodkiewicz family, who became magnates of the Polish-Lithuanian commonwealth in the sixteenth century. Family members, who served as warlords, were based in the territories of what today is Hrodna, Navahrudak, Orsha, and the Podlachia region. Kirkene tries to shed light on the prehistory of the family and its founder, Chodko Jurewicz, a nobleman of Ruthenian roots and Orthodox faith who acted as witness to the union between Poland and Lithuania in 1434.

One year after the rigged presidential elections, protesters in Belarus are still demanding a democratic shift and respond with mutual solidarity to a repressive regime. But what does it take to keep on fighting when your cause falls out of the spotlight?