Tired debates over the artistic canon replace critique of sexism, racism and classism in education, argues Hanna Engelmeier in Merkur (Germany). Also: re-reading the GDR’s literature of disappointment, and national populism thought outside the liberal box. 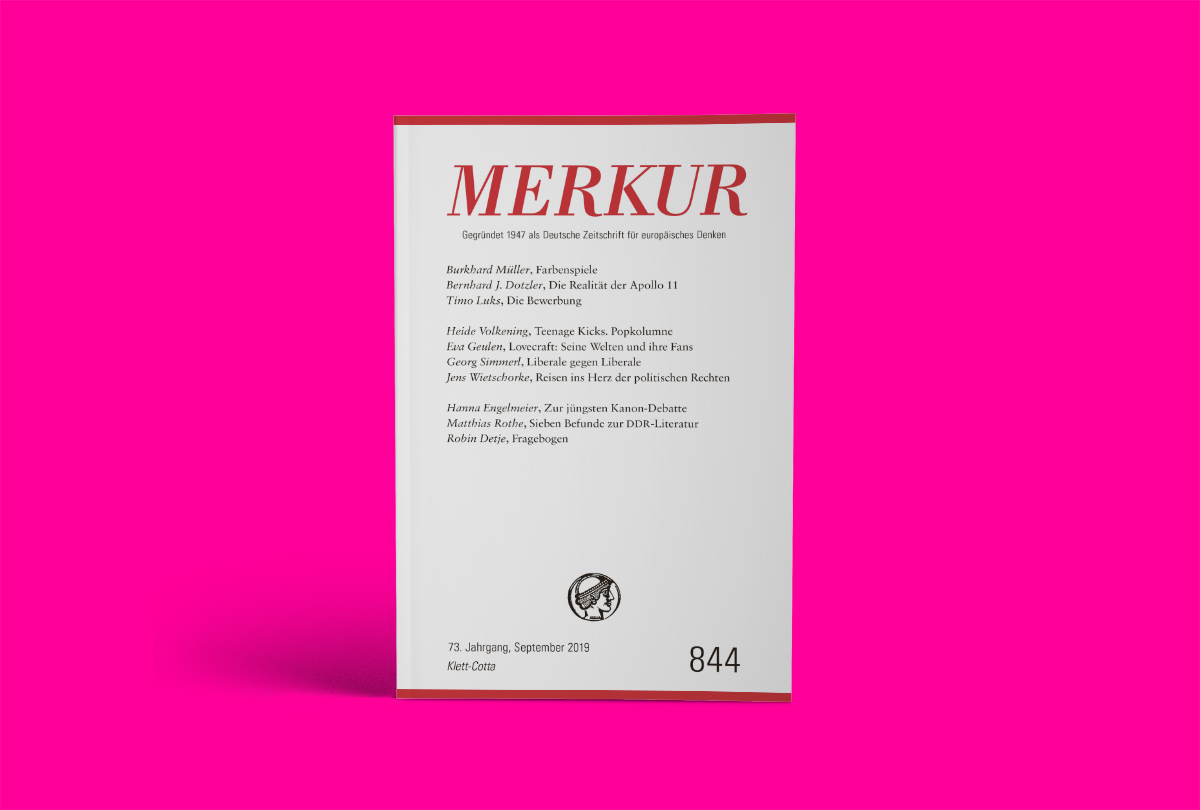 Controversy sparked by the recent publication in Die Zeit of a supposedly modern and international canon of art, literature and learning – too white, too male – prompts Hanna Engelmeier to reflect on what recurrent debates about ‘the canon’ are really about. The choice between subordinating aesthetic criteria to ‘engagement for (historical) justice for marginalized groups’ and ‘accepting an aesthetics that ignores such questions’ is ‘unattractive’. Not only that, the debate is tired. Like others before it, the latest controversy is a conflict between academic fields over claims to knowledge and institutional presence. And more prosaically: ‘the expression of generational change and probably of simple forgetfulness’.

Drawing on John Guillory’s 1993 work Cultural Capital, which made the case for ‘critique of canon-formation as critique of educational institutions’, Engelmeier argues that, instead of quarelling over the content of reading lists, we need to turn our attention to artistic and literary institutions. Here, women, non-whites and members of the lower classes are still underrepresented. The canon debate, Engelmeier writes, contributes less to our understanding of who ought to dictate what to read to whom, but to our understanding of current attitudes to racism, sexism and classism. ‘The “canon” is more the name of a debate over the status of these topics than a practical orientation in literary history.’

What does GDR literature have to say to today’s reader? Quite a lot, observes Matthias Rothe – though predominantly about failure. The novels of the 1950s and 1960s celebrated the humanity of industrial existence in the absence of the ‘new human being, freed from capitalist wage labour’. During the Honecker years, literature replaced the dichotomy between socialist progress versus those who would hinder it with a conflict between individual and society. Independence from socialist production could now be articulated, but only negatively – hence the frequency of symbolic deaths in the early work of Christa Wolf, Ulrich Plenzdorf and Volker Braun. Here, utopia remained tangible; critique immanent. Art was not ‘against the state or system, but for the whole’. Finally, in the 1980s, came the literature of disappointment. Writers like Wolfgang Hilbig and Gert Neumann, argues Rothe, expressed the scandal that nothing remained of socialist labour but the limited individual and an impoverished literary language.

Liberal critiques of populism omit a crucial element, writes Georg Simmerl: the liberal affinity with the resurgent far-right. This may be a peculiarity of Germany, where the nationalism and anti-socialism of the AfD has its immediate roots in the country’s ‘ordoliberal’ reaction to the eurocrisis – and more distantly in the ‘liberal anti-liberalism’ of post-war conservative economists, which was itself a reaction to Germany’s economic crisis during the Weimar Republic.