Portuguese journal Revista Crítica de Ciências Sociais presents a dossier on ‘The sea as object to rethink migrations’. ‘Thinking about the complexity that the sea represents in the past and in the present allows a polychromatic reading of the Human/Territory relationship as well as providing a reading of space and time,’ write the editors Marta Silva and Yvette Santos. The sea ‘is a unique space of connections and interconnections, of obstacles, but above all, of ambiguities.’ 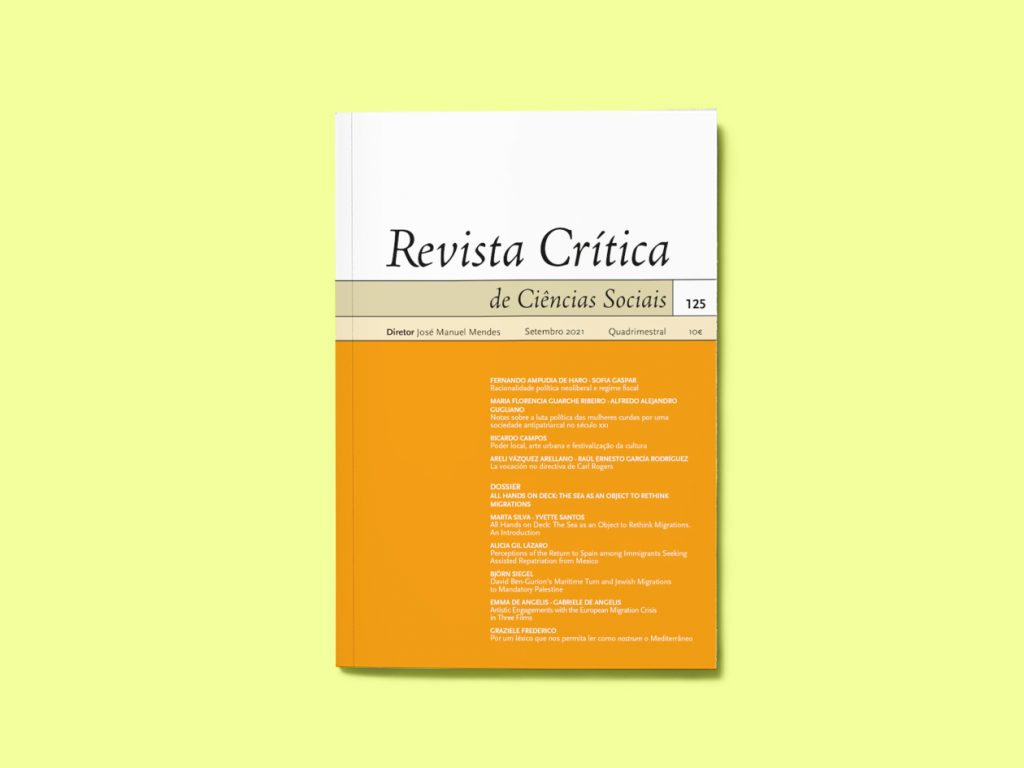 Hope beyond the sea

Alicia Gil Lázaro’s focuses on the repatriation of Spanish immigrants in Mexico in the early 20th century and the combination of nationalist discourses and imaginings of the sea.

Between 1880 and 1930, more than four million Spaniards emigrated to Latin America, of whom around 30 thousand settled in Mexico. Initially they were successful economically, however after the start of the Mexican Revolution in 1911 they faced increasing hostility and persecution. The depression of the mid-1920s strengthened the desire of many to go back home.

Letters to the consulate applying for financial support for repatriation expressed their emotions about return. As Gil Lázaro writes, ‘their hope was reborn beyond the sea. For these immigrants, their origin, their homeland and their alternative lay beyond the ocean, and the aim of these letters was to cross it again.’ In order to convince the officials, they emphasized that returning to the mother country was the highest ideal to which they aspired: ‘The mention of Spanish identity is constant in the epistolary documentation’.

Going down to the sea

Björn Siegel discusses the historical context of David Ben-Gurion’s 1937 article ‘Going down to the sea’. Zionism’s increasing interest in the sea as place of power and influence was catalysed by the Arab revolt in 1936 and the closure of the port at Jaffa, together with the introduction of the British immigration scheme and the prohibition of Jewish migration, writes Siegel.

The modernization of the maritime economy was also a key element of Ben-Gurion’s socialist Zionism, by which he ‘hoped to counterbalance the nationalist narrative of the Revisionists and their claim to land and water’.

‘The sea became a bridge for the newly evolving Jewish nation-state in Palestine, but it also emerged in a highly disputed space in the context of migration and nation-building. It was a space in which not only people and nations came into conflict and fought for legitimacy and legality, but also narratives, aspects of which serve to determine migration movements even today.’

The sea as border

Emma de Angelis and Gabriele de Angelis examine how artistic engagement with migration in the Mediterranean sheds light on collective fears about globalization and political responses to it. They focus on three films shot at the height of the European migration crisis in 2015, asking how each portrays the ‘borderscape’.

‘All three filmmakers want these films to raise awareness of the migration crisis by focusing on its human dimension and its implicit relationship to the natural dimension of human life, and in so doing, to spark a debate on our own culpability and complicity, our complex and controversial attempts to control nature, be it land or sea, and use apparently physical barriers to build or strengthen barriers between human beings.’