To understand the seriousness of the recent anti-government protests in Prague, one needs to rewind a bit. It’s been nearly a year since the billionaire Andrej Babiš and his party, the Dissatisfied Citizens’ Action (ANO), lost the Czech parliamentary elections. Together with his coalition partner, the Social Democrats (ČSSD), Babiš was defeated (just barely) by a disparate bloc of five parties, ranging from the liberal centre-left Czech Pirate Party to the conservative centre-right Christian Democrats. Headed by the centre-right Civic Democrats (ODS), this shaky five-party coalition ran and won on an explicitly anti-corruption, anti-Babiš ticket.

The lion’s share of the work necessary to mobilize voters against Babiš was carried out by the Million Moments for Democracy movement led by a young, inspiring student called Mikuláš Minář. All the arduous work of enlightening voters on Babiš’s secret interests and machinations, ensuring sufficient voter turnout and forging an unlikely coalition just to remove Babiš from power, bore fruit in the end. The ex-PM has recently gone on trial in an EU subsidy fraud case at the Municipal Court in Prague, even though he himself insists the trial is no more than a political witch hunt aimed at preventing him from running for Czech president in the upcoming January 2023 election.

The October 2021 elections brought in other significant changes: for the first time since 1989, the Communist Party fell short of the 5% threshold required to take seats in parliament. Other populist, nationalist movements such as Freedom and Direct Democracy (SPD), the Czech equivalent of the German AfD, also came out of the elections notably diminished. Less than a year ago, it therefore seemed the balance of forces in Czechia had tilted, significantly if not overwhelmingly, away from unscrupulous, corporatist populism and an anti-immigrant, anti-EU nationalist agenda to a more principled, less corrupt and safely pro-EU democratic politics.

Yet even this cautiously hopeful take on where Czechs may be headed after ten years of Babišism looks too optimistic now. On 3 September, seventy thousand (if not more) gathered at Wenceslas Square in Prague to demand ‘Czechs First’. So it seems the anti-EU populists, nationalists and pro-Russian agitators are back in force, even if only in the streets and not in the parliament (yet). How did that happen?

The organizers of the protest are well-known figures associated either directly with the parliamentary nationalists (the SPD) or with similar, smaller groupings on the political fringe. Quite a few of them first acquired a wider following during the COVID-19 pandemic, typically as anti-vaxxers, conspiracy theorists and peddlers of pseudo-science. They have now re-directed their pandemic-honed skills toward the current cost of living crisis, playing on people’s understandable fears for the coming winter. Not only was the Czech core inflation rate running at nearly 15% in August, but Czech winters tend to be long and harsh: an extra sweater is not going to cut it in temperatures of ten or even twenty below zero.

While inflating fears about the rising price of fuel, the organizers of the protest have also deliberately started stoking anti-immigrant sentiment against Ukrainian refugees, of which there are officially over four hundred thousand in the Czech Republic. Outright lies and rumours are spread on social media about BMW-driving Ukrainian men, flashing their latest iPhones, turning up just to collect the over-generous social welfare – even though most of the refugees are women with children. Social media also abound with rumours of Ukrainian president Zelenskiy renting out his Italian villa to Russians etc.

Importantly, all this resentment is re-cast in slogans that chime with Russian state propaganda. It is no accident that among the people associated with the protests one finds a Czech contributor to the Russian Army TV channel Zvezda and the TV Rossiya state broadcaster. ‘We are against price rises and against the war’ runs one such SPD slogan. Consequently, rising gas, electricity and food prices are used not just to blame the EU for the inflation but to ‘unmask’ key EU policies, such as the Green Deal and the European Energy Exchange, as strategies to ensure German supremacy in Europe. (The demand for national sovereignty, at least when it comes to electricity, sounds superficially plausible because the Czech Republic can export a surplus.) The Czech government is then denounced as a mere vassal to Berlin and Brussels and exhorted to put the Czechs first by declaring military neutrality; by striking a bilateral agreement on gas supplies with Putin; and by demanding that Germany pay further reparations for its Second World War occupation.

Some of the propaganda is beyond ridiculous, as when protesters demand that all Ukrainian refugees be returned to Ukraine so as not to ‘dilute the nation’. Mostly, however, the protest organizers are cleverly blurring the lines between plausible concern and devious misinformation. Unfortunately, the Czech government has so far proven incapable of communicating and implementing its plans for the winter in such a way as to assuage the real, legitimate fears of the genuinely vulnerable, estimated to represent a huge part (20-35%) of the Czech population. Even worse, the Czech PM initially chose to dismiss the protesters en masse, lambasting them as no more than Putin’s stooges. The real worry is, as Mikulář Minář, the ex-leader of the Million Moments for Democracy movement has put it, that this demonstration was just the tip of the iceberg: that for every protester standing in Wenceslaus Square on 3 September, there were about seven sitting at home, watching the protest on TV and silently agreeing that ‘Czechs [should come] first’ no matter what. If Babiš were to promise just that, might he make a comeback yet as the new Czech president?

This article first appeared in Dublin Review of Books on 1 October 2022. 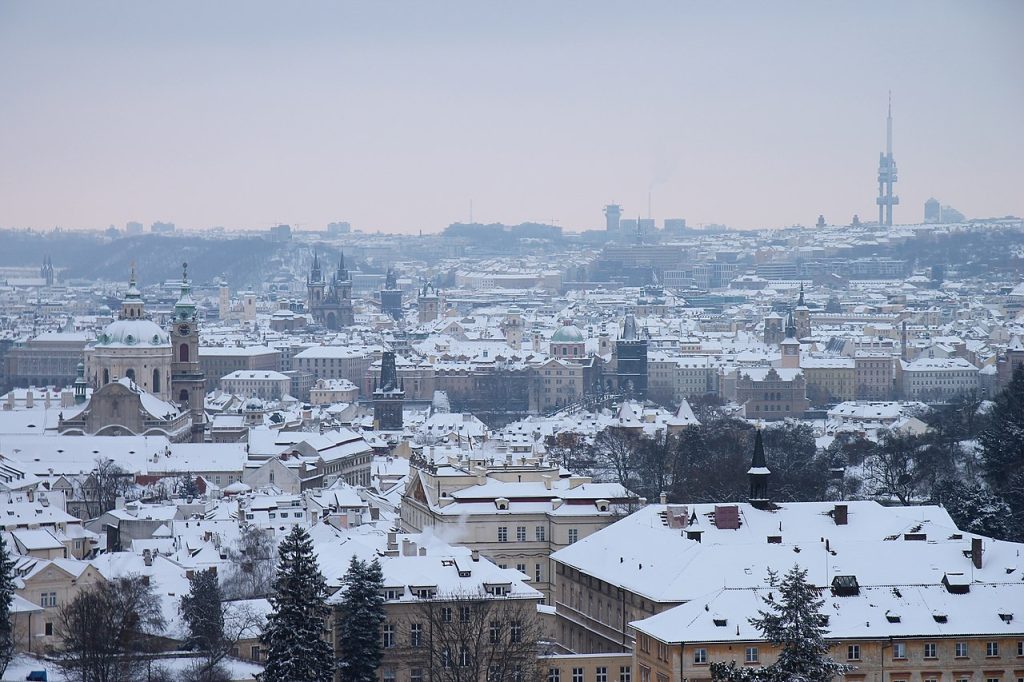