Vikerkaar sheds a light on Russian speakers living in Estonia, focusing on various aspects of their culture. 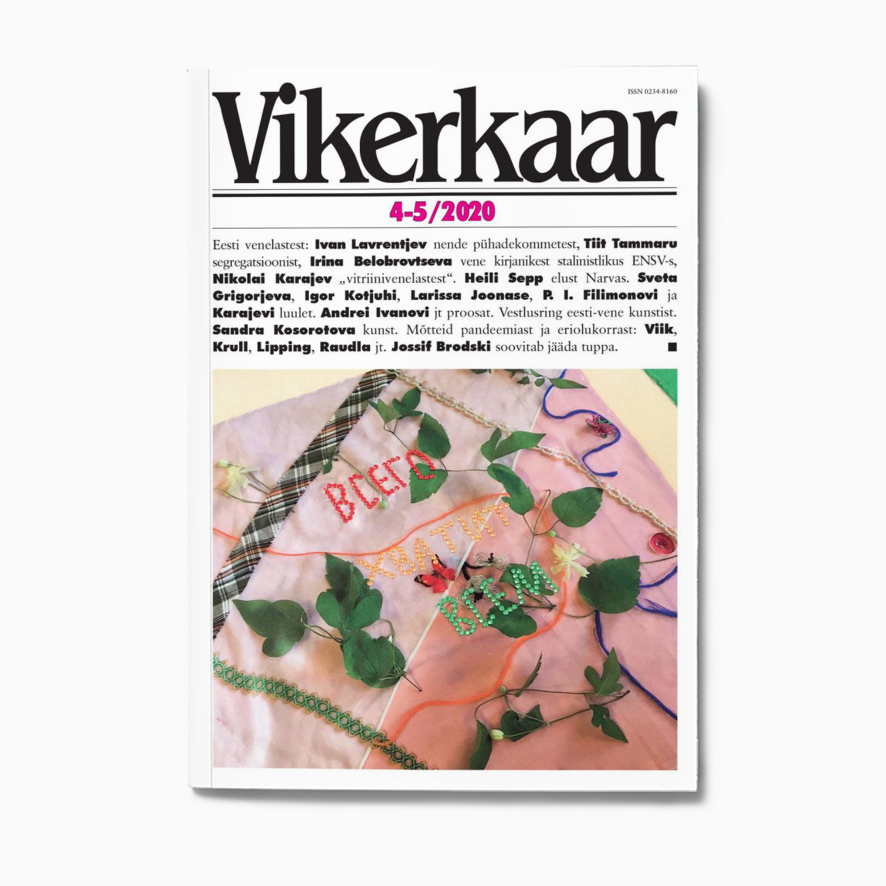 About a quarter of Estonia’s population are estimated to be Russian speakers. They include the vast majority of people living in Narva, the country’s third most populous city, as well as high-profile opinion columnists in prestigious daily newspapers, and some of the most internationally recognized novelists Estonia has to offer. Vikerkaar shines a spotlight on Russian-Estonian culture, with a focus on the everyday, the literary, and the mediatized.

The rejuvenation of Narva

Heili Sepp writes about her experiences living and working as a judge in Narva. A thriving border city in the early twentieth century, Narva was bombed to the ground during World War II and became an industrial town for workers and engineers in the nearby oil shale mines. Today, Narva has experienced something of a rebirth.

As the member of the Estonian minority in the city, Sepp reflects on the bizarre attempts of the Estonian state to put its stamp on the city, through small acts of fruitless bureaucracy, such mandating signage in Estonian. She reflects on discussions of urban renewal, asking what ‘restoring Narva’ means in a city that has been destroyed and rebuilt many times, and where more Estonians from ‘the mainland’ are finding their way to just as its long-term Russian residents are leaving for better opportunities in Tallinn or further West.

Urban geographer Tiit Tammaru surveys the deepening segregation of ethnic communities in Tallinn. In 1989, most districts had an even mix of Estonian and Russian inhabitants; today, Russian-speakers have concentrated in the Soviet-era mass housing district of Lasnamäe, while the formerly proletarian districts of North-Tallinn have gentrified and become increasingly Estonian. Tammaru attributes these divergences to the free-market policies enacted in the 1990s, which allowed better-earning Estonians to buy apartments in new developments and historical districts, leaving Soviet-era projects for the Russian-speakers.

Nikolay Karayev discusses the phenomenon of ‘window dressing Russians’ – Karayev’s term for token commentators in major newspapers and broadcast networks who speak from the position of the ‘Russian-Estonians’ while delivering nationalist Estonian readers a soothing message that downplays conflict and reinforces the righteousness of nationalist integration policies.

Click here to subscribe to our weekly newsletter, to get updates on reviews and our latest publishing

Memory, especially when traumatic, is often considered contentious rather than being recalled and honoured. Years of activism that went into uncovering the stories of victims of mass repression, memorialized and archived at Memorial, the NGO the Russian state recently forced into closure, now needs further rescuing.