A change for the worse

Despite falling numbers of immigrants, the hardline border policy of Italy’s ‘government of change’ remains popular. The decision to close Italian ports to NGOs working in the Mediterranean and the delegation of rescue operations to the Libyan Coast Guard are having increasingly lethal effects. How long can the Italian public continue to ignore a humanitarian crisis?

Italy is a beautiful country, but very strange indeed. And Italian politics is no exception. After the elections on 4 March this year, it took three months before a new government was sworn in. It has now been a month since the Prime Minister, Giuseppe Conte, vowed on the Constitution at the Quirinale Palace.

Italy’s heavily flawed electoral law did not produce an overall winner. What it did produce, without a doubt, was a major defeat: the Partito Democratico (PD) saw its support plummet. As we know, the two winners were the Five Star Movement (M5S) and the Lega (‘League’, previously the ‘Northern League’), in that order. After the PD’s unwillingness to team up with the M5S, a ‘coalition deal’ was eventually drawn up between M5S and the League. The party leaders, Luigi di Maio and Matteo Salvini respectively, took the role of joint Deputy Prime Minister, along with crucial cabinet positions: Di Maio became Minister for Labour and Development and Salvini became Interior Minister.

From the outset, it has been clear that the leader of the League would play a frontline role. In terms of media exposure, Salvini has overtaken Conte himself, a law professor with no political experience whatsoever. What he has essentially done is to extend his election campaign, continuing to emphasise issues linked to immigration and the supposed ‘invasion’ of Italy. His campaign was laced heavily with doses of hate speech and racism – a case in point was his plan to register Italy’s Roma population. All of this has had the desired effect, with the League also making unprecedented gains at local elections held recently in some of Italy’s main cities. The party snatched some traditionally leftwing constituencies from the PD, including in cities with strong historical links to the former Italian Communist Party such as Siena.

Salvini has remained in the spotlight throughout, expressing his stance on a range of issues in a way that is as unambiguous as it is superficial. He launches his provocations from various platforms, from Twitter and Facebook to town-square rallies, employing the classic techniques of rhetoric. His statements have been heavily reported by the press and television and have often directly involved well-known personalities in Italy and abroad, such as the writer Roberto Saviano. Salvini threatened to remove Saviano’s police escort, which has protected him since 2006 after he received death threats from the Neapolitan mafia following the publication of his blockbuster exposé Gomorrah.

The prevailing issue, however, has always been immigration. Many have compared the Lega leader’s propaganda with the reality, however to no effect. The fact that the number of African migrants entering Italy has dropped sharply from 2017. This is mainly due to the previous government’s policies on Libya, which were not all that different to those advocated by the European right. The creation of ‘hotspots’ in Libya, revealed by several studies to be nothing short of detention camps, has curtailed migrant crossings significantly.

Then came the decision, upheld by the Minister for Infrastructure Danilo Toninelli (M5S), to close Italian ports to the NGOs operating in the Mediterranean between the coasts of Libya and Italy. This drew condemnation from Pope Francis and the Catholic church and many international organisations, as well as heavy public criticism. Salvini has latched onto the conspiracy theory, put forward by the Public Prosecutor’s Office of Trapani last year, that some NGOs are directly involved with human traffickers based in Libya. The Public Prosecutor of Siracusa (Sicily), Francesco Paolo Giordano, stood before the Defence Commission of the Italian Senate to refute the theory, but to no avail. It was Salvini’s extremism that led to the denial of entry to the SOS Mediterranée rescue ship Aquarius: after days at sea with 629 passengers – people who had escaped death, including many women and children – the vessel was forced to sail on for many miles in rough conditions to reach the port of Valencia. 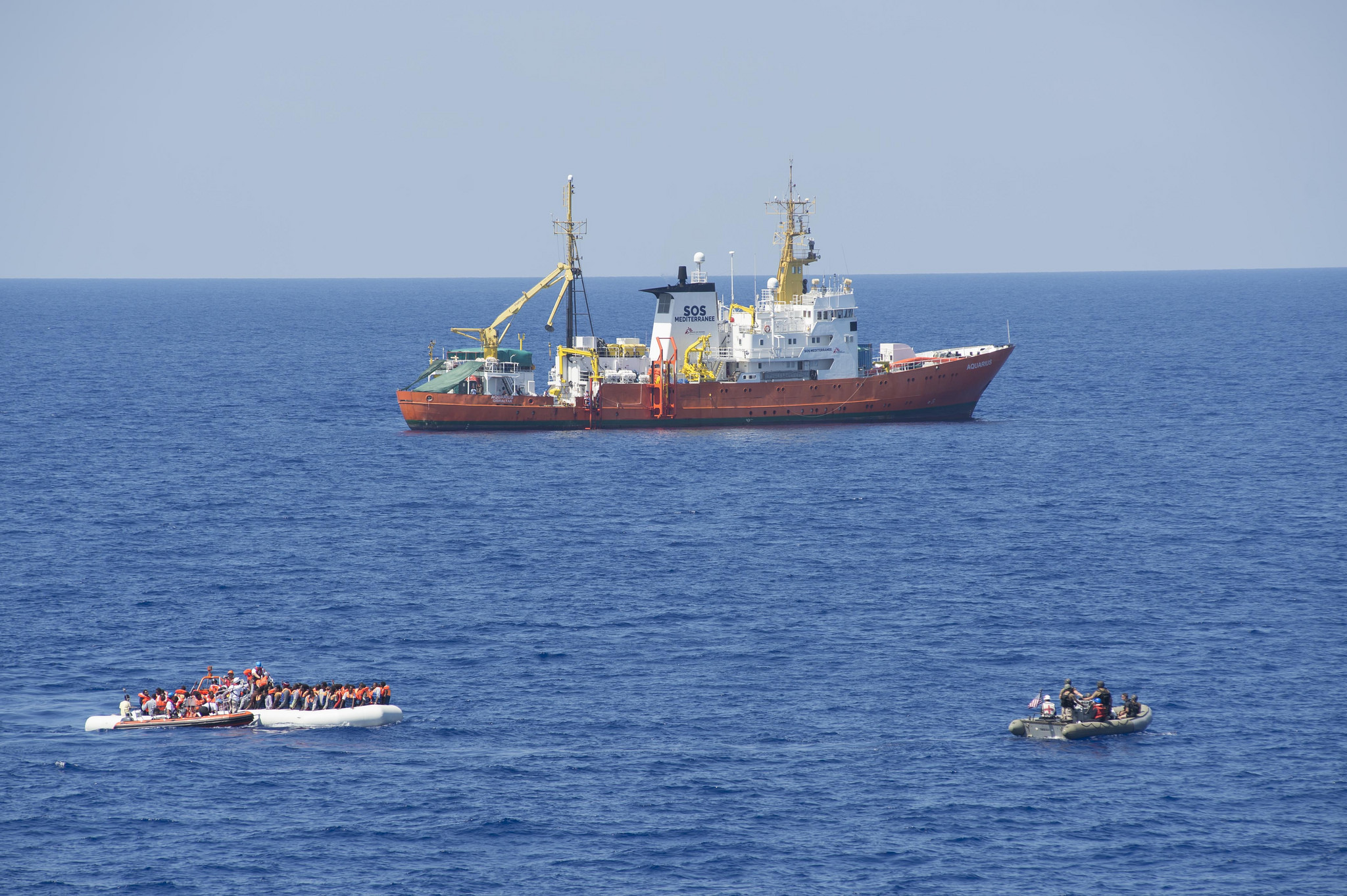 According to estimates by humanitarian organisations, the Italian policy has caused a sudden rise in migrant deaths at sea, despite the general fall in departures from Libya. Last week alone there were nearly four hundred, maybe more. The decision to delegate rescue operations to the Libyan Coast Guard has meant that those who do leave Africa are much more likely to drown in the Mediterranean or be sent back to the detention camps.

At the European Council summit on 28 and 29 June, Italy ‘sounded off’, only to return home with very little to show. The much-debated ‘alliance’ with European parties similar to the Lega, with Fidesz being the first, would be a disastrous own goal for a country of first arrival such as Italy. What’s more, the Italian government’s needlessly pugnacious attitude risks undoing decades of diplomacy, both between Italy and other European countries and across the Atlantic. This is in no small part due to its relationship with Russia.

How long can all this continue? That’s the question that onlookers are asking themselves. At what point will the large proportion of the Italian public that now unconditionally supports Salvini feel unable to ignore the humanitarian crisis and the gaping chasm between government propaganda and the hard facts? It is hard to say. Italy is a country that is demographically poor, ageing rapidly and has a major problem sustaining pensions expenditure. The Five Star Movement, whose ratings have plunged over the past month with disappointing results in the local elections in June, is attempting to face up to the situation. Di Maio has just presented a Legislative Decree in parliament known as the ‘Dignity Decree’, which attempts to quash the social problems deriving from the increasing insecurity of the Italian labour market. But here again, experts have already pointed out the vast discrepancies between the miraculous-sounding solutions and the probable effects.

The ‘government of change’ – as the two leaders have christened their administration – is turning out to be the government of propaganda. While results have yet to be seen, one important event should be noted: the Supreme Court ruling confirming the accusation that Salvini’s party unlawfully pocketed some €49,000,000 for electoral expense reimbursements. Taxpayers’ money that the League will have to pay back.